George R. Reeves was born on January 3, 1826, in Hickman County, Tennessee and died on September 5, 1882 . He was the fifth child in his family growing up. Jane Moore is the lucky woman who married George Reeves and together the two had twelve children . Before the Civil War Reeves and his family moved to Grayson County, Texas in 1846 . George R. Reeves was amongst the first pioneering members of Grayson County, Texas, where he served as the Grayson County Tax Collector from 1848-1850 . From 1850-1854, Reeves served as the County’s sheriff. Shortly before the civil war began, Reeves had represented the county in the Texas legislature from 1856 to 1858 . The community around Fort Johnston renamed themselves Georgetown, for his work in the legislature . At the beginning of the Civil War William C. Young and his 11th Cavalry were stationed in Grayson County, TX. George R. Reeves’ raised a company from Young’s 11th Cavalry where he became colonel . Fighting in the Battle of Chickamauga and participating in the Hundred Days Atlanta Campaign Reeves was recognized . The Confederate camp in Grayson County, TX was named Camp Reeves for his contribution in the war. After the Civil War Colonel Reeves continued to live his life in Grayson County and served as the Texas Legislature again in 1870, 1875, 1879, 1881 & 1882 . His last year he served as the speaker of the House of the State of Texas. Georgetown Cemetery also called Blue Hole Cemetery, and San Gabriel Cemetery lies along the South San Gabriel River. Established in 1840-1902 this was the burial spot for George R. Reeves after he died from hydrophobia from being bitten by a rabid dog . 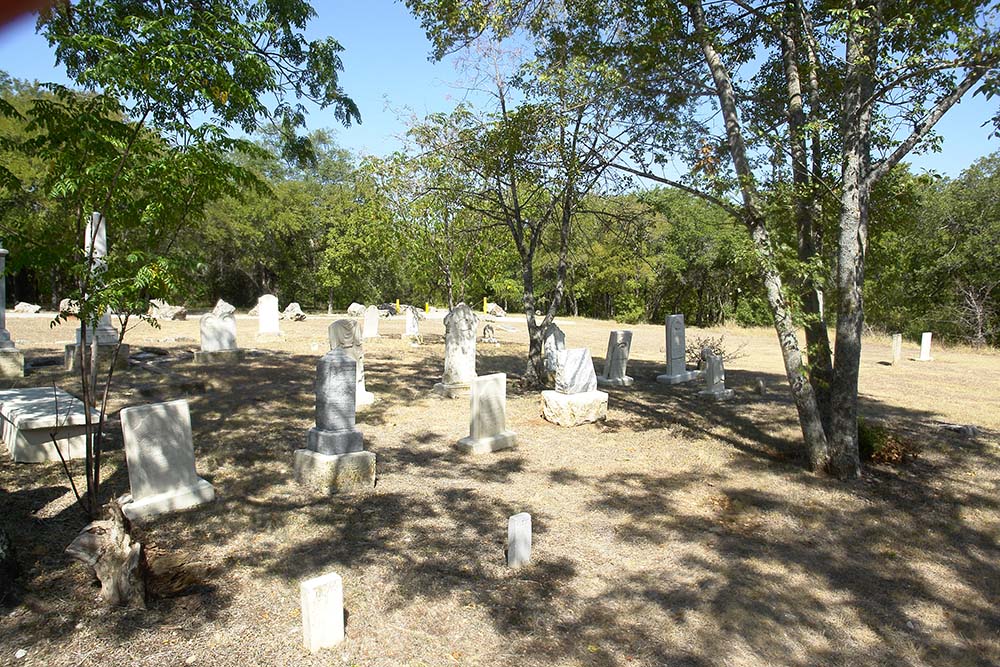