Declared a Texas Historical marker in 1985, the Lone Star Masonic Lodge No. 403 is a piece of history for the Freemason fraternity. After being chartered in 1874, the lodge was expanded twice in its lifetime. In 1876, The Lone Star Masonic Lodge No. 403 was only one of the two lodges in Denison. The lodge was recognized as an active participant in helping the MHC organization. The lodge also hosted meetings for the Grand Charter and was used by the Billie Mosse group until their own building was chartered in 1921.

Car show hosted by the lodge on May 5th, 2018. Located on S Fannin St. The lodge is behind the cars with a white sign attached to the front. 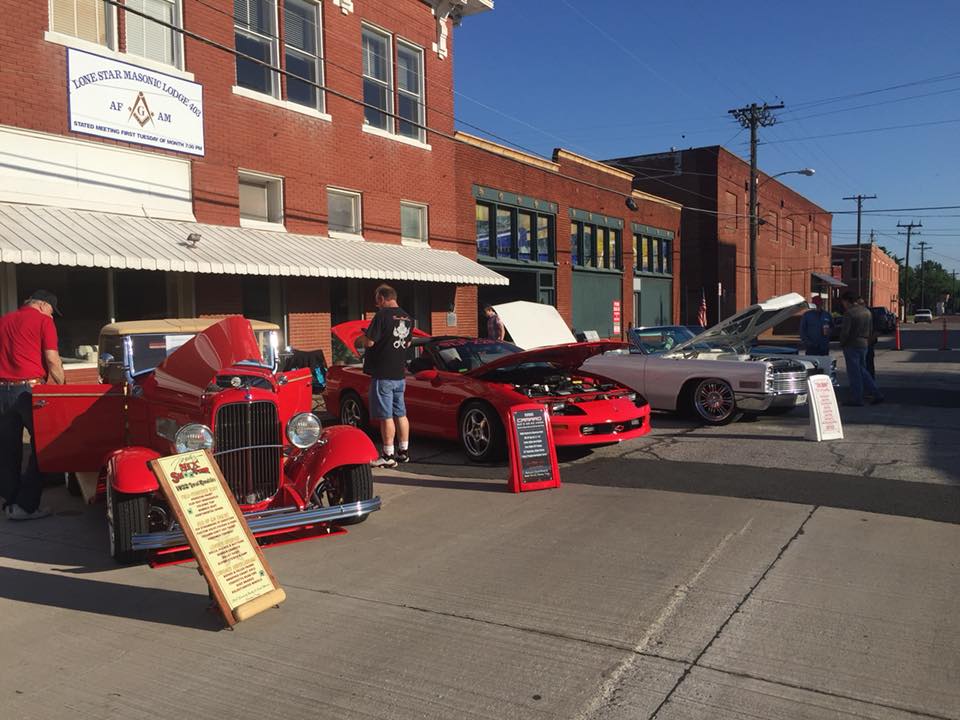 The front side of the Masonic lodge facing Fannin St. This was used for the main entrance to the inside of the lodge. 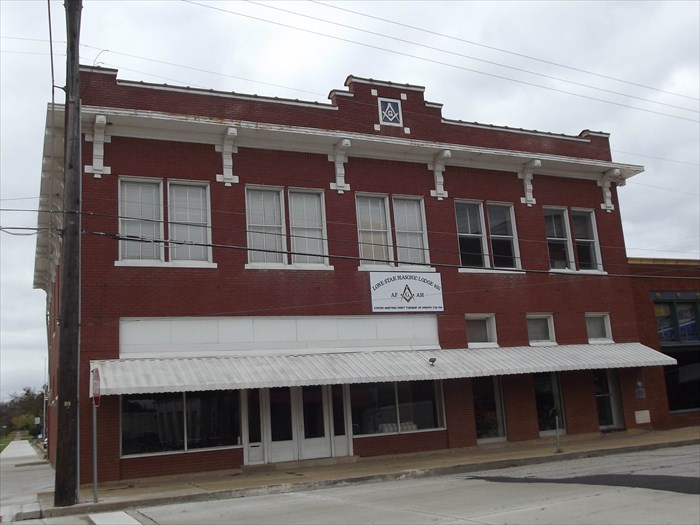 The Texas Historical land marker for the lodge facing Fannin St. This was given to the lodge in 1985 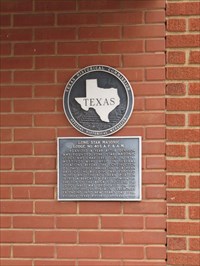 When Denison was founded in 1872, the Lone Star Masonic Lodge No. 403 was founded only two years after. The lodge was chartered on June 6th, 1874. In 1876, there were only two Masonic lodges in the Denison area and a total of four in Grayson County. The only other lodge at that time was the Denison Chapter No. 138. About twenty-four years after being chartered, the members of the lodge expanded the building to create more room for the meetings held inside. In 1900, the northern side of the lodge was expanded followed by the southern part fifteen years later.

Members of the Billie Mosse group used the Lone Star Lodge No. 403 as their main meeting center before their lodge was chartered in 1921. The Lone Star Lodge hosted the eighth annual meeting for the Grand Charter on the twenty-first in October of 1890. The Grand Charter Order is a fraternity of women that is part of the Eastern Star. The lodge hosted a car show on the final day of the three-day meeting.

The Lone Star Lodge No. 403, was recognized as an active participant in helping the MHC organization with a project to help teach children and parents ways to prevent dental problems. This project helped families avoid expensive operations in the future. The MHC, also known as Masonic Home And School Of Texas, was founded in 1899.

The Lone Star Masonic Lodge No. 403 also helped other fraternity groups with the initiation processes. On April 11, 1941, The Denison Press released an announcement that thirty members of the lodge led by Walter P. Lebrecht, would have a caravan at 6:45 in the evening. The caravan went to Whitewright to perform the master's degree for a member of Whitewright. The degree is needed to become a master mason for the fraternity. Forty years later, The Lone Star Masonic Lodge No. 403 was declared a Texas Historical marker in 1985 and was given a medallion and plate for its recognition.