This simple 1.5-story home museum was the birthplace of its namesake, Liberty Hyde Bailey (1858-1954), who was an educator, horticulturalist, and botanist. He is known as the "father of modern horticulture." He also became a leading figure in the nature-study movement and an expert in rural politics and culture. He also co-founded the American Society for Horticultural Science and served as Dean of the College of Agriculture at Cornell University. The museum features a permanent exhibit with original artifacts associated with Bailey and his family. Interpretive signs give information about his life and work. For those interested, there is also a research library and archive that contain books Bailey wrote as well as correspondence and other materials.

The Liberty Hyde Bailey Museum is the birthplace of its namesake, the father of modern horticulture. 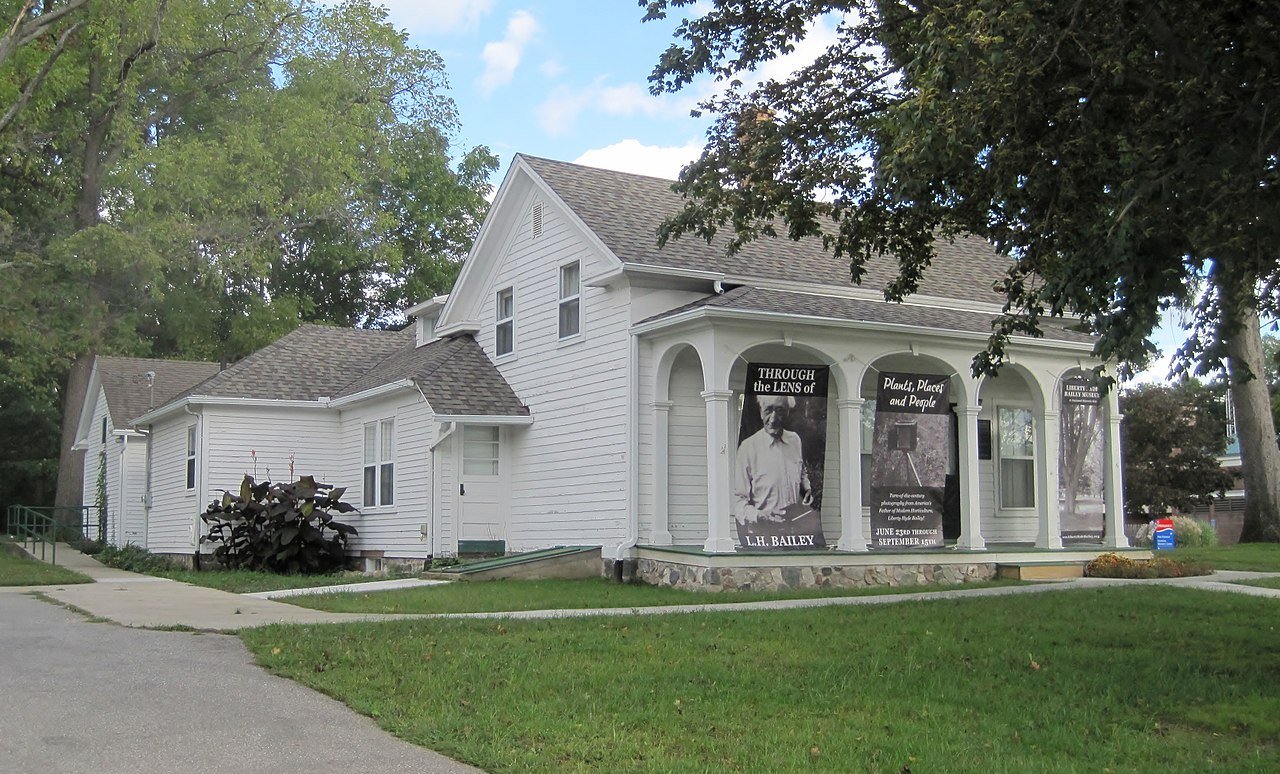 Bailey's experience growing up in this area, which was still frontier at the time, shaped his worldviews significantly. He enjoyed exploring the wilderness and grew to love plants and animals. He graduated from Michigan Agricultural College (now Michigan State University) in 1882. In 1883, he was hired to be an assistant to famous botanist Asa Gray at Harvard. He came back to Michigan Agricultural College in 1884 to become professor and chair of the Horticulture and Landscape Gardening Department, which was the first horticulture department in America.

In 1888, Bailey was appointed chair of Practical and Experimental Horticulture at Cornell University. In 1904, he co-founded the College of Agriculture. In 1907, after giving a speech about the Country-Life Movement, which advocated for improving the lives of people living in rural areas, President Theodore Roosevelt (who heard the speech), appointed Bailey the national chair of the "Commission on Country-Life." The Commission proceeded to study the lives of rural Americans and what could be done to improve their living conditions. Bailey wrote the Commission's report in 1909.

Bailey was a prolific writer throughout his life, penning or editing over 200 books that explored a range of topics including plants, farming, and even democracy. During his retirement years, he went on several botanical expeditions to collect plants; he traveled to the Caribbean, Central and South America, and other places. At the age of 92, he was planning a trip to the Congo rainforest but broke his femur in a revolving door. He declined after this but lived for four more years. He died on Christmas Day in 1954.

"A Boy Named Liberty, and a Man for All Seasons." The Bailey Museum. Accessed December 5, 2018. https://libertyhydebailey.org/about/about-bailey.