The Ida Lewis (Lime Rock) Lighthouse’s first station keeper was Hosea Lewis, appointed on November 15, 1853. Lewis originally had to row 200 yards to reach the lighthouse before a small one-room building was built on Lime Rock to be followed by a permanent dwelling in 1855. Hosea was station keeper until 1857 when he had a stroke and was permanently disabled and died in 1872. After Hosea’s death, his wife and two daughters (Ida Lewis being one) were left to care for the lighthouse. However, the second daughter was very sick and unable to do much leaving much of the work to Ida. Finally, in 1879 with assistance from Senator Ambrose Burnside, Ida was appointed lighthouse keeper after her mother resigned. 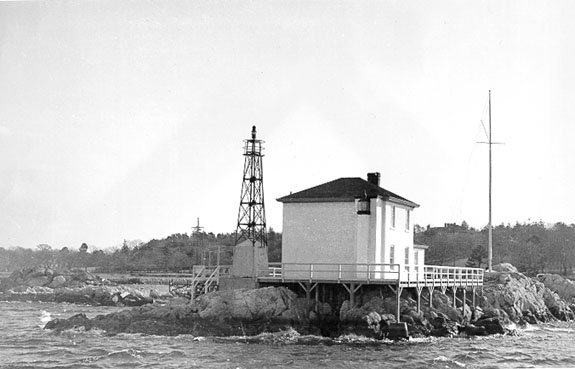 Fig 2. Ida Rowing to the Rescue 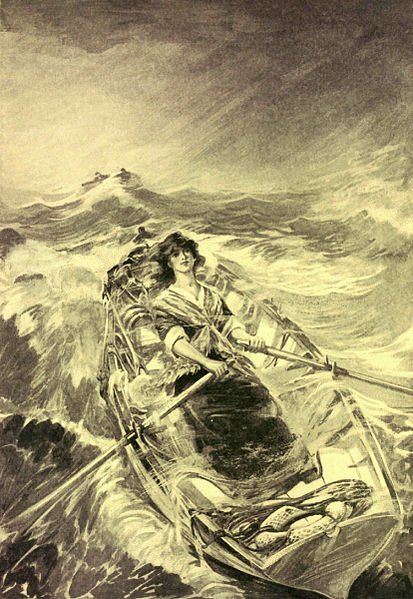 Ida Lewis is most famous for all her daring rescues. Her first rescue took place in 1858 when she was only sixteen; when four boys had capsized and she launched her boat to save them. Over the years, Ida saved over a dozen people from drowning. The most famous rescue that she had was on March 29, 1869, when she saved two soldiers from drowning. This rescue was actually featured in Harper's Weekly with a full account. According to the article, the two soldiers had started from Newport for Fort Adams under the guidance of a small boy who professed to be capable of managing the boat. About halfway to their destination, the boat was swamped and the small boy perished almost immediately. Ida’s mother saw the soldiers and alerted her daughter to their misfortune. Ida and her younger brother went out into the “fearful gale” to rescue the men. When she finally reached them, one of the soldiers is quoted to have said, “it’s only a girl”; the soldier then lost his grip and sunk beneath the waves and the second soldier was too cold to move. Ida pulled them both into the safety of the boat. After this daring rescue, the soldiers gave Ida a gold watch in thanks and the citizens of Newport presented her with a boat. Additionally, Ida was awarded two medals for lifesaving, the first from the Humane Society of Massachusetts and the second was a gold Lifesaving Medal of the United States Service. This medal was mentioned in a March 20, 1881, article in the New York Times. The Times article refers to Ida Lewis as the “heroine of Lime Rock”.