Located just north of the town of Buchanan is an ancient Native American archaeological site called Moccasin Bluff. Natives peoples lived on this site for around 8,000 years between approximately 6300 B.C. and 1400 A.D. For a long time, it appears that Native peoples used the site temporarily but starting around 1,100 A.D. permanent settlements were established. European settlers arrived in the 1820s. Unfortunately, many burial mounds on the site were destroyed when the Joseph Valley Railroad (what is now the Red Bud Trail) was built in 1881.

This historical marker indicates the location of the site. Please note that the map location is general and not the exact spot of the marker. 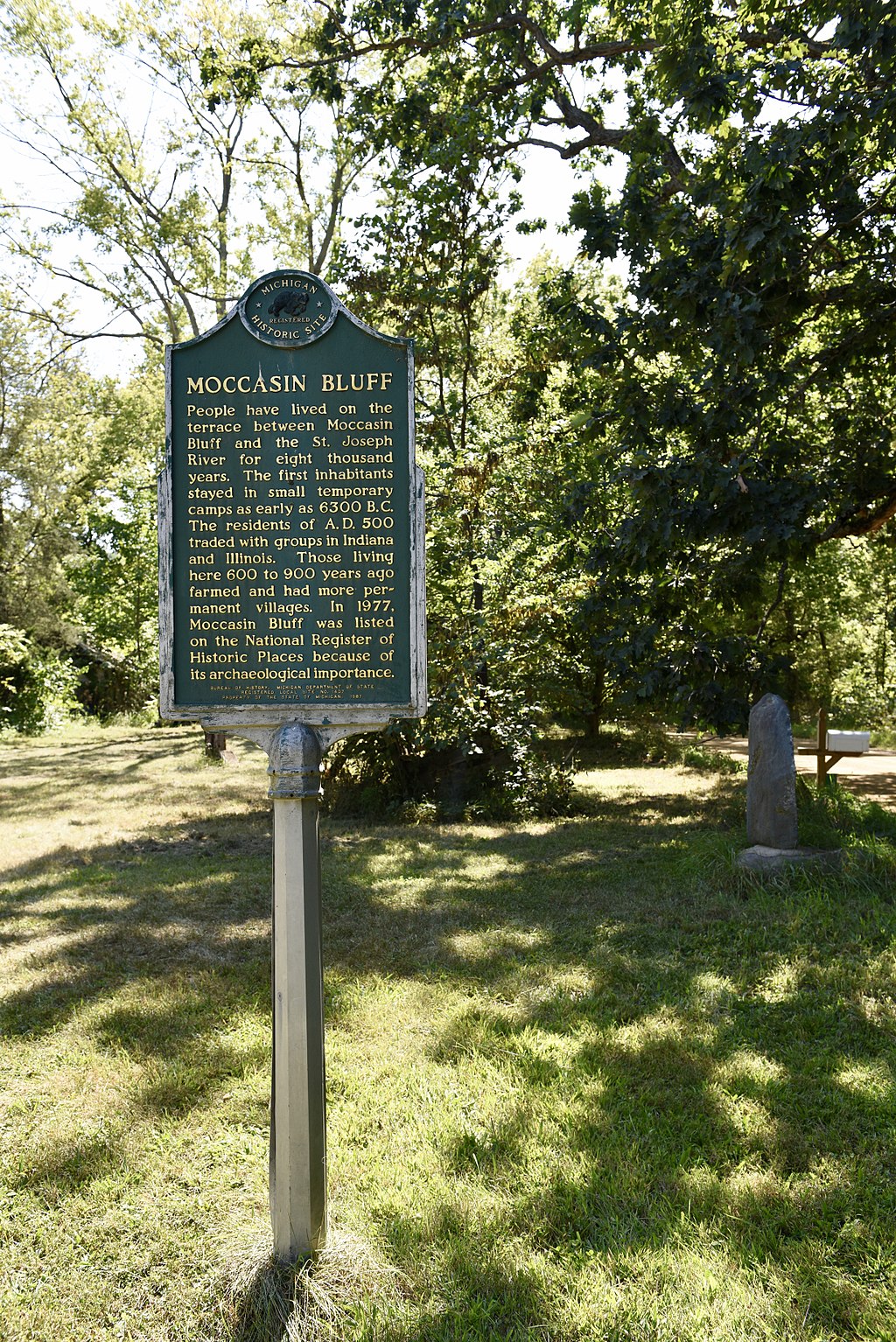