Protest against Discrimination at Mel's Drive-In, 1963

Mel's Drive-In became a popular San Francisco eatery almost as soon as it opened in 1947. In fact, owners Mel Weiss and Harold Dobbs created what would soon become an iconic franchise with 13 locations by 1963. In that year, the owner's practice of only hiring African Americans to work as cooks and dishwashers came to light. In the Fall of 1963, civil rights advocates formed the Ad Hoc Committee to End Discrimination and decided to make Mel's Drive-In the first target of their protests. Student members of the committee picketed the restaurant. When pickets failed to end the discriminatory hiring practices, the group organized sit-ins at this restaurant, as well as three other Mel's Drive-In locations in San Francisco. The protesters also worked to thwart owner Harold Dobbs mayoral campaign. 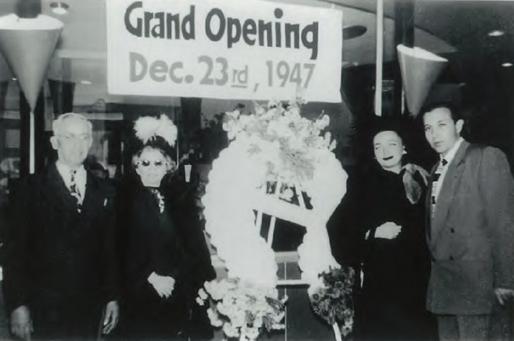 First Mel's Drive In opened in San Francisco near Mission street, seating over 75 people inside and 110 cars outside. 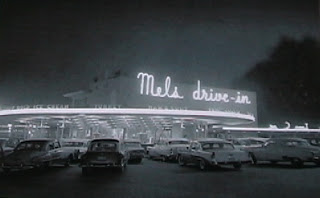 Protesters carry signs asking "Where are the Negro waitresses?" and encouraging would-be patrons to "drive out" instead of "drive in." 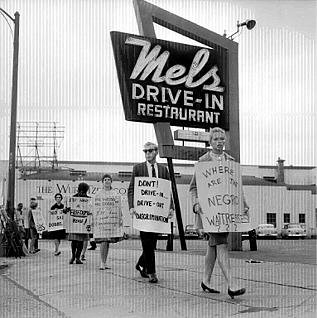 More than 100 protesters were arrested after they occupied all the seats in the restaurant and refused to leave until African Americans were hired for all positions. 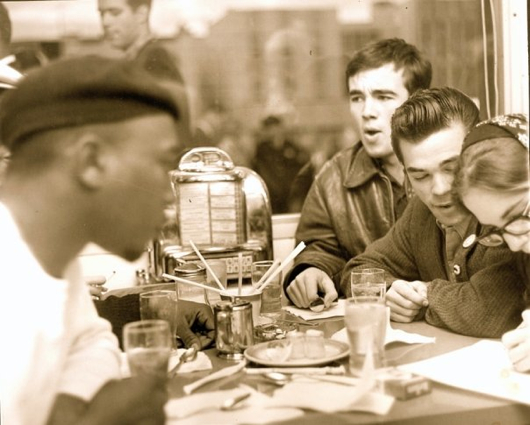 In October 1963, the informal discrimination against African American workers and customers led to pickets and sit-ins against the restaurant and its owners. Although the restaurant certainly did not have any signs or official policies, yet it was well-known that Harold Dobbs only hired African Americans as kitchen help.

Formal protests against the restaurant began in October 1963, when students mostly from the University of California at Berkeley and San Francisco State, came together to protest the informal but seemingly universal rules against hiring African Americans as servers. This protest continued until the first week of November, and was the largest of its kind in San Francisco.

The sit-ins may have been the reason why the mayoral candidacy of owner Harold Dobbs was not successful. The protest seems to have been effective, as the restaurant soon began hiring Black workers for all positions and made a point to quickly hire a few African Americans for "front-of-the-house' positions as a way to end the pickets and protests.