The WROX building located in Clarksdale, Mississippi was the home to the first black DJ Early Wright, "The Soul Man". This radio station reached over 66,530 radio owning families in the area. They were able to enjoy the sounds of beloved radio shows such as "Sonny Boy's Corn Meal and King Biscuit's show", a Blues show out of Helena Arkansas. There were also numerous other programs such as Sunday morning gospel, news, sports, comedy, drama, and most importantly blues.

On the morning of June 5, 1944, Clarksdale's first radio station, the WROX, went on air in this building. 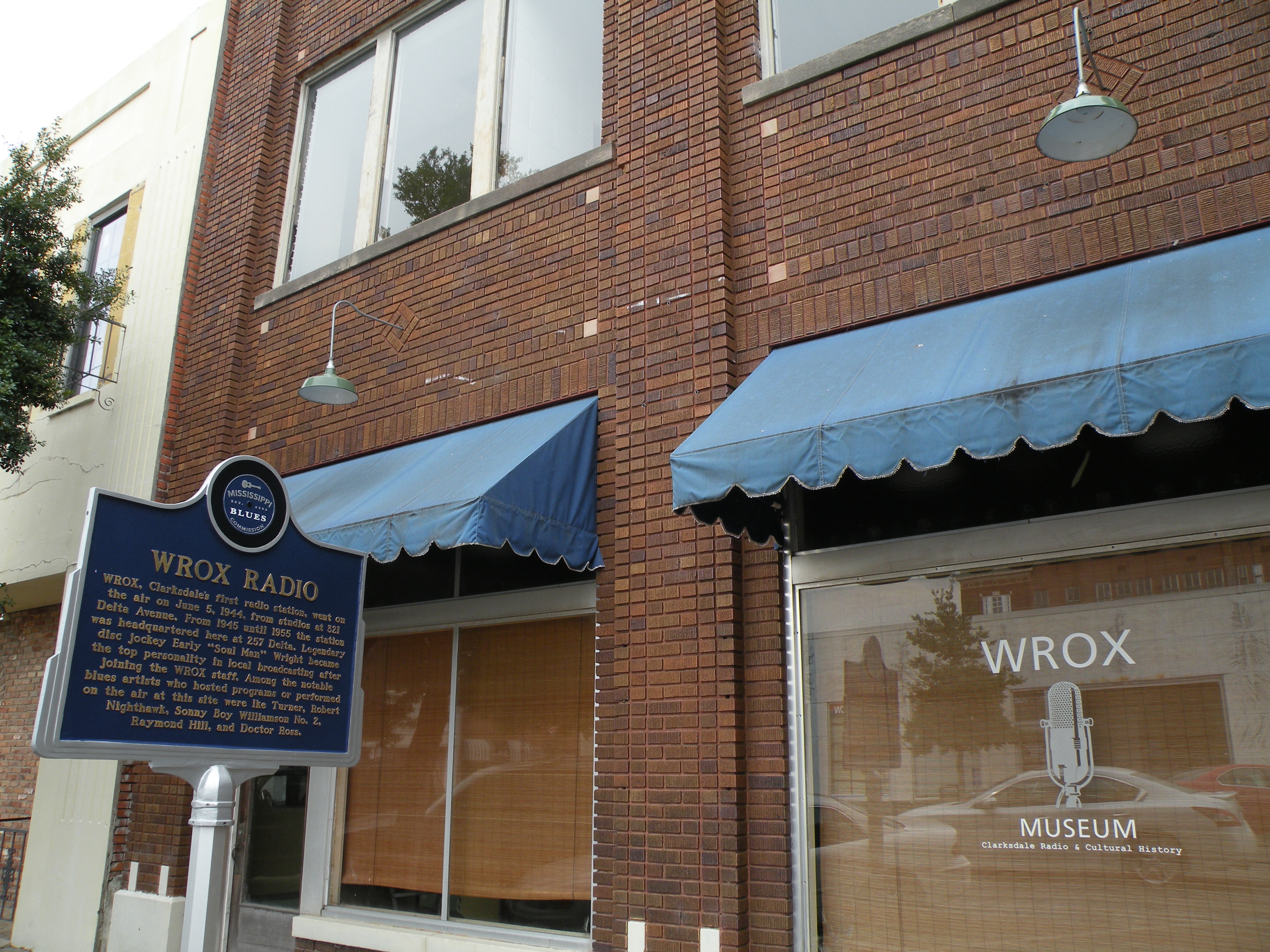 At the WROX building Early Wright hosted a radio show for 52 years where he interviewed timeless music icons such as B. B. King, Charlie Pride, Muddy Waters, Tina Turner, Bobby Rush, Sonny Boy Williamson, Robert Nighthawk, Rufus Thomas, Elvis Presley, Little Milton and Pinetop Perkins. Early Wright is also credited with being the man who helped Ike Turner launch a successful career in music, helping him foster his talent and musical inclination. Early Wright's historical influence paved the way for other African American DJ's to continue in his legacy.
Within the WROX building you can now visit the WROX museum opened by Kinchen "Bubba" O'Keefe, a Clarksdale businessman. The WROX building has since been converted with retail and residential occupation within. There are plans for renovation.