An artist's sketch that presented how the new library would look. This picture was published in the school's on campus news source, the Collegian. 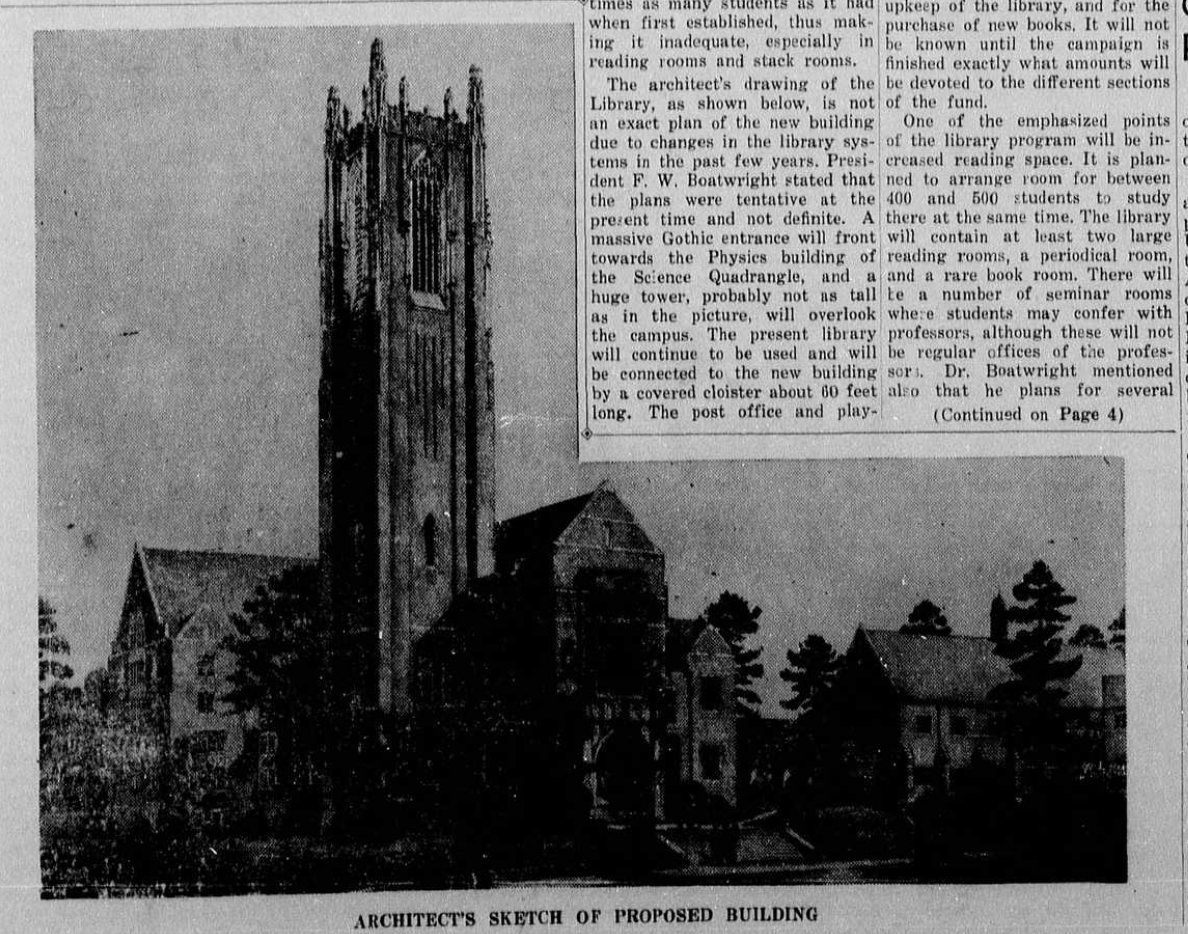 Hundreds of people pass through these library doors every day to gain access to the resources of the library. 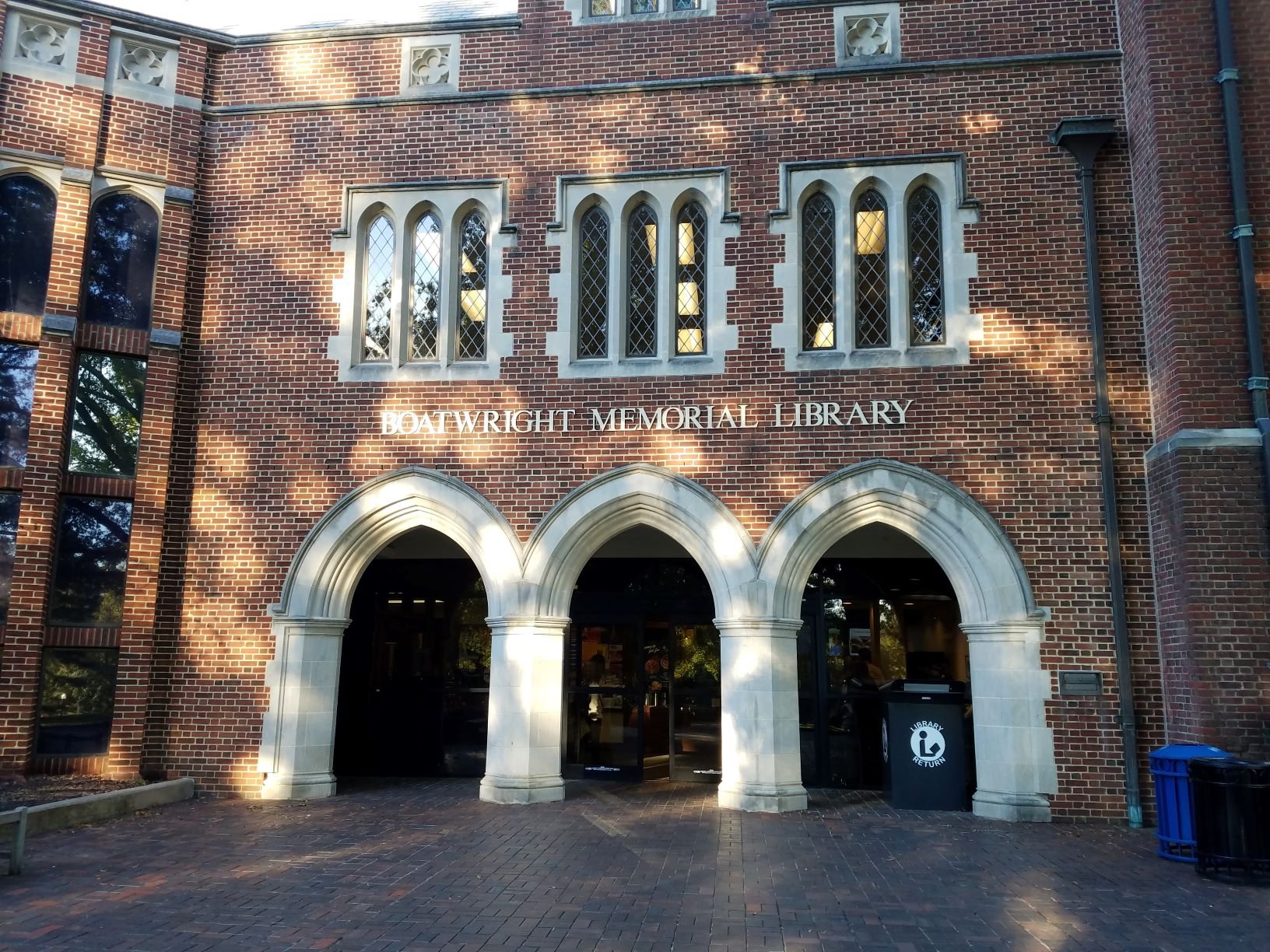 This bust details some of the achievements that Frederic William Boatwright accomplished in his lifetime, as well as detailing his tenure as president of the University of Richmond. 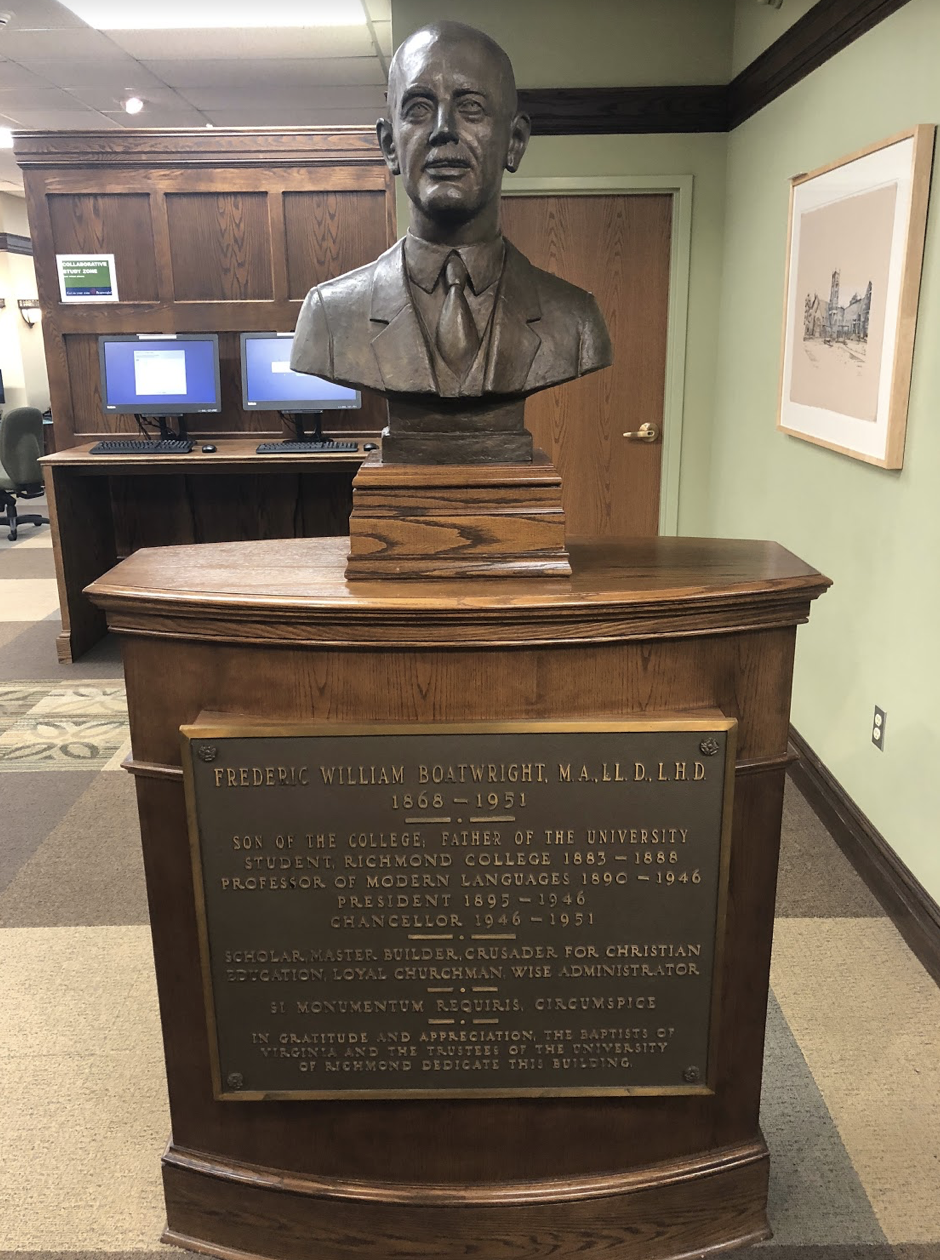 Professors and students gathering on the lawn outside of the library to protest injustices and fight for their beliefs: inclusivity of all communities. 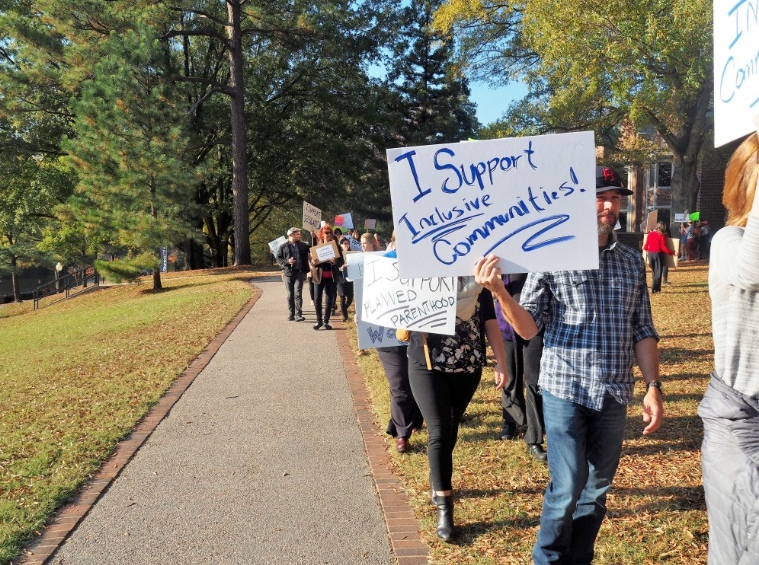 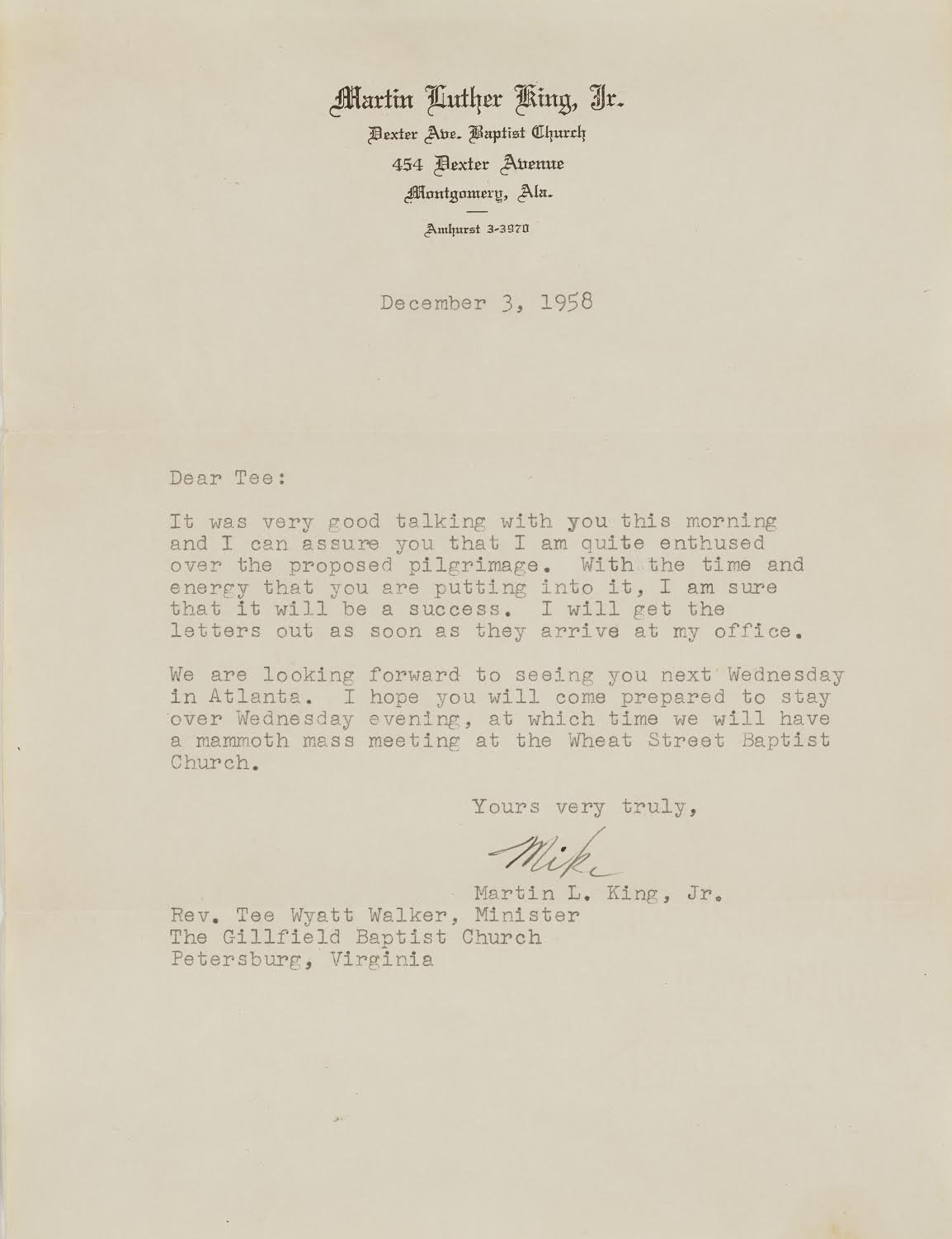 The Frederic William Boatwright Memorial Library was opened in 1955 through funding given to the University by Frederic William Boatwright, to whom it is dedicated. Mr. Boatwright attended Richmond College from 1833-1888, and went on to serve as the University’s president from 1895-1946. This new library was intended to be the main space for students to gather to study and further explore their academics through a vast array of books and other resources.

The Boatwright Memorial Library has not always been a space conducive to diverse perspectives and acceptance of all students on campus.  In 1957, just a few years after opening, the library showcased an exhibition on Dr. Douglas Southall Freeman, a former slaveholder and Lost Cause ideologue, as pointed out at the earlier stop at Freeman Hall. This exhibit included handwritten manuscripts, typescripts, gallery proofs, and other materials that showcased the steps in his book-making process.1 Then, in 1975, the Douglas Southall Freeman Literary and Debating Society donated several political caricatures to the library that had been drawn by Jeff MacNelly.2 MacNelly himself is a controversial figure, often having racial undertones in his cartoons. These caricatures, given to the school, were eventually framed and hung on the library walls.

Years later, in 1995, coinciding with the O.J. Simpson trial, a series of racist graffiti appeared in library bathrooms.3 Lucretia McCulley, then-Director of Public Services for the Boatwright Library, told the Collegian that she was unaware of this particular incident, but that it did happen from time to time. University administration ended up responding to this situation by putting up a sign that asked students not to write on the walls, but the sign was eventually stolen.

Despite this past, the Boatwright Memorial Library has made several steps to transition into an inclusive student hub. One of the first steps it took to explore diverse thought was by starting an annual foreign film series, which was meant to educate students on cultures other than their own.4 The Boatwright Memorial Library is now home to the Galvin Rare Book Room and Special Collections where faculty, students, and staff can engage with materials and get a deeper sense of history. Included in this collection are the papers of major Civil Rights Movement activist Reverend Dr. Wyatt T. Walker. The library has even become a place where students can come together to protest injustice on the lawn outside, as seen after the 2016 election when students began to protest in front of the Boatwright Library.5

This entry has been edited 66 times.