Washington Crossing State Park is the location of the famous crossing of Colonial General George Washington from Pennsylvania over the Delaware River into New Jersey to ambush the British-allied Hessians in the early morning hours of Christmas Day 1776. While the state park lies in New Jersey, the historic park and starting point of the crossing is in Pennsylvania. Although time was one of Washington's most bitter enemies, he was successful in his endeavor and surprised the Hessians before they had time to react to his arrival. This brave feat has been forever immortalized in an 1851 painting by artist Emanuel Leutze that is currently on display at the Metropolitan Museum of Art in New York City.

Reenactors participating in the reenactment of Washington's crossing allow visitors to gain an understanding of how massive this operation was. 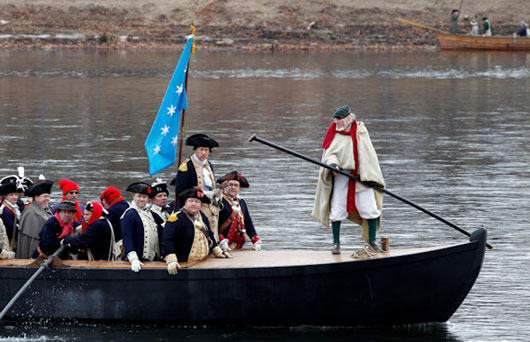 Outside of the Visitor's Center and Museum where guests can learn more through visual artifacts from the Revolutionary War. 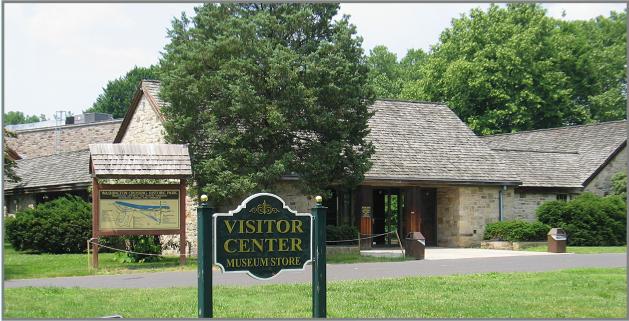 After the losses of New York City and other regional strategic areas in months leading up to Christmas in 1776, Washington and his troops retreated out of New York into the New Jersey and Pennsylvania region in early December. Witnessing the morale of his soldiers plummet so badly that the size of his forces decreased due to multiple desertions, he felt that the Continental Army was in desperate need of victory to ensure the vision of a free America was not lost. An irrational and seemingly unachievable idea came to his mind: transport multiple divisions of Continental soldiers across an icy Delaware River in the middle of the night to launch a surprise attack on Hessian troops still celebrating the Christmas holiday the following morning. The plan seemed daring to some, but what else did the Revolutionaries have to lose?

In the afternoon on Christmas Day, Washington's troops began lining up near the banks of the river to prepare for what their general's plans were, which he kept mainly a secret from them. When night fell, Washington made his move across the ice-filled waters towards New Jersey, arriving with roughly 2,400 men and no artillery support due to the conditions they were forced to cross upon. The crossing was mainly a success, now Washington had to travel to nearby Trenton to face the Hessians.

On the morning of December 26, General Washington and the small army that achieved in crossing with him arrived near Trenton ready to take on the Hessians stationed in the town. To his surprise, the Hessians were still dizzy from the previous evening of partying and drinking in celebration of the Yuletide holiday and miscalculated the Continental Army's response. Many were able to escape due to the lack of American artillery, but Washington's forces managed to capture around 1,000 of these German mercenaries while only losing four Continental soldiers. When the news of this brave campaign traveled through the nation, the flame of independence was re-lit and the push for freedom from Great Britain carried on.

Thanks to Washington's efforts on that cold Christmas night, American patriots were more than willing to continue the fight for independence that would continue for another five years before the British surrender at Yorktown. Guests visiting either the state park or historical park at any time of the year will learn more about the determination of soldiers and America's most famous colonial leader who together risked their lives in the hopes of prolonging the war and giving the colonies a chance for independence.