Architect William Jay, who later designed the Telfair Mansion, designed the original structure of this theater in 1818. The original exterior of the theater was modeled after German architecture. while the interior followed Greek and Roman style semi-circle theaters. Throughout its lifetime, the theater has hosted many famous actors and actresses, but has also seen its share of tragedies. Various fires have necessitated multiple renovations and repairs, but the theater continues to remain an important mainstay in the cultural life of Savannah.

The Savannah Theater Currently. Photo was taken and sent in by Casey Hinzman. 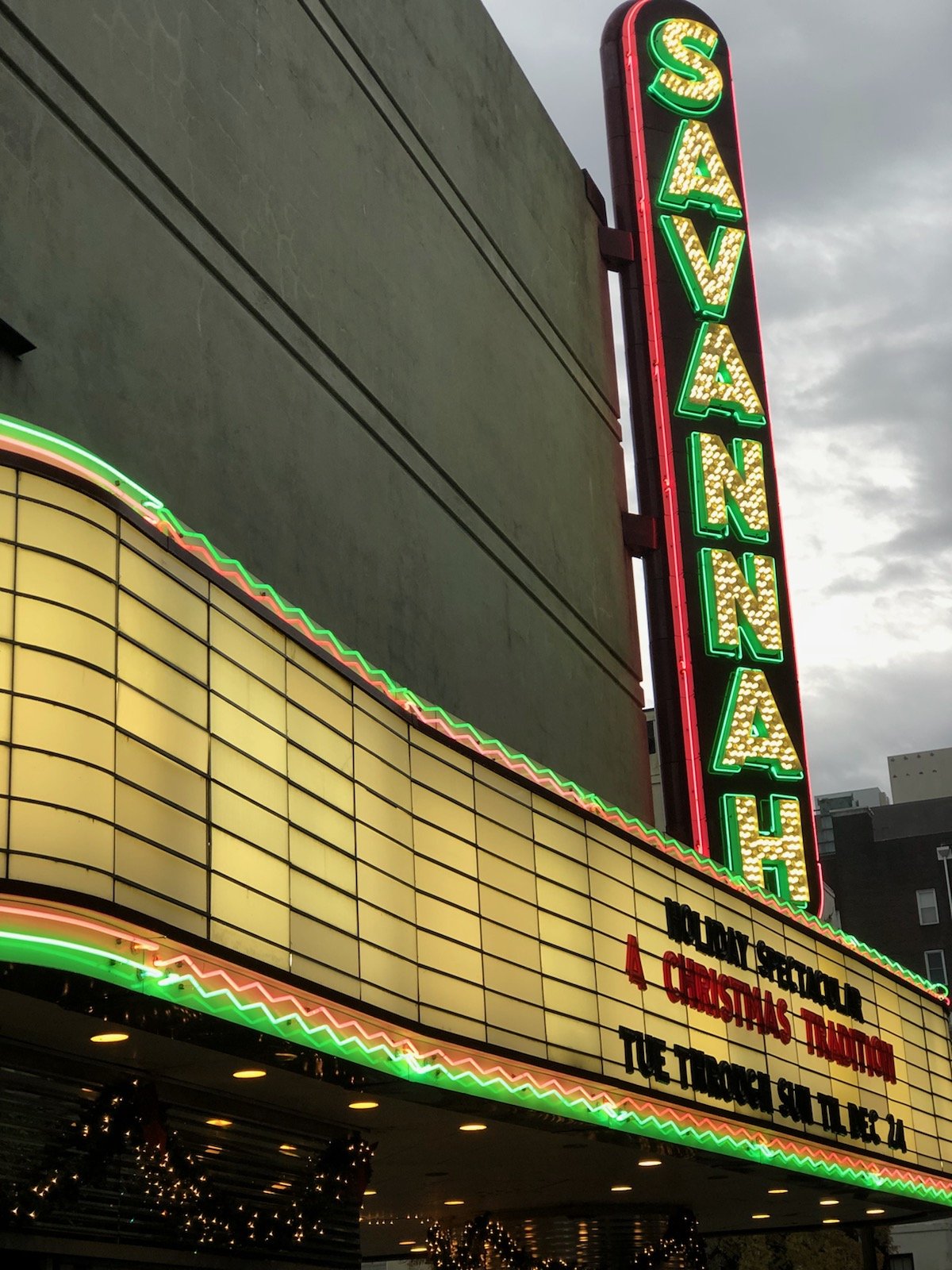 In 1810, there was an association created called “Friends to the Drama” that wished to have a permanent theater erected in Savannah. After gathering money and holding many meetings, however, their petition to the City council found that they hadn’t reached the amount necessary to create a theater. The association tried again in 1816, and, this time, they were successful. They petitioned the council for two lots for the theater, which they received on July 16, 1816. On February 28, 1818, mayor James M. Wayne signed the deed, as well as Aldermen John Tanner, Joseph Habersham, Fredric Densler, Hazen Kimball, William Davies, Paul P. Thomasson, and GW Owens. This deed was to James Bilbo, James Morrison, Alexander Telfair, and Alexander Jonathan. The deed gave two lots, and William Jay started construction immediately. Before the year was up, the theater was finished, and on December 4th, 1818 at 5:30 pm, the theater opened for the first time with the production of a comedy called “The Soldiers Daughter.”

The house could seat 1000 people originally. There were two rows of boxes, which were supported by cast iron columns decorated by guilt capitals. The lower boxes had golden eagles with a wreath on them. The second row had bas-reliefs painted on them, by Etty from London England. They also had a Lyre with a wreath on some. The stage opening had an arch supported by four pillars, with a bas-relief on the back wall of the stage, and the whole theater was adorned with gold moldings and crimson and green backgrounds for some of the boxes.

During the first twenty years the theater existed, it was turned over to different people many times. It was sold at auction twice during that time, as well. A stock company was organized in 1838, and the theater was integrated into the company that December. After its integration into this stock company, the theater's reputation grew, and this caused more popular actors and singers to visit and perform at the theater.

Over the theater’s two-century life-span, it has had to be repaired many times to keep up with the changing times, and as a result of fires that have been a part of Savannah’s history. One owner, Tomlinson F. Johnson, updated the theater extensively in 1882, and according to him, the theater had to be renovated and updated every ten years. The theater had a box office installed in 1895 because William Jay’s original design didn’t include one. In 1906, the interior of the theater was burned, but the walls and exterior remained and it was rebuilt. Another fire occurred in 1948. After that, the theater was remodeled in the Art Deco style which it currently shows.

October 21, 1950, the theater reopened as a movie theater; the first movie shown was Mister Eighty-Eight, starring Burt Lancaster and Dorothy McGuire. The theater was updated again in 2002, and turned back into a live theater, instead of a movie theater. There is now an advanced sound system and lighting system. Since this update, the theater hosts specific genre performances. The lobby of the theater displays artifacts, photos, and newspaper clippings from the theaters extensive past.