In response to a third major fire in the small town of Medina, which significantly damaged three buildings, the founding of the first organized hook and ladder company (or fire department) of Medina began in 1877. The building that served as the fire house until the early 1950s also served as the local Town Hall and was completed a mere one year after the fire. The bright red building you see today holds a community museum on the first floor highlighting the extended history of the fire department in Medina. 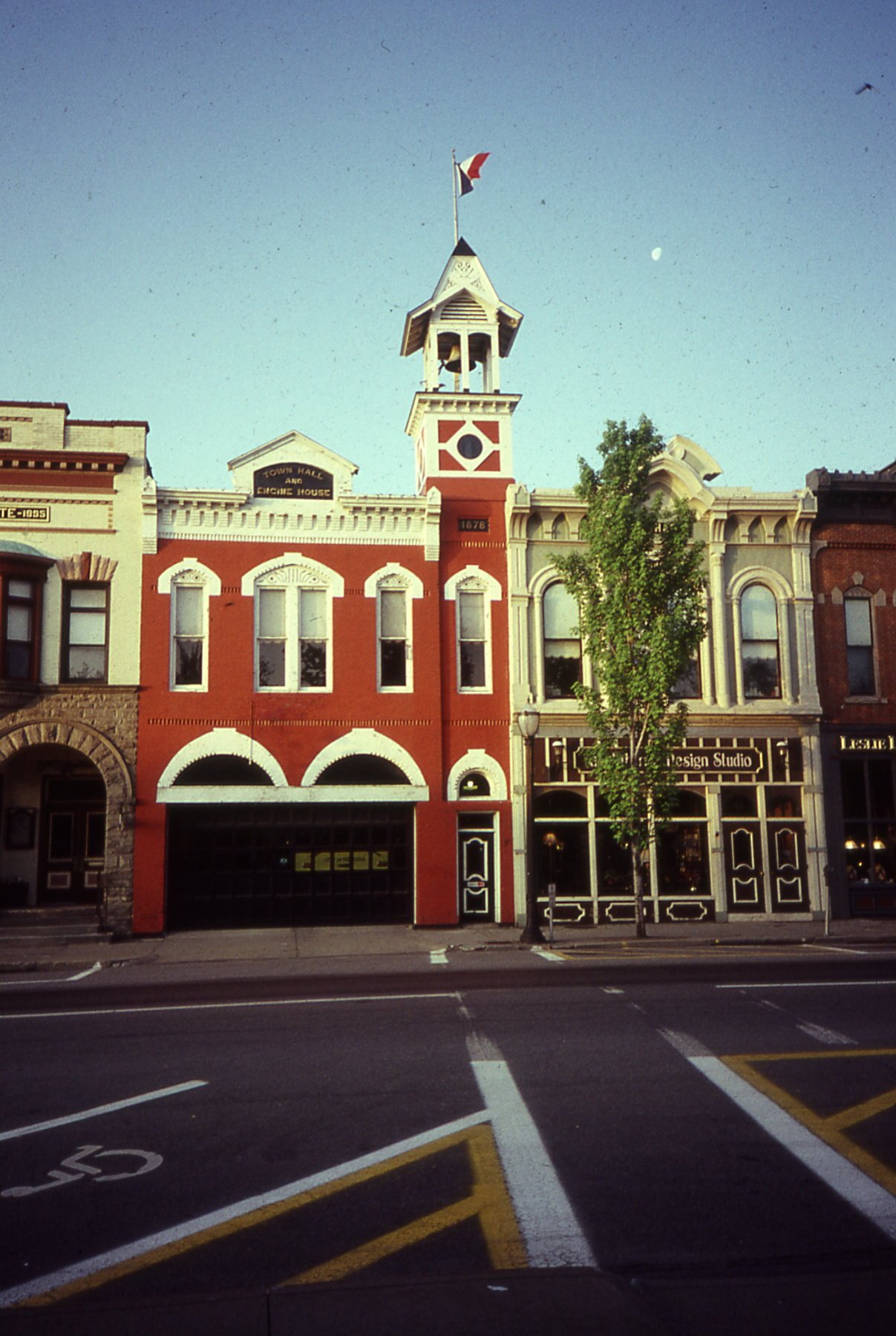 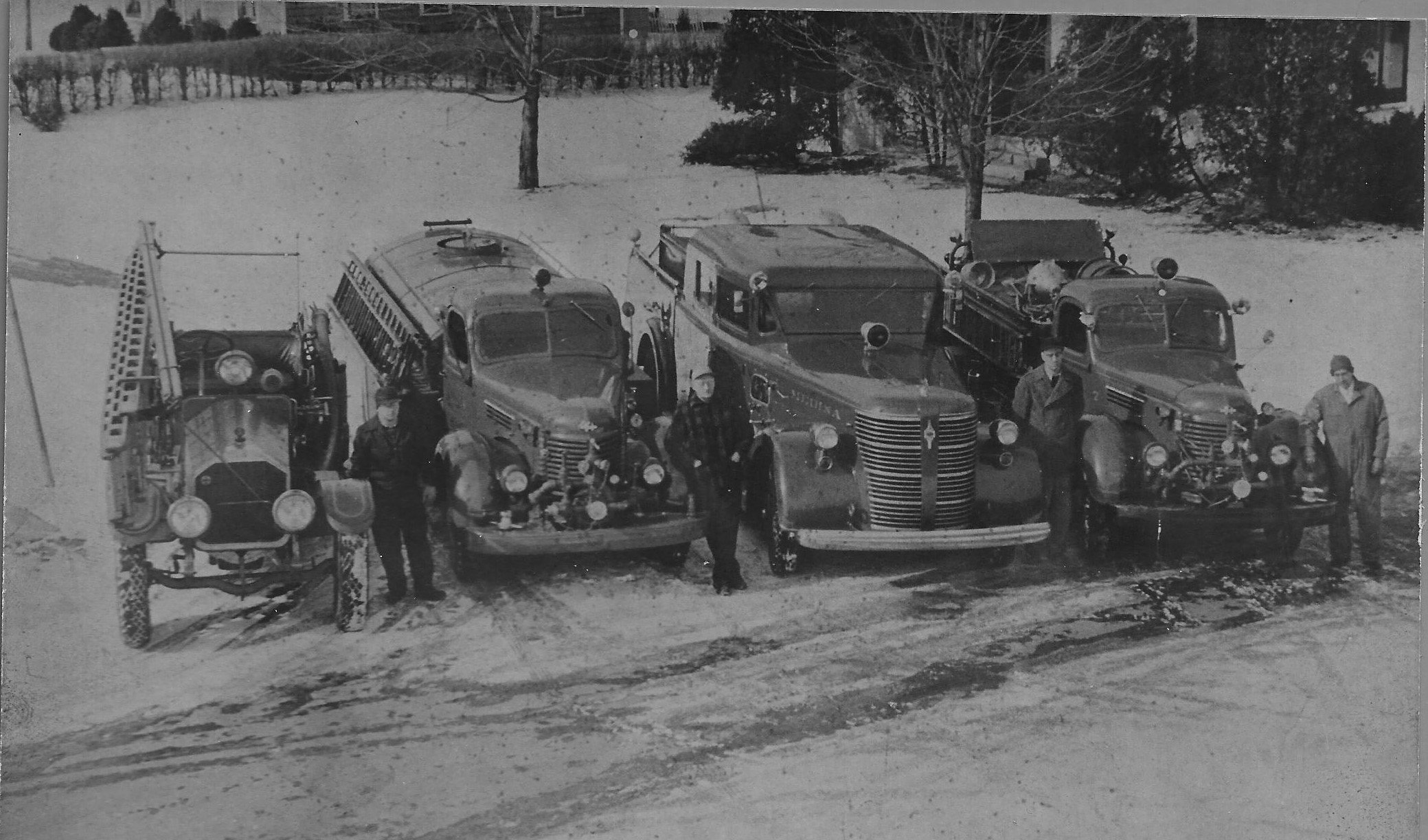 What remained following the Great Medina Fire of 1870 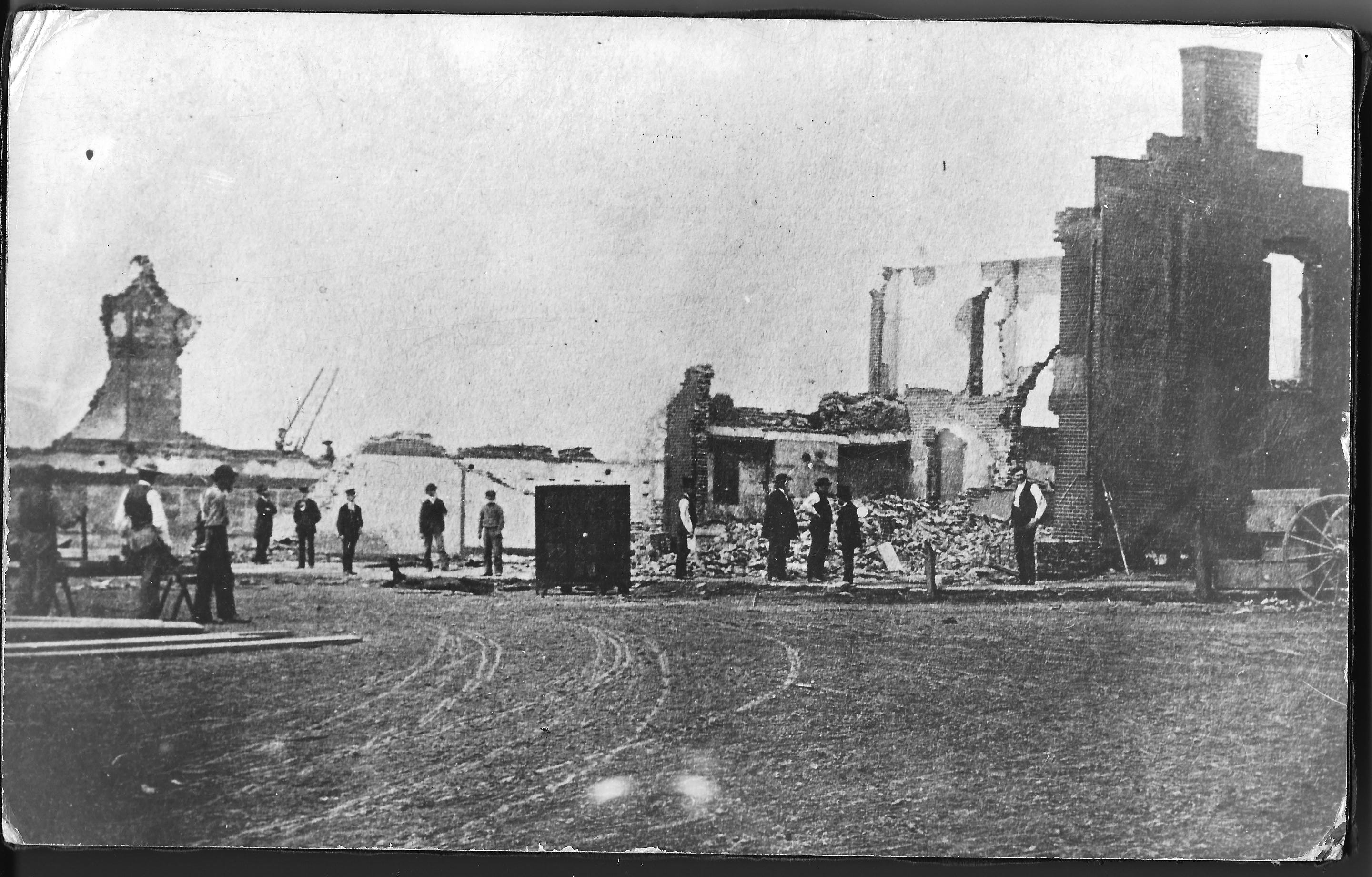 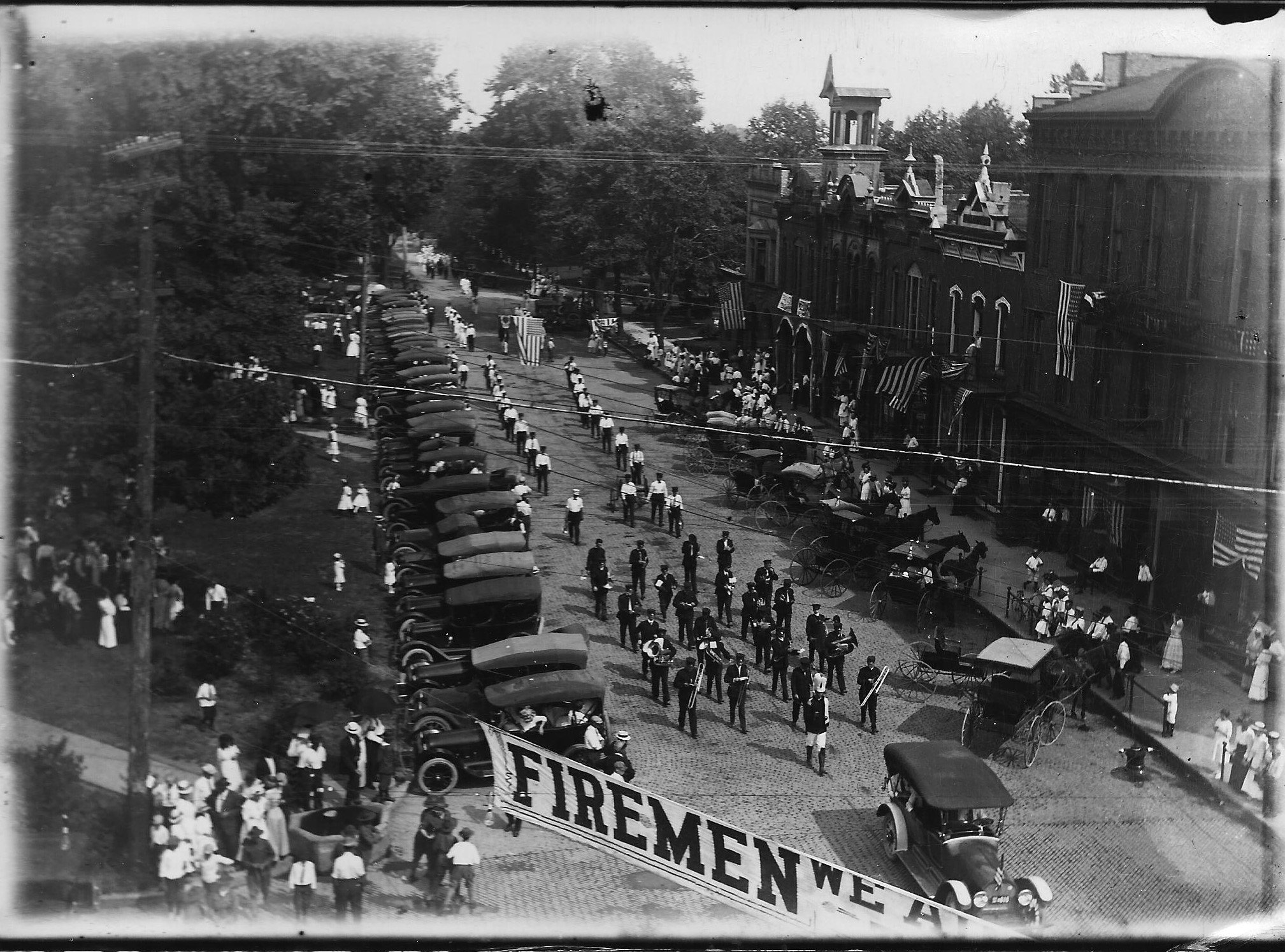 On the night of April 11th 1848, a fire broke out in the small village of Medina. With the lack of a real fire department or any type of preparation for such an event, the village burned.  The fire spread from one wooden building to the next, and all that was left the morning after was ash.  A total of 15 buildings came down in smoke after the efforts of Medina residents were pushed aside by the blaze.
Although the village rebuilt after this tragic event with a larger amount of brick structures to avoid such an incident in the future, history repeated itself. Twenty-two years later in 1870 (nearly to the day), the village of Medina burned once again. Beginning in a wooden barber shop in the middle of the town, the fire spread. In the absence of a fire department, and with only a handful of volunteer citizens to fight the inferno, the fire spread quickly to nearby buildings. After the efforts of the few who fought the fire, all that remained were the ashes of what was once there, totaling over $200,000 in damages. This fire would later be called the Great Fire of the City of Medina.
Soon after, a smaller fire broke out in 1877. This created a great amount of panic in the community, which then influenced the city to set up a proper fire department to avoid any fires in the future at all costs. The City Council approved the beginning of a fire department on May 11th, 1877 and as a result, the purchasing of equipment as well as the first fire engine went forward. Along with the fire engine, a place to store such a vehicle was also needed, as well as a water system for the fire engine to pull water from for its functionality.
In response to the passing of this legislature and under direct influence from the community, bonds were issued out to pay for the engine, the engine house, and the ten public cisterns to be located up and down the streets. The purchase of a "Number 4 Silsby Steam Fire Engine" (a horse drawn wagon with 500 feet of rubber hose) was completed soon after. This $3,000 engine had the firing capacity of 425 gallons of water per minute. In 1878, the first Medina Engine House was completed and from then onward, the engine was stored in its new home.
This engine was used until 1919, when after many years of repairs and constant maintenance, industry moved the village of Medina forward and the purchasing of newer, fire engines gave way to the departure of the Silsby. Years later in 1970, Medina's Community Design Committee repainted the original fire house from 1878 back to its ordinal glory. In 2013, the Medina Town Hall and Engine Museum that you see today, opened up to the public. Inside, you can see various photograph and memorabilia that guide you through Medina's rich history.