Segregationist policies in the United States prior to 1956 impacted more than education. Most segments of social service were segregated. These policies applied to the care of West Virginia's mentally ill. Lakin State Hospital for The Colored Insane was established as a facility to care for the state's African- American citizens who entered the state's mental health system. After 1956 West Virginia's mental health system was desegregated. Lakin Hospital is no longer a psychiatric hospital. It is now operated as a nursing facility by the West Virginia Department of Health and Human Resources.3 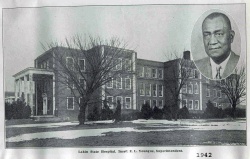 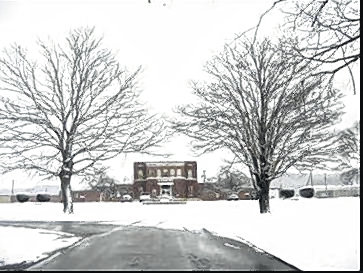 Established in 1919 and opening in 1926, the hospital was a groundbreaking facility in that it provide care for Black citizens and was operated by a Black administration and staff.1  Lakin State Hospital was one of only two health care facilities in the country that provided such an arrangement.1
One of several institutions in West Virginia whose creation can be attributed to the efforts of T.G. Nutter, Harry Capehart, and T.J. Coleman. These men helped to establish institutions which provided services to the state's African- American community.2
Psychiatric treatment in the United States from 1948 into the 1950s often resorted to lobotomies as treatment. Dr. Walter Freeman, developer of the transorbital (ice pick) lobotomy, performed many such procedures at the facility.3
In the 1970s Lakin Hospital stopped providing psychiatric care and began providing nursing care.4