Constructed in 1856, this historic building and complex is the former Gold Seal Winery, which was originally called the Urbana Wine Company. The building is three stories high and extends into the adjacent hillside. As for the design, the building features Italianate and Second Empire architectural elements. The current owner, Gold Seal Enterprise LLC, is in the process of developing the site into a four-star resort and conference center that will attract tourism to the Finger Lakes Region. The site includes the winery caves underneath the building and a historic carpenter shop.

Gold Seal Winery was built in 1856 and expanded a few times. Plans are in place to convert it into a resort. 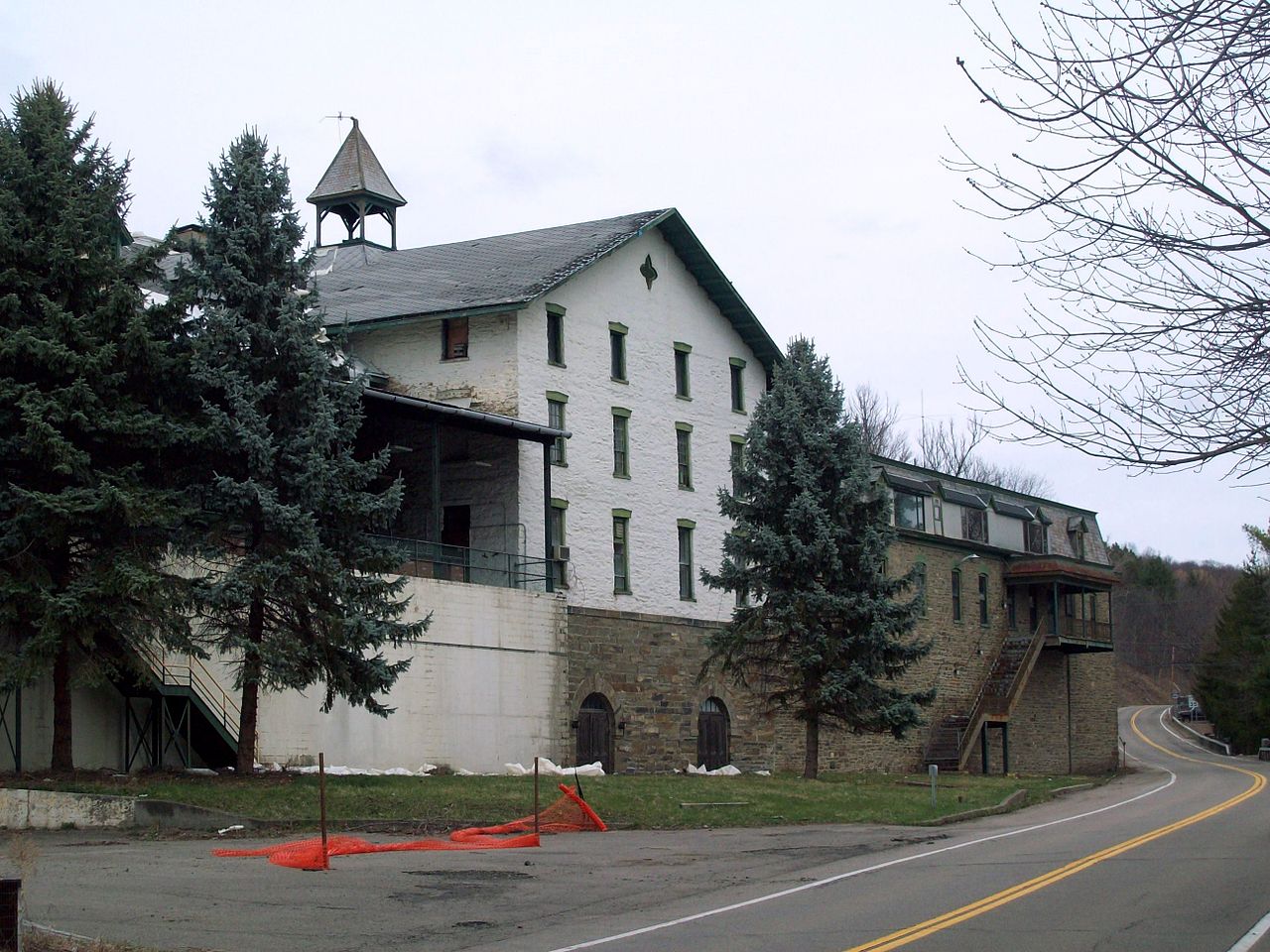 The Urbana Wine Company was founded in 1865 and soon became the largest winery on Keuka Lake. It also earned a good reputation by hiring winemakers from the Champagne region of France. During these years it started the Gold Seal brand of champagne and won several awards.

It changed its name in 1881 to the New Urbana Wine Company but changed it back to the original name in 1896. Another name change came in 1919 when Congress passed the Volstead Act, which banned the sale and manufacture of alcohol (with some exceptions). Thus began the Prohibition era, which lasted until 1933 when it was repealed. The company renamed itself Gold Seal Products and produced only sacramental wine for religious services, which was one of the exceptions to the Volstead Act. Once Prohibition ended, the company changed its name back to the Urbana Wine Company. Finally, in the late 1950s the company changed its name to Gold Seal Vineyards. I operated until the mid-1980s. It is not apparent when the new owners bought the property but they plan to turn it into a full-service resort.