This beautiful Classical Revival building was constructed in c.1897 to be home of the Corning City Club. In 1926, the building became a library to honor the soldiers from Corning who died during World War I. It does not appear to be a library anymore and the current status of the building is unclear. However, it has been well maintained and remains an important landmark in the city. It was added to the National Register of Historic Places in 1995.

The World War Memorial Library building was built in c.1897 and first housed the Corning City Club then the library until 1975. 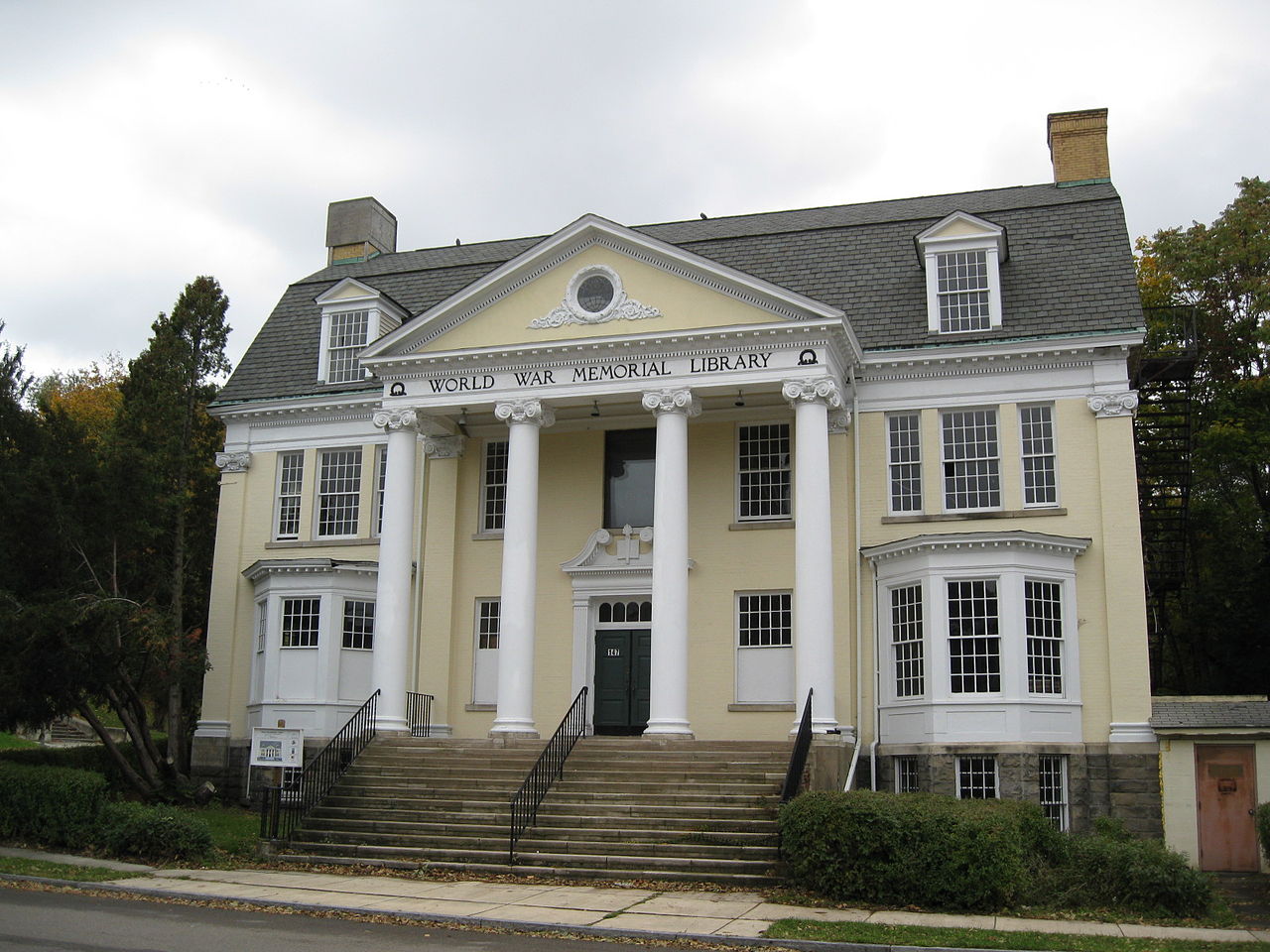 Residents had wanted a memorial after the war but could not agree on what it would be. By the late 1920s, the library, which was located on the upper floor of the City Hall building, needed more space. So it was decided that the clubhouse would become the new library and war memorial. It opened as such on Memorial Day in 1930. The library remained here until 1975 when it was relocated to the Nasser Civic Center Plaza.