The origins of the Ho Chunk (formerly the Winnebago) are said to have been Red Banks, Wisconsin, near Green Bay. The story tells of the Earth-Maker who realized nothing was around him, so he created the water, the land, and people. This story has been around for many years and is well known throughout the area. Paul Radin, an anthropologist in the 1900s, recorded many of the Ho Chunk Nation’s legends in his book Winnebago Tales.

Winnebago Woman Scraping off Meat from a Deer Skin. 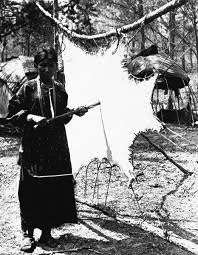 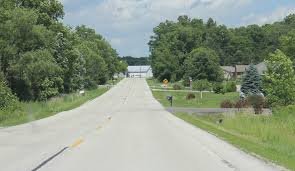 It is said that Red Banks, Wisconsin is the birthplace of the Ho Chunks. The history goes that the Earth-Maker was alone in space and nothing was around him. He became aware of this and it saddened him and so he began to cry. His tears fell from his face and began to make oceans and lakes underneath him. He realized then, that if he wished anything to be, then it would be. He wished for light and it was light, he wished for earth and there was earth. The Earth-Maker liked the earth but he noticed that it moved like the seas, so he decided to make trees, rocks, and grass to make the earth still, and they steadied the earth a little but it still moved. So the Earth-Maker decided to make four directions and four winds, and he set the winds in each directions. The earth was almost steady but not quiet, so he created four very large snakes. These snakes went straight through the earth and landed underneath it. And it steadied the earth.

The Earth-Maker made four more beings to live on the earth and they were the four brothers. He told the four brothers that they are to live on the earth and he gave them a tobacco plant. The Earth-Maker told them that he did not have any power to take away the plant, as it was a gift, but the brothers could make him offerings with it and he will grant them what they ask for. The Thunderbirds took the brothers down to earth, which was Red Banks, Wisconsin. When the brothers reached the earth, they made a fire.