Lighthouses were, and still are, an essential part of seaward travel, guiding countless souls through shallow, dangerous waters to safety. One lighthouse among the many is the Heceta Head lighthouse, located twelve miles north of Florence, Oregon. Standing 56-feet tall and built in 1893, Heceta Head houses Oregon’s most powerful lighthouse beam. With 1.2 million candlepower, the light can be seen up to 21 miles. It has also been speculated that Heceta Head is the most photographed lighthouse in the nation. Indeed, artist and realist Constance Fowler captured Heceta Head lighthouse in a painting titled "Heceta Lighthouse" in 1938. 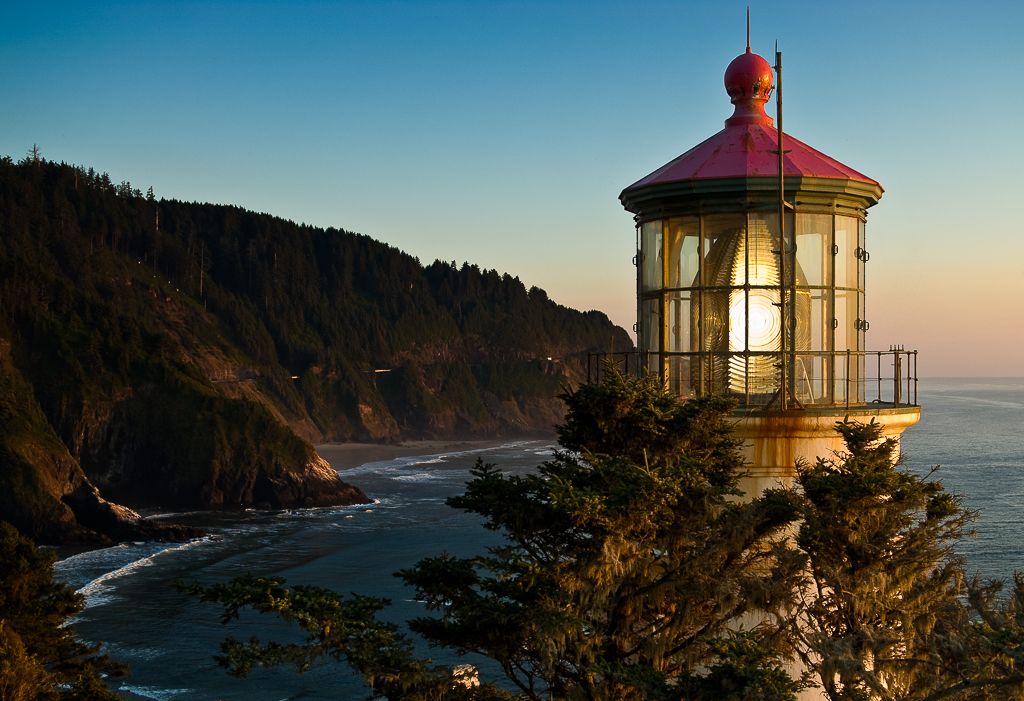 It is foggy days like this at Heceta Head that still make lighthouses necessary for sea travel. 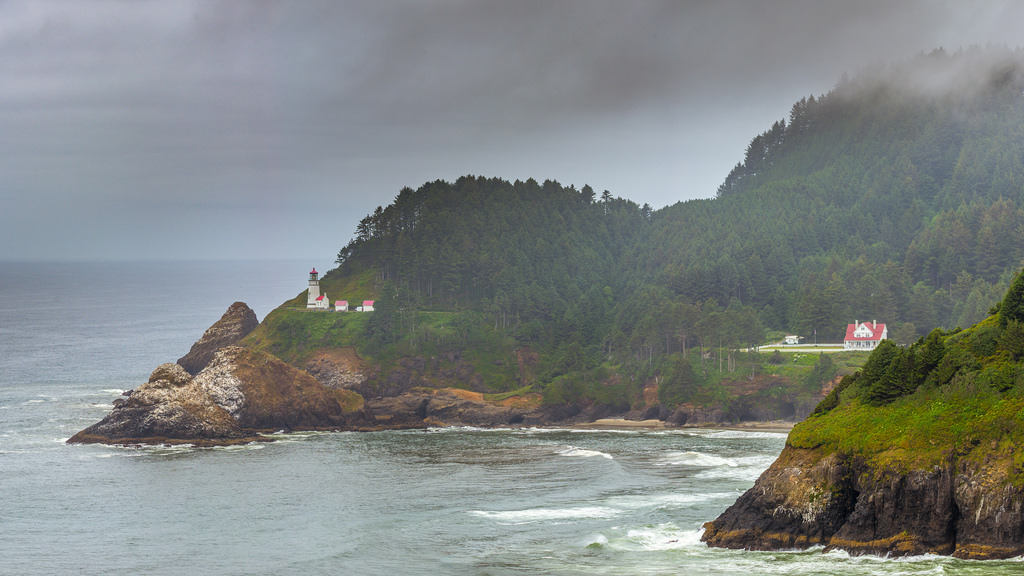 In 1889, Congress was in agreement that a lighthouse along the coast of Oregon was necessary to call attention to shallow waters. Construction of Heceta Head began in 1892, and the lighthouse and its keepers’ quarters were completed by the following year. Heceta Head lighthouse, however, was not operational immediately after construction. The Fresnel lens that would give Heceta Head its light had to be shipped from England, and did not arrive in Oregon until the end of 1893. In fact, the journey from England to Oregon was so tumultuous that the Fresnel lens was packaged in a container of thick molasses to prevent damage on its crossing. After final fastening components arrived in February 1894, Heceta Head lighthouse operated for the first time on March 30, 1894.

Living and working at Heceta Head lighthouse was an isolating task. Due to its remote location and need for year-round maintenance, Heceta Head had its own post office and one-room schoolhouse. It was in these isolating conditions that tragedy was allowed to prosper, resulting in the illness and death of some of its occupants. One occupant, it is rumored, never left. The resident spirit of Heceta Head, a mother, is said to have returned after death to look for her young daughter, who allegedly drowned on the property during her husband’s stint as keeper. Ouija Board séances have revealed the name Rue, spreading belief that this was the mother’s name. Regardless of Rue’s unclear origins, the encounters some have had with her spirit are more concrete. For instance, a maintenance worker in the 1970s came face to face with an ethereal silver-haired woman in the attic. He ran out of the attic, and swore he would only continue to work if he could work on the exterior. Then while working outside he accidentally broke an attic window, shattering glass inward. Sticking to his vow to not go back in, he did not clean up the shards of glass. That night, the occupants of Heceta Head heard odd scraping sounds coming from the attic. Later the next day, they discovered that the glass had been neatly swept into a pile even though no one had been in the attic since the window had been broken.

It’s hard to imagine what daily life would have been like at Heceta Head lighthouse in its 1894 infancy. For Heceta Head’s first keeper Andrew Hald and his family, it must have been simultaneously serene and beautiful, and isolating and difficult. Although still serene and beautiful, maintaining a lighthouse no longer requires the same amount of physical labor and mental hardships. As of July 1963, Heceta Head lighthouse has been fully automated – no longer requiring a full-time lighthouse keeper – and has since been listed on the National Register of Historic Places. In 1995, the keeper’s quarters were turned in to the Heceta Lighthouse Bed and Breakfast, established by Mike and Carol Korgan, which is still in operation today.