In 1860, large deposits of gold were discovered in the Clearwater River that ran through the territory of Idaho.The Assay Office, situated in Boise, Idaho, is one of many facilities that began to pop up in the U.S during the 1800s when different ore deposits were being discovered and mined. This particular Assay Office was important to the state of Idaho's mining industry, because inside of the office, the different ores that were mined from the surrounding lands could be analyzed and separated into their pure forms.The Assay Office was a great investment for the town of Boise because the machinery that was used inside made it easier to harvest pure minerals to be sold. In turn, this process generated enough money to make Boise flourish. 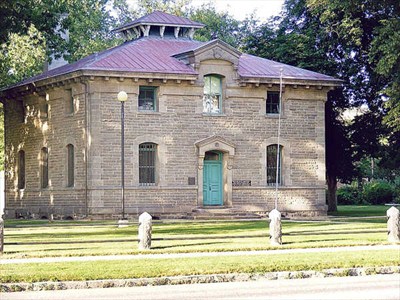 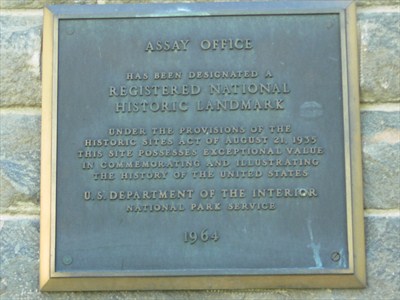 When a different ore is mined, such as gold, it is of course not in perfect golden block form like you see portrayed rich peoples' vaults. An ore will have tons of other minerals stuck to it, or it may be inside of a larger mineral. An assay office is a place where different ores or minerals, such as gold or lead, are sent to in order to be separated from impurities attached to them so that they can be sold at higher value. An assay office is needed if one is to make any real gains from mining chunks of minerals containing expensive ores.
With the discoveries of gold deposits throughout Idaho in the 1860s, Idaho's gold production skyrocketed to almost the third highest in the nation. During the 1860s, the gold output grew up to about 52 million dollars. There wasn't an assay building at first in Idaho, so the sizable mineral chunks that contained gold and other ores had to be shipped to an assay in San Francisco, which was rather costly. Miners and prospectors alike began to demand for an assay office to be built closer to home. If an assay office was to be built, the middleman would be cut out completely which would save tons of money.
In 1869, a very generous rancher named Alexander Rossi donated a plat of his land to the city of Boise as a site on which to build an assay office on. Soon, Congress allotted 75,000 dollars for the construction of the building, a small amount in terms of how much the office would eventually make the town. In the summer of 1870,the construction of the building began, and after about a year it was complete. The Assay Office didn't open its doors until about a year it was built due to the long wait time for the actual assay equipment to arrive. When it was finally functional, the annual deposit rate was more than 1 million dollars. The Assay Office operated until the early 1930s, and afterward served as a base for the Boise National Forest Service.In 1965 the Assay Office was declared a National Historic Landmark, and in 1972 the it was sold to the Idaho State Historic Society, who still currently owns it. The State Historic Preservation Office (SHPO) and the Archaeological Survey of Idaho is located inside the virtually unchanged building.