Woodlawn Farm is a historic site east of Jacksonville that roomer to be a part of the Underground Railroad. It was established by Michael Huffaker in 1824. Today, it is a museum for the public to come and visit. It is only open for tours during certain seasons or special occasions throughout the year. 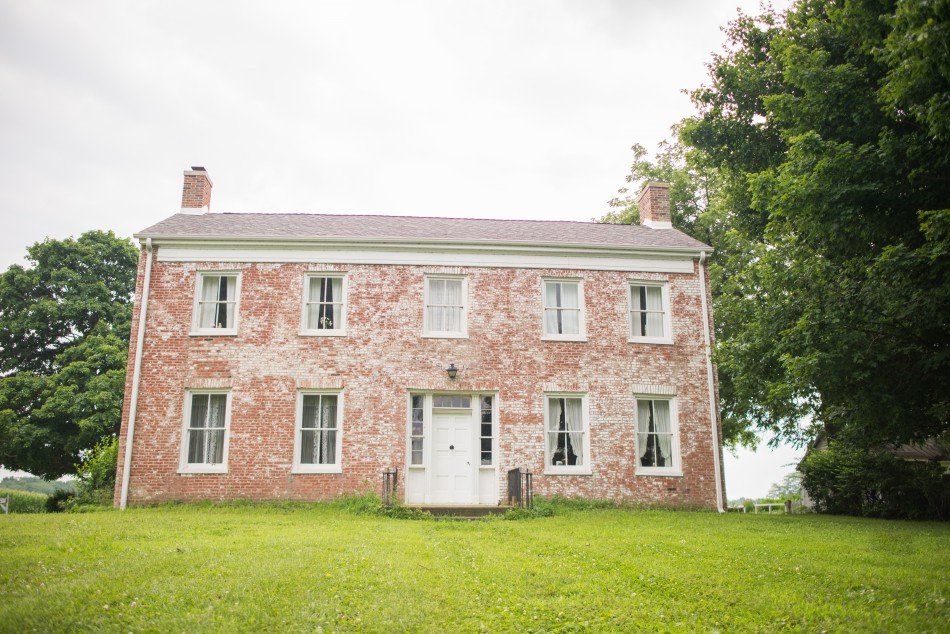 Woodlawn Farm was established in 1824 by Michael Huffaker and wife Jane, and their rather large family who were one of the first settlers of Morgan County. The Huffaker family traveled from Kentucky to Jacksonville in 1820, and bought this land east of Jacksonville. Michael Huffaker originally built a cabin for his family, and then another four cabins to accommodate free Black slaves that helped Huffaker around his farm. Later, in 1840, he built the two story brick home that still stands today.

Another possible UGRR station was at the Michael L. Huffaker's farm. The farm is located east of Jacksonville, south of Old State Road. The Huffakers were from Kentucky who moved to Morgan county and built a farmstead they called Wood lawn Farm. The Morgan County census of 1850 listed Michael and his first wife Jane with a farmhand named Wellington with five children listed. The family were not members of any known abolitionist church or groups. The local legend of this farm being a haven for runaway slaves was based on a narrative by Fannie Crassly, a granddaughter of Michael. Her memories as a child was recorded when she was an elderly woman. One such story, believed to be of a runaway family. The only known connection to the UGRR is a family story

“She [Fannie] jumped out of bed, crept to the head of the old walnut stairs and clinging to the banisters, looked down into the hall. There were a colored man and two white ones whispering together and a mulatto woman with a little child in her arms. The woman's eyes rolled with fright, and she tried to hush the child's cries. Mother thought they must be new help, and, thinking she [Fannie] would see them in the morning. She went back to bed”.

The next day they were gone. Fannie was told not to tell anyone what she saw. Fannie also remembers her grandfather having Black labors helping on the farm, which was common on Illinois farms. What Fannie remembers may have been a runaway family who was lost on their way to the next UGRR station. The known UGRR route was along the Jacksonville-Springfield road, now called Old State Road. Perhaps someday historians could confirm the farm as a station.

Huffaker rumored to employed freed Black slaves to help him out around his farm, such as raising cattle, horses, and crops. Huffaker became on of Morgan County's wealthiest residents with the success of his farm. By employing them, it made it easier to hide run away slaves. It was important to make sure unfreed slaves blended in with the freed Blacks so Huffaker would not be fined. The fine was $100 per runaway slave.

The farm that the Huffaker family owned can still be seen today, including the two story brick home he built himself. It is located east of Jacksonville, along interstate 72. The farm was bought on December 3, 2003 by Morgan County Historical Society. In 2007, the farm was added to the National Register of Historical Places. They opened the farm as a museum for the public. You can take a tour during specific seasons, or special occasions throughout the year.