A swamp is an area of land covered in still or slow-moving water, with plants growing in and around it. 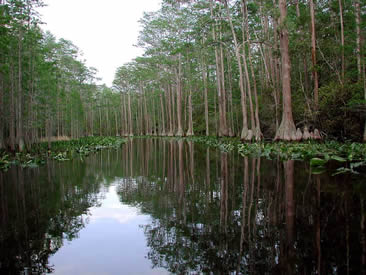 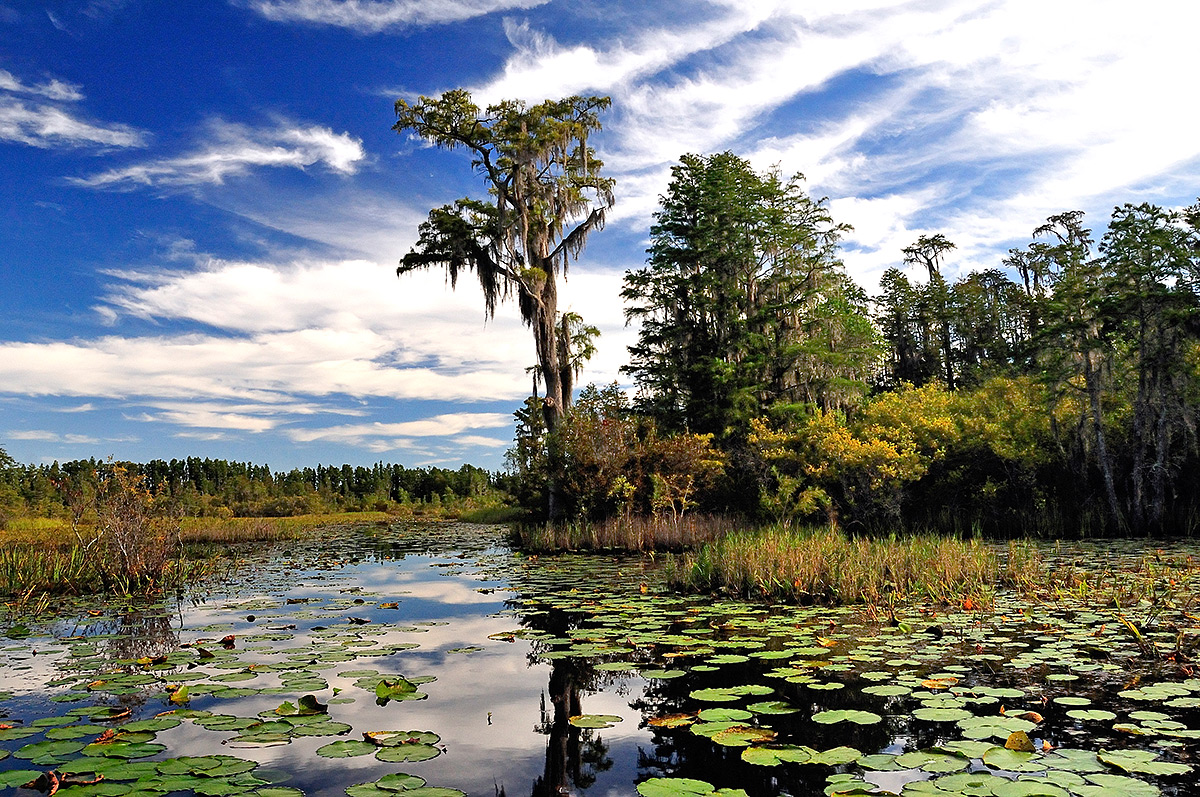 This is the walk way through the swamp as you tour around it.

He was on the board walk, their is many of them, they are dangeous. 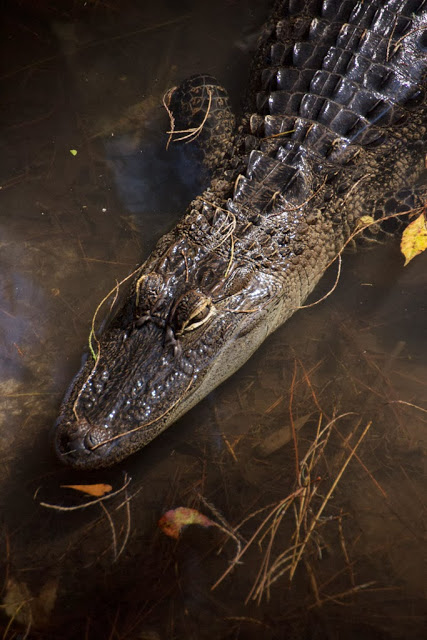 This swamp was formed over the past 6,500 years by the accumulation of a peat in a shallow basin on the edge of an ancient Atlantic coastal terrace, the geological relic of Pleistocene estuary.  It was bordered by the Trail Ridge, that was a strip of elevated land believed to have formed as coastal dunes or an offshor barrier island. The St. Marys and the Suwanee River both originate in the swamp. The Suwanee River originates as the stream channels in the heart of Okefenokee Swamp and drains at least 90% of the swamps watershed southwest towards the Gulf of Mexico. St. Marys River only drains 5 to 10% of the swamps southeastern corner, flows south along the western side of trail Ridge, through the ridge at St. Marys River Shoals, and the north again along the eastern side of Trail Ridge before turning east to the Atlantic.

Longtime residents of the swamp. referred to as swampers are of overwhemingly English ancestry. Due to the isolation of relatives the inhabitants of the swamp used Elizabethan phrases and syntax, preserved since the early colonial period when speech was common in England, and into twentieth century.  The Suwanee Canal was dug across the swamp in the late nineteenth century in a failed attempt to drain the Okefenokee. Once after the Suwanee Canal companys bankrupcy, that was then when the swamp was bought by the Hebard family of Philadelphia, who conducted extensive cypress logging operations from 1909 to 1927. Other logging companies ran railroad lines into the swamp until 1942, still today some of the remains are visable to crossing swamp waterways. On the west side of the swamp, at Billy's Island, logging equipment and other artifacts remain of a 1920s logging town of only 600 residents. Most of the Okefenokee Swamp is included in 403,000 acre Okefenokee National Wildlife Refuge.

A wildfire begun by a lighting strike near the center of the Refuge on May 5, 2007eventually merged with another wildfire which began near Waycross, Georgia, on April 16 when a tree fell on a powerline. By May 31, more than 500,000 acres or more than 935 square miles. had burned in the region. The Okefenokee Swamp Alliance is a conservation group that works for contiuned preservation of the swamp.  Many visitors vist this swamp each year, where it provides an important ecomic resource to southeast Georgia and northeast Florida. Around 400,00 people visit it annually with many from distant locations like Germany, the United Kingdom, France, Japan, China, and Mexico. The Service providers at the Refuge entrances and several local outfitters offer guided tours by motorboat, canoe, and kayak.