The community of Sedamsville was founded in 1795 by Colonel Cornelius Sedam. Along with other revolutionary war veterans, Sedam maintained a farm that stretched from the base of Bold Face Creek to the hillside of Mt. Echo Park. In 1827 Colonel Sedam's son Henry subdivided a portion of the property for development. Sedamsville was formally incorporated in 1835 and was annexed by the City of Cincinnati in 1870. 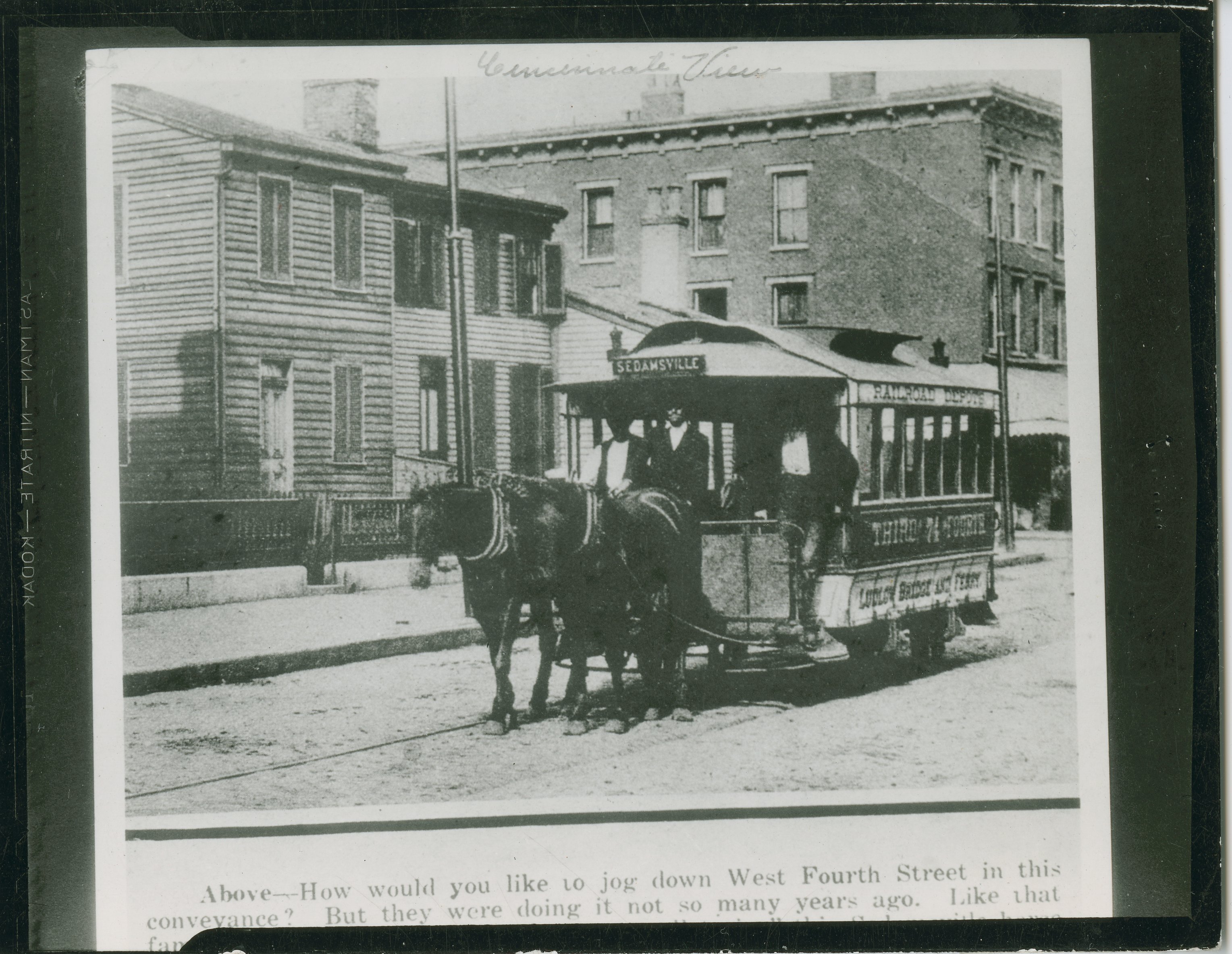 River Road after improvements in 1951 City of Cincinnati Engineering Department 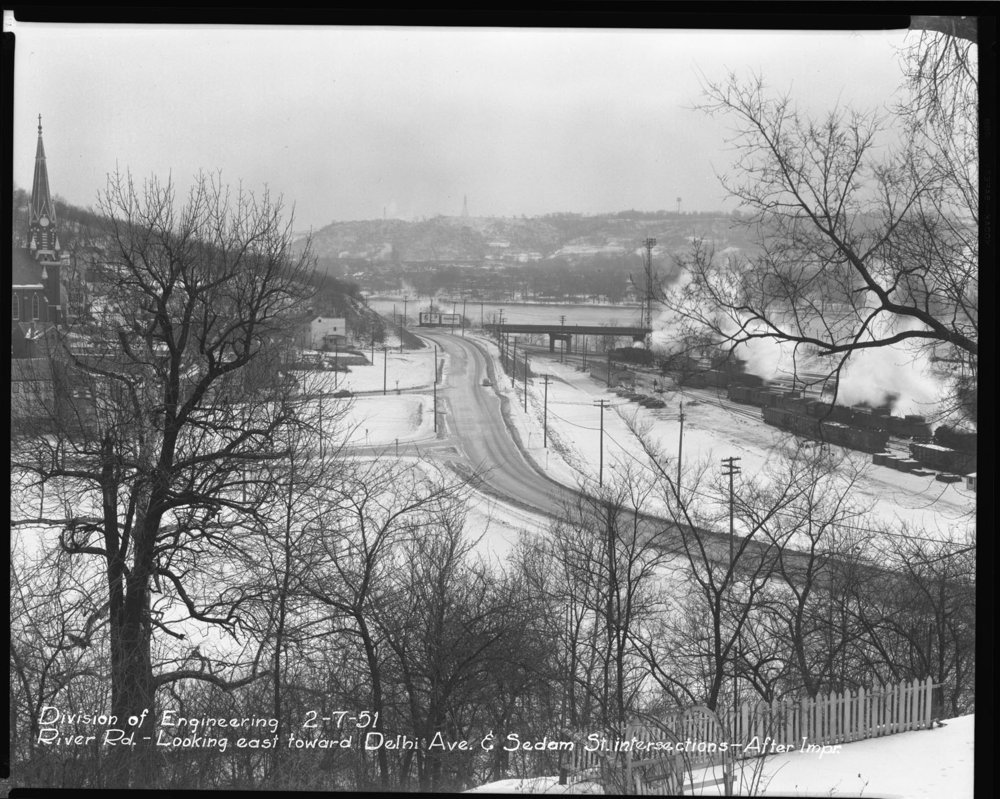 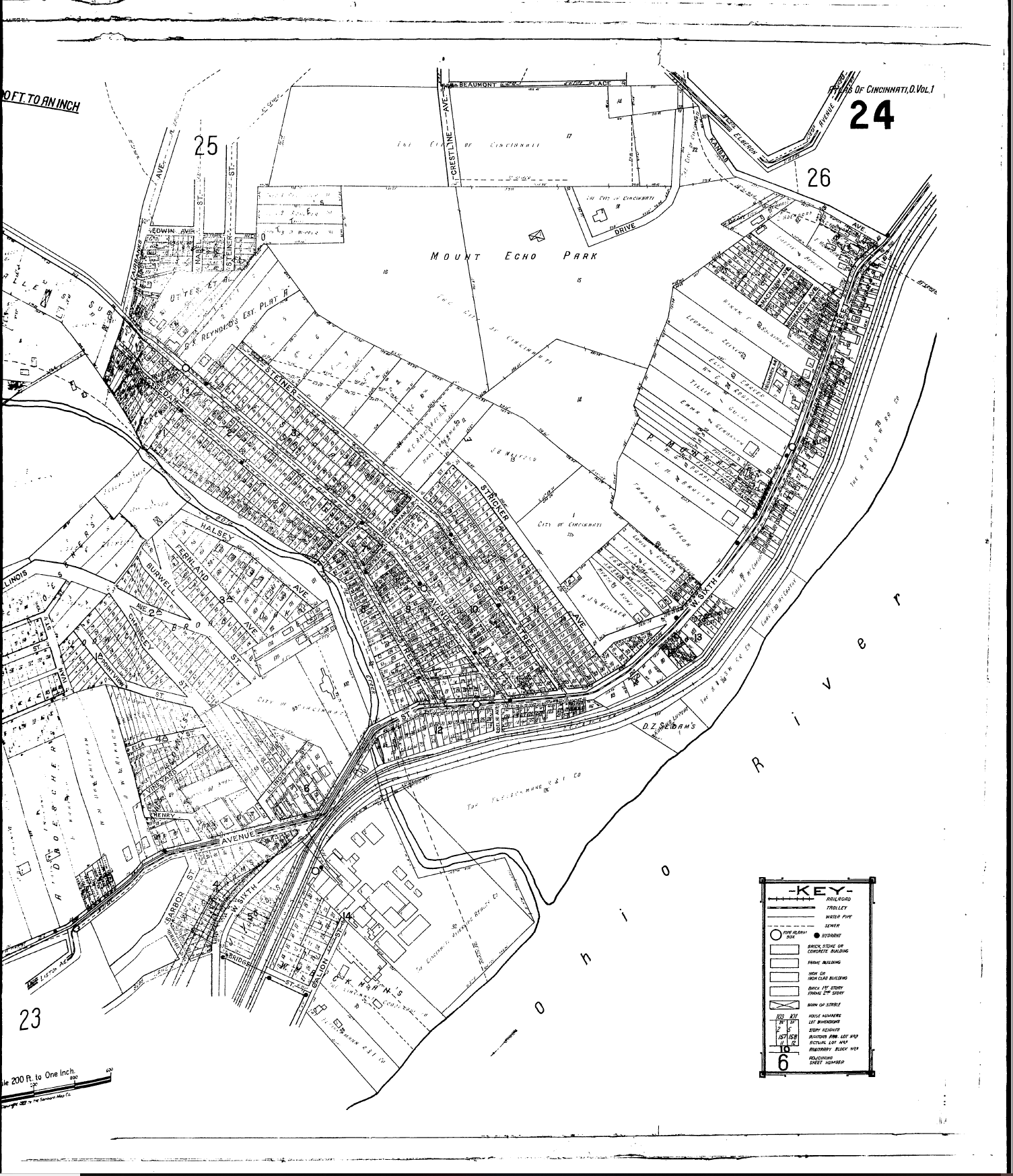 Post Card from The Kraemer Art Company of Sedamsville. https://cdm16998.contentdm.oclc.org/digital/collection/p16998coll6/id/3400 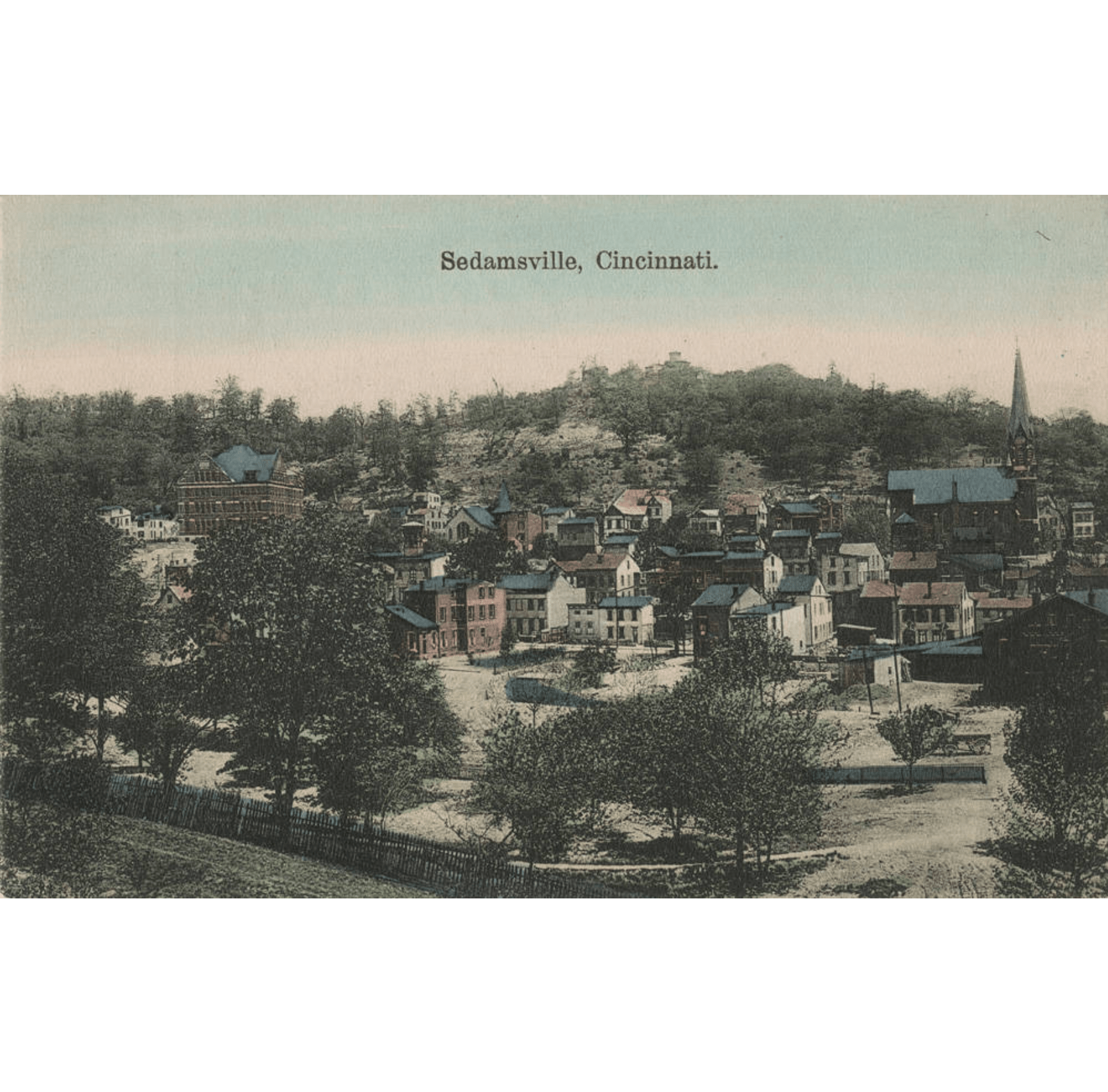 The land which would ultimately become Sedamsville was first occupied in 1795 by Colonel Cornelius Sedam, a veteran of the Revolutionary War. Along with other Revolutionary War veterans, Sedam maintained a farm that stretched from the base of Bold Face Creek to the hillside of Mt. Echo Park.

In 1827 Colonel Sedam's son Henry subdivided a portion of the property for development. Many of the lots that Sedam sought to develop were small and inexpensive, and thus, were popular among low wage, working-class residents. In 1835 Sedamsville was formally incorporated as an independent municipality. Until the completion of the Whitewater Canal and subsequent rail interests during the 1840s, there were few opportunities for work among Sedamsville's residents. Up until the City of Cincinnati annexed Sedamsville in 1870, the entire town was composed of only 40 buildings that sat alongside River Road. As industrial firms began to populate the region, the population of Sedamsville grew accordingly. After its annexation and the growth of its industrial presence, Sedamsville began to develop into a well-populated suburb of Cincinnati.

As the population of Sedamsville continued to increase, a number of small brick houses were established along the hillside of Mt. Echo Park and the surrounding areas. By 1900, a central business district had grown around River Road, where locals found bars, restaurants, funeral homes, and grocery stores. By the time that Bold Face park was constructed in 1918, the community of Sedamsville had developed into a self-contained community.

Over the next half-century, Sedamsville would be whittled down into just four streets: Steiner, Delhi, Sedam, and Fairbanks. Its once-thriving central business district had been replaced with a four-lane highway, and its population began to steadily decrease. Today a number of local residents express a desire to return Sedamsville to its glory, yet, are faced  with the realities of a community in decay.