On September 15, 2018, Rocky Flats National Wildlife Refuge opened 10.3 miles of trails to the public. The opening of the land for recreation has been a contentious topic, however, due to concerns over health impacts from a Cold War-era nuclear weapons production facility, the Rocky Flats Plant, that used to be located near the refuge. Situated 16 miles northwest of Denver, the site underwent a 17-year transformation into a wildlife refuge, and now into an area for recreation. Concerns remain over whether the cleanup that occurred after the plant was dismantled was sufficient in removing plutonium from the refuge lands. Moving forward, this wildlife and recreational area will be one portion of the interconnected trail system in the Denver metro area. 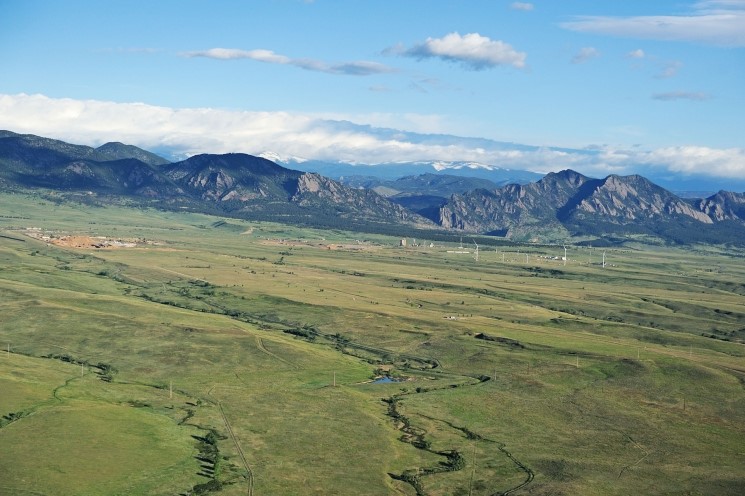 Aerial View of Rocky Flats in June 1995. Rocky Flats, the former weapons manufacturing plant northwest of Denver, as it appeared prior to closure and remediation. 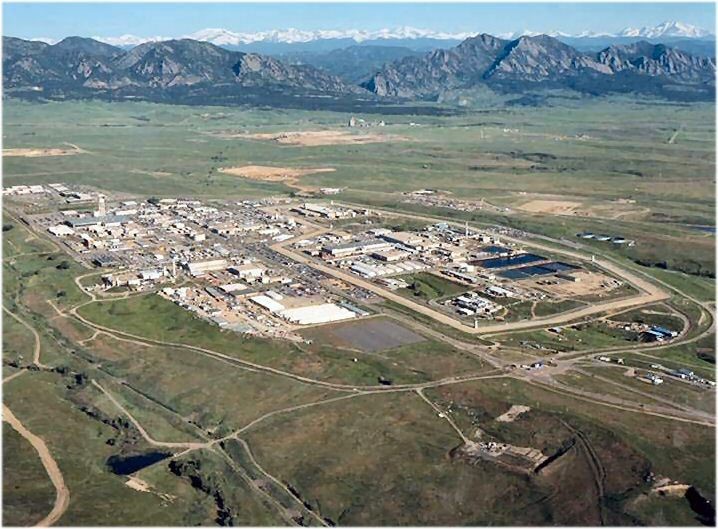 According to the official website of the state of Colorado, the Rocky Flats Plant “manufactured radioactive and non-radioactive metal parts, primarily for nuclear weapons, from 1951 to 1989.”2 After 1992, however, the mission of the site shifted to focus on decontamination and permanent closure of the plant.2 This physical cleanup of the site was completed in 2005 after decontamination and demolition of over 800 structures.3

Since the cleanup occurred, the land has been designated as a U.S. Fish and Wildlife Service National Wildlife Refuge. The land contains 630 plant species, including rare xeric tallgrass prairie.4 This abundance of plant varieties makes the Rocky Flats refuge a home to many mammal and bird species, including elk, deer, coyotes, prairie dogs, porcupines, and more than 185 migratory bird species (many of which even breed at the site!).4 Many reptiles, amphibians, fish, and insects also call Rocky Flats home because the ecologically diverse area contains grasslands, woodlands, and wetlands.4

In preparation for the refuge to become a recreational area for human visitors, many studies were completed to ensure that the cleanup was effective in removing plutonium and other radioactive metals from the site. The Department of Energy, Environmental Protection Agency, and Colorado Department of Public Health and Environment oversaw various studies that all demonstrated that the levels of radioactive chemicals were well below the acceptable thresholds set by government mandates.3 The Department of Energy maintains 1,300 acres as a legacy site so that they can continue to monitor the area for any health concerns.3 Having been deemed safe enough for human recreational activity, 10.3 miles of trails opened at Rocky Flats National Wildlife Refuge on September 15, 2018.1

2. What was the purpose and mission of the Rocky Flats site?. Colorado Department of Public Health and Environment. . Accessed November 21, 2018. https://www.colorado.gov/pacific/cdphe/rocky-flats-purpose.

3. How was the cleanup conducted at Rocky Flats?. Colorado Department of Public Health and Environment. . Accessed November 21, 2018. https://www.colorado.gov/pacific/cdphe/how-rocky-flats-cleanup-conducted.