The Bentley House is one of the most beautiful historic homes in Springfield. It was built in 1892 by J.F. G. Bentley, who was a prominent businessman in the late 19th and early 20th centuries and was well known throughout southwest Missouri. He was a member of several fraternal organizations and regularly held social gatherings here. The home is also significant for its architecture. It is a fine example of the Queen Anne style and features a tower, large porch, ornate interior woodwork, and other elements typical of a Victorian-era residence. For a time it was a house museum but this no longer appears to be the case. The home was added to the National Register of Historic Places in 1980. 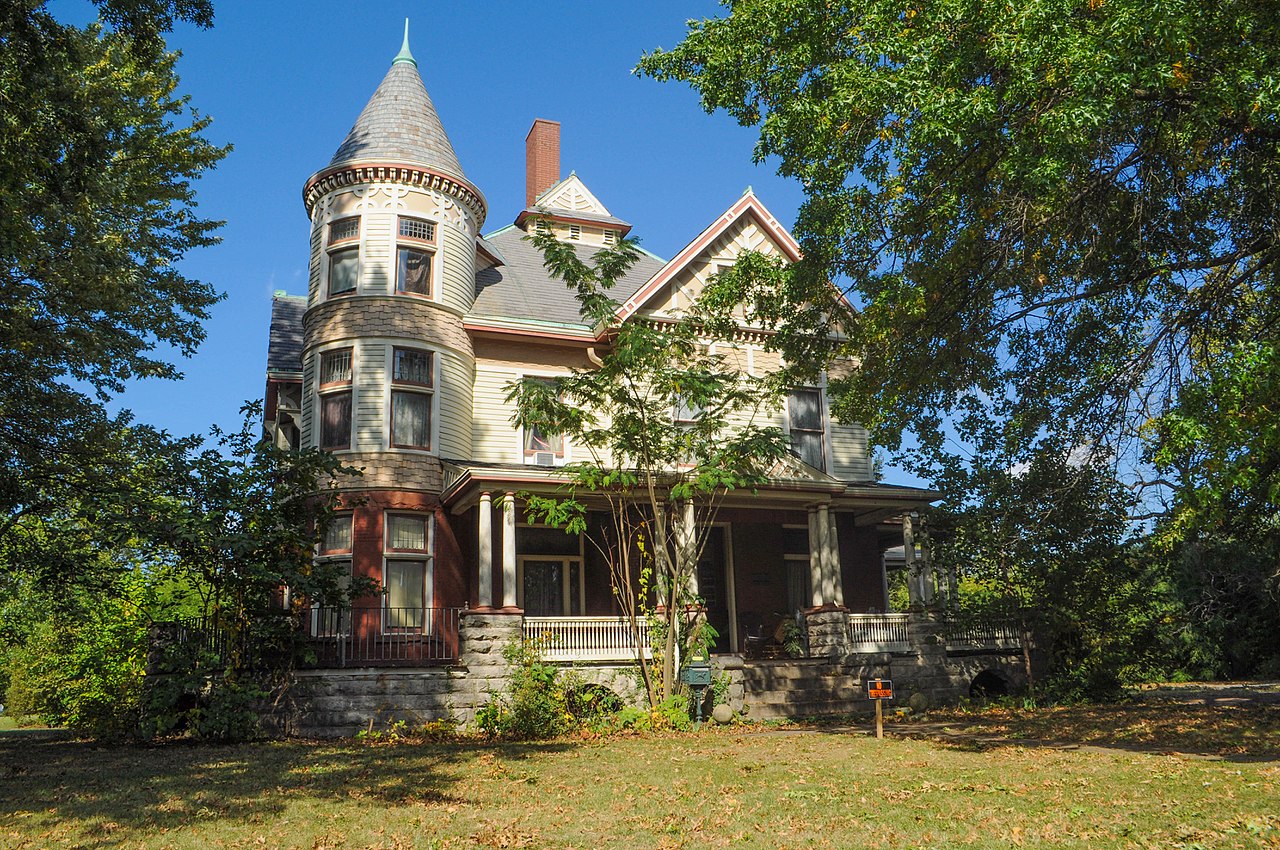