Located at 5 South Central Avenue this house is historic because it is home to 2 historic people of Apopka, Florida. The home first belonged to Edward B. Waite then Frank H. Davis. This house is a important house in the development of the history of Apopka. 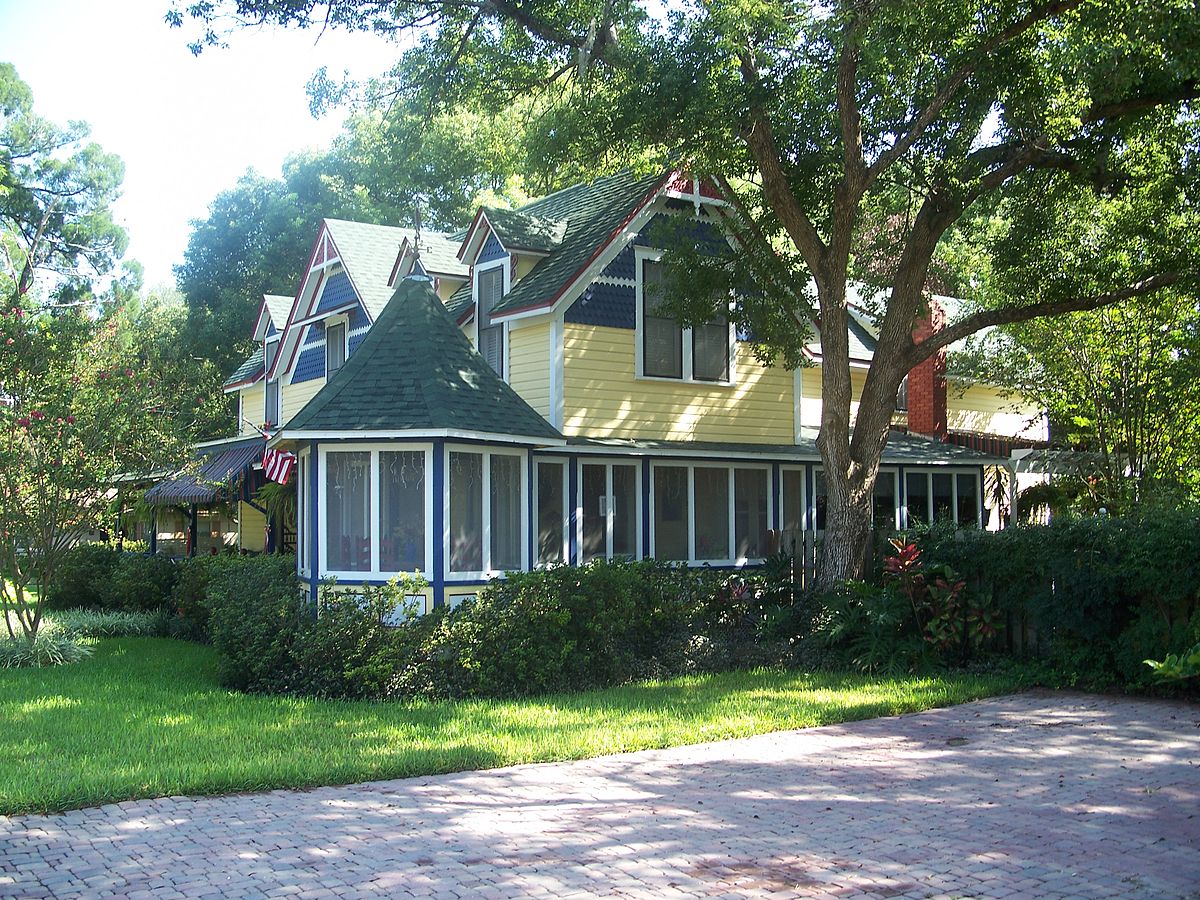 To paint an accurate description of the Waite-Davis house in Apopka, Florida, the National Register of Historic Places describes it as being a “1 ½ story wood frame vernacular house constructed in 1886.” Located at 5 South Central Avenue this house is historic because it is home to 2 historic people of Apopka, Florida. The home first belonged to Edward B. Waite then Frank H. Davis.

Before we can get an accurate description of these men, we need to start with a brief description of Apopka and its early history and settlements. In the book History of Apopka and Northwest Orange County by Jerrell H. Shofner mentions that around the middle of the 18th century “there was a Seminole village on Lake Apopka…where it remained until the outbreak of the Second Seminole War in the mid-1830s.” (4) This is an important detail to note because this information will later on connect to our men we are about to discuss. On the website of the National Register of Historic Places they say the Waite-Davis house is significant because it is “in the area of Exploration and settlement for its city of Apopka in the Orange County.”

Edward B. Waite was a Manchester, New Hampshire native and migrated all the way to Apopka, Florida in 1885. His wife Abbie, who we will discuss, also arrived with Edward in 1885 also played a big role in the development of Apopka. Edward bought “lots 55 and 67 in Block B of the new subdivision and had a house constructed for himself and his family” as stated in the National Register of Historic Places statement of significance.  He bought this land in town frequently known as “Yankee Town” in the National Register of Historic Places because many of the residents that settled there came from New England and wanted to it to differentiate it from the “Old Town” which was the area where the Apopka Masonic Lodge was located. Edward and Abbie had one son together named Leslie P Waite born in 1892. This is all the information there is known on Edward B. Waite until he dies in 1906.

Abbie Waite-Davis, the widow of Edward B. Waite, was a leader of the Women’s Improvement Club. This organization was important because it helped raise money for various civil projects. She also went on to remarry, a man named Frank Davis.

Frank Davis is similar to Edward B. Waite because he is also originally from Manchester, New Hampshire. Frank invested in real estate and went on to open his own real estate company with a man name R.M Mitchell. He was active in many civic organizations and also “help found the local Congregational Church” in 1886 stated in the National Register of Historic Places statement of significance.  In 1912 Frank Davis organized the Apopka Board of Trade and was even the first president. Frank Davis served as city councilman and went on to become Mayor of Apopka in 1914. Later he died in office on August 27,1916.

As for Abbie and Edward B. Waite only son Leslie P Waite. He went on to play a major role in Apopka’s development. Leslie lived at 5 South Central Avenue, the Waite-Davie house, but also known to many as the Leslie P. Waite house his whole entire life. Leslie P. Waite opened many businesses the first one being a dry good store, he later went on to open up a real estate office. In the book History of Apopka and Northwest Orange County, Jerrell H. Shofner states that “The Waite Realty Company was composed of Leslie Waite and John Jewell.” (176) Leslie P. Waite was “one of the organizers of the Central Savings and Loan Association of Apopka” stated in the National Register of Historic Places. Waite also started to take interest in Apopka’s foliage industry and started to help develop it. Leslie Waite also helped form the Orange County Fern Clearing House Association.

This house is still standing as of today and has had a few minor details changed and added. This house is a Folk Victorian style house which was very common for the time frame this house was built, which was between the 1880s and 1900s. “Only the Waite-Davis House, retains most of its original trim” take out of the he National Register of Historic Places.

“From the Ground Up.” http://sodandlandscaping.services/historic-buildings-located-apopka-florida/ . Accessed 27 September 2018

The History of Florida. Edited by Michael Gannon, University Press of Florida, 2018.