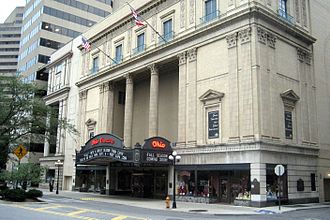 The Old Columbus City Hall, which stood at this spot until it was destroyed by fire in 1921. 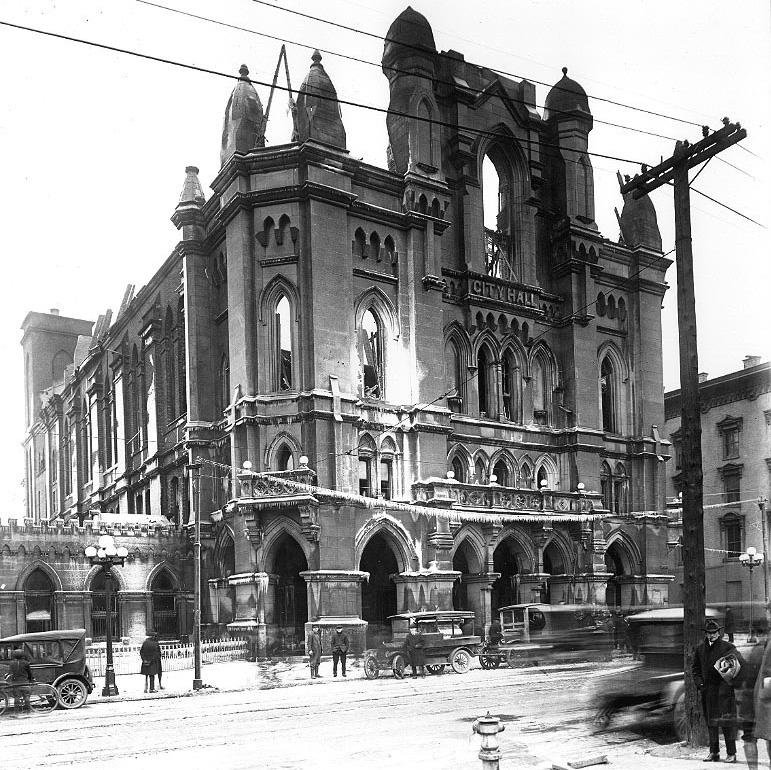 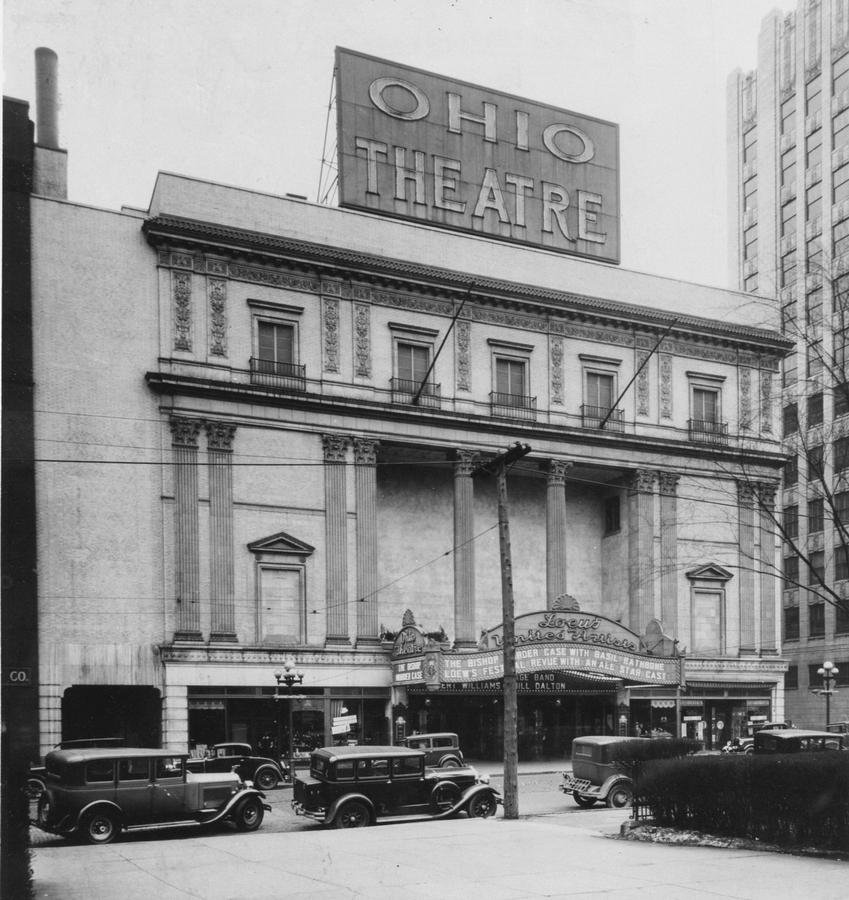 Inside the Ohio Theatre. 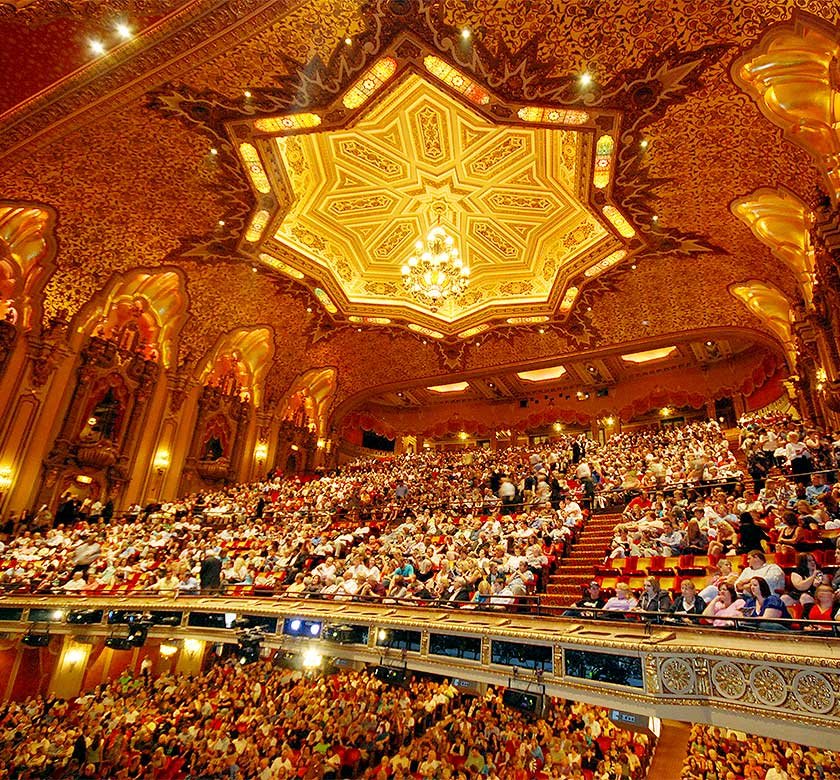 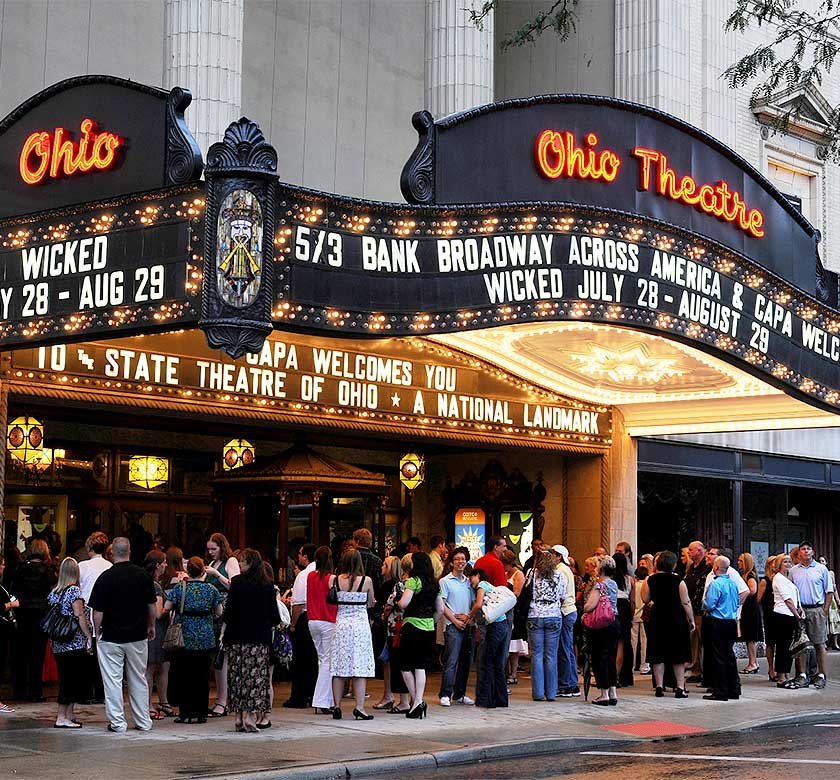 After the old Columbus City Hall burned down in January 1921, the property remained empty until the construction of the Ohio Theatre. Originally called the Loew's and United Artists Ohio Theater, the project was shaping up to be theater magnate Marcus Loew’s favorite. It was designed by Scottish-born architect Thomas W. Lamb who intended for the theater to be “a palace for the average man.” He had previously designed Madison Square Garden and the Ziegfeld Theatre in New York as well as the RKO Palace Theatre in Columbus. The interior was decorated by Anne Dornan, one of the first women to graduate from the Columbia School of Architecture. She brought in furniture from around the world at a cost of over $1 million to give the theater a luxe feel. This was more than the total cost of construction, which was $865,000.

Marcus Loew died just six months before the Ohio Theatre’s grand opening, never getting to see his favorite theater fully realized. For the March 17, 1928 opening, the theater showed a newsreel, live performance, and the film Divine Women starring Greta Garbo and Lars Hanson. This first night demonstrated that the theater could be used for both film exhibition and live performances. Some famous vaudevillians to perform at the theater after its premiere include Milton Berle, Cab Calloway, Buddy Ebsen, Ginger Rogers, and Jack Benny.

One of the exceptional features of the theater that survives today is the “Mighty Morton” organ. The Robert Morton Theatre Pipe Organ was installed in the theater in 1928 to accompany live shows and silent films. Despite the booming popularity of sound films in the 1930s, the organ was never removed. Of more than 10,000 pipe organs in operation in the 1920s, fewer than forty survive today in their original installation.

As more and more residents of Columbus moved into the suburbs during the 1950s and 1960s, the Ohio Theatre saw a decline in business and closed. It was set for demolition, and even held a farewell performance, but the end was not near. After a packed theater heard the Columbus Symphony Orchestra perform at the theater on March 2, 1969, people realized that the theater was still beautiful with impressive acoustics. A “Save the Ohio” campaign that same year raised $2 million, allowing the Columbus Association for the Performing Arts (CAPA) to purchase and renovate the Ohio Theatre.

The Ohio Theatre reopened in October 1970 with the Columbus Symphony Orchestra playing Beethoven's Consecration of the House. Renovations in the later part of the decade included redesigning the stage, backstage area, and orchestra pit as well as recreating the original carpeting. In 1984, the stage was expanded to twice its original depth and resurfaced in fir and maple. During recent work, the main floor and loge seats were replaced with wider ones. The $16.5 million John W. Galbreath Pavilion was also built at the same time.

According to CAPA’s website, “Today, the Ohio Theatre is home to the Columbus Symphony, BalletMet, and Broadway in Columbus, and also hosts CAPA-presented performances, as well as a wide variety of touring artists and shows each year." 1