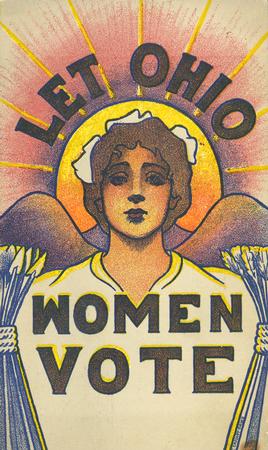 After the Civil War Ohio counties and communities created local women’s suffrage groups. In 1885 the Ohio Woman Suffrage Association (OWSA) was founded to focus on Ohio local and state laws. Women earned the right to vote in board of education elections in 1894, but did not earn the right to vote in all elections until the 19th Amendment. Ohio ratified the 19th Amendment on June 16, 1919, and also passed a state bill allowing women to vote in the 1920 presidential election in case the amendment did not go into effect before then.