Located on the Cumberland River in Clarksville, TN, sits Fort Defiance, also known to many as Fort Bruce and to some Fort Sevier. Currently a memorial site to the events that took place there during the American Civil War, this fort played a significant role in the shifting hold of the Cumberland River between Union and Confederate forces. In the play that was the American Civil War, Clarksville and Fort Bruce were the set and stage, with the leads being John Hunt Morgan as the main Confederate and Sanders D. Bruce as the main Unionist. The story isn’t as famous as those of Antietam or Gettysburg, but the skirmishes that occurred on the border between Union and Confederate territory were vital nevertheless.

A photo of John Hunt Morgan. "Thunderbolt of the Confederacy" and a nuisance for the Union along the Cumberland. 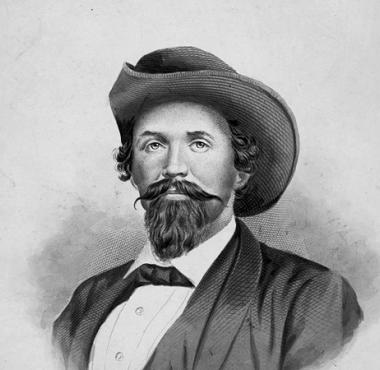 A map of Clarksville and the Cumberland River in 1865. Note Fort Bruce to the left, where the Red River merges with the Cumberland. The Fort was originally occupied and built by the Confederacy, but after swapping 3 times, fell into Union hands. 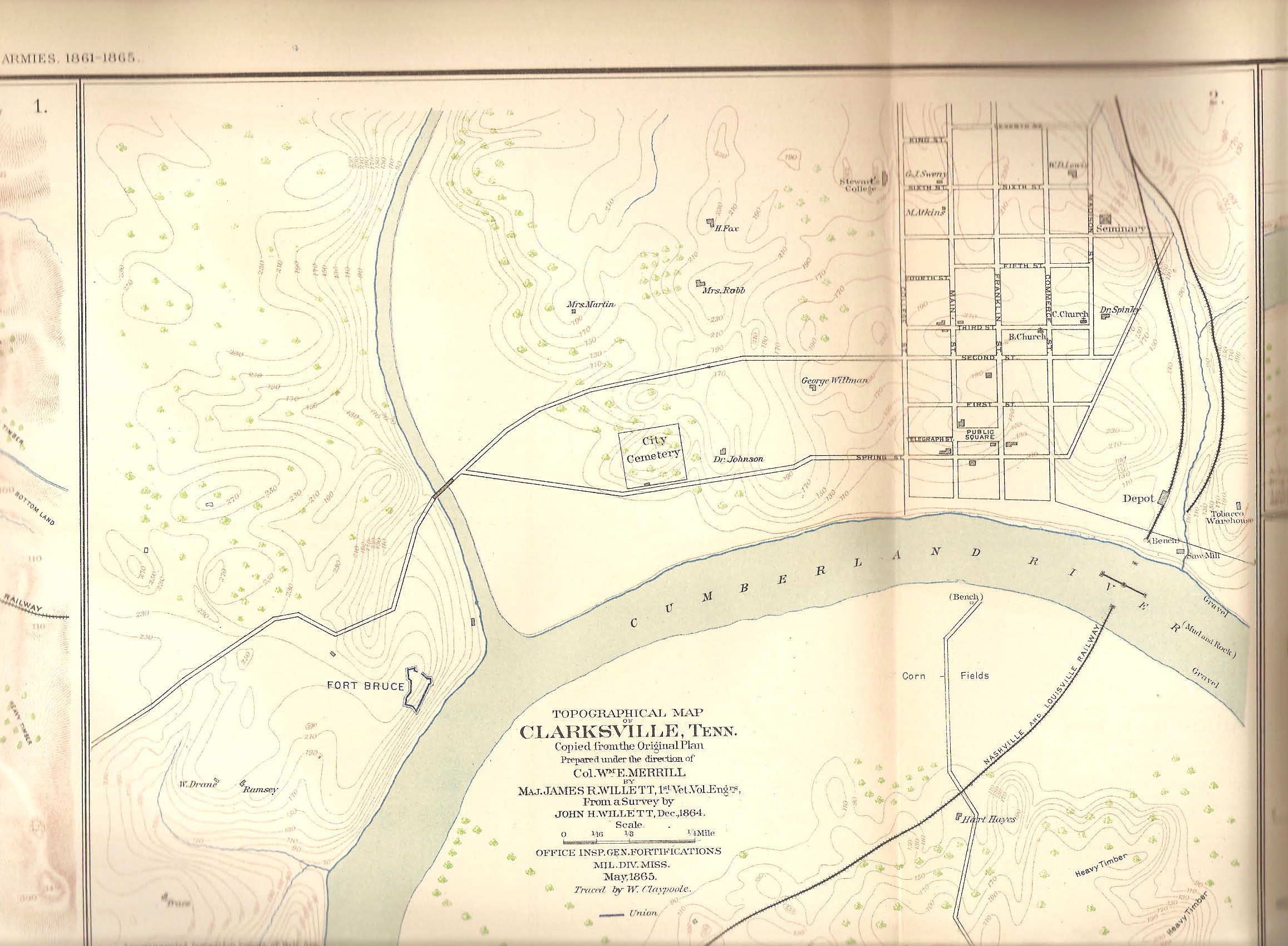 Fort Defiance today. The building pictured is the current Interpretive Center that opened in 2011, just in time for the 150 Year anniversary of the Civil War. 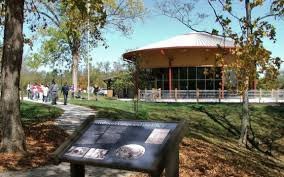 A photo of Colonel Sanders D. Bruce. The Union Colonel who managed to hold Fort Defiance from 1863 to the end of the war, earning him the prestige of having the fort renamed after him. 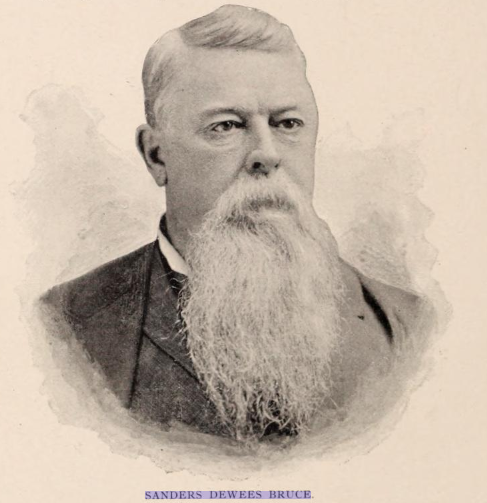 The American Civil War is a portion of the history of the United States that will never die down. To this day, many people are still enthralled by a certain of charm that it holds. Reenactors devote their lives to getting the details just right for this modern age, historians devote their entire careers to studying one tiny specific aspect of such a large and broad war, and civil war battlefields are maintained and used as centers for education. Clarksville’s Fort Defiance falls under that last category. Originally called Fort Sevier, then renamed Fort Bruce, and later on Fort Defiance, this American Civil War memory sits above the Cumberland River, watching the it flow today just as it watched for troops on the move in the mid-1860’s. There’s a story behind Fort Defiance that is familiar to what is uttered in every classroom and lesson when the Civil War is brought up; and that is the idea that it wasn’t uncommon to find family members pitted against each other on opposite sides. For this particular Civil War memory, it is a tale of brothers-in-law Sanders D. Bruce and John Hunt Morgan.

Originally called Fort Sevier, there is this narrative that the fort exchanged hands many times throughout the Civil War. The first side to lay claim to the hilltop the fort rests upon was the Confederacy, who felt that it could prove indispensable for protecting against Union gunboats.1 It was later found abandoned by Union gunboats, investigated, and then claimed by Union forces under Colonel Rodney Mason. Col. Mason held Fort Sevier until August 1862, when it was recaptured by Confederate forces. According to Mason, he surrendered because he understood that he was severely outnumbered, outgunned, and headquarters in Nashville refused to take action as he had informed them of the fort’s shortcomings in mid-June.2 After Mason lost control of the fort to Confederate forces, Colonel Bruce was sent from Bowling Green to recapture it and maintain control of the Clarksville area. It's difficult to pinpoint how Bruce was able to immediately take command of the fort, but due to thorough Union control in surrounding areas, it's implied that Clarksville was back under Union control at that time or that there was little resistance.

Sanders D. Bruce was a Union Colonel originally from Lexington, Kentucky. Colonel Bruce was in charge of the 20th Regiment Kentucky Volunteer Infantry. It seems that the Union headquarters located in Nashville strongly supported the idea of sending Bruce to Clarksville to hold that position in December of 1862. Communication between commanders shows that while other commanding officers could’ve occupied Clarksville at this same time, such as General Gordon Granger for example, but only for short periods of time each. Bruce had been stationed in Bowling Green when the decision was being made. It’s unclear if Bruce was chosen for his proximity to Clarksville that December, the amount of men he had under his command, or if for some strategy or experience-based reasoning. One thing that is clear is that at this time, John Hunt Morgan was becoming more and more active along the Cumberland River and it was believed that Bruce was needed to resolve that problem. While stationed at the Fort, Bruce's main adversary was John Hunt Morgan and the cavalrymen he led on raids throughout the region.3

John Hunt Morgan, the “Thunderbolt of the Confederacy” was a Brigadier General and renowned cavalryman for the Confederate Army. Originally from Alabama, Morgan found himself in Lexington, Kentucky for schooling and took up manufacturing hemp. When war broke out, he joined up with the Confederacy and quickly made a name for himself.4 Along the Cumberland River, Morgan caused concern and wreaked havoc with his raids and attacks on railroads and telegraph wires. Morgan led raids up and down the Cumberland and used his skills to disrupt supply lines and movements quickly, in guerrilla fashion. When Union commanders knew that Morgan was in the area, they scrambled to play a logistical game out of what areas needed immediate attention and which regiments and brigades were in well enough condition to handle a possible raid.5

The focus of the story about Fort Bruce is typically that it changed hands multiple times throughout the war. That constant contention for a hilltop on the border between Confederacy and Union is an interesting aspect of the war without any doubt. There's a heart and soul to the Civil War that keeps it ever present in the hearts of Americans, and each location associated with the Civil War is unique and plays right into the spirit of the war. Fort Defiance is no different. It's a difficult story to flesh out, Clarksville doesn't appear to be as attention grabbing of a battlefield like Gettysburg or Antietam; but the fact that brothers-in-law stood their ground and fought for control of the area is a tale that truly expresses why people are still interested in the Civil War to this day. Today, Fort Defiance stands as a small memorial park and is home to an interpretive center for visitors to look around in and dive into the history of the area.