The Mercado consists of six Spanish-style buildings that serve as classrooms and offices for a variety of Arizona State University colleges. Additionally, it contains a Simulation & Learning Resources Center that features state of the art technology for Nursing students. Mercado is also leased to local businesses and government agencies. Mercado, however was most noticeably a shopping center as of 1989, before it was bought by ASU in 1999.

The Mercado buildings in the present day. These are the buildings that house many classes and offices for ASU along with some businesses that are on a lease. 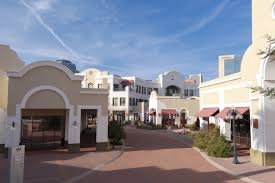 Inside one of the classrooms at the Mercado complex. Each of these classrooms is housed with state of the art technology that allow students to get hands-on experience with a multitude of things. 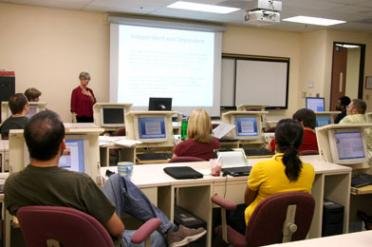 Intersection of E. Van Buren St. and N. Seventh St. in 1943 at the intersection where the Mercado would eventually be. In the photo you can see that there was a Chop Suey place, a Pie place, and a beauty shop. 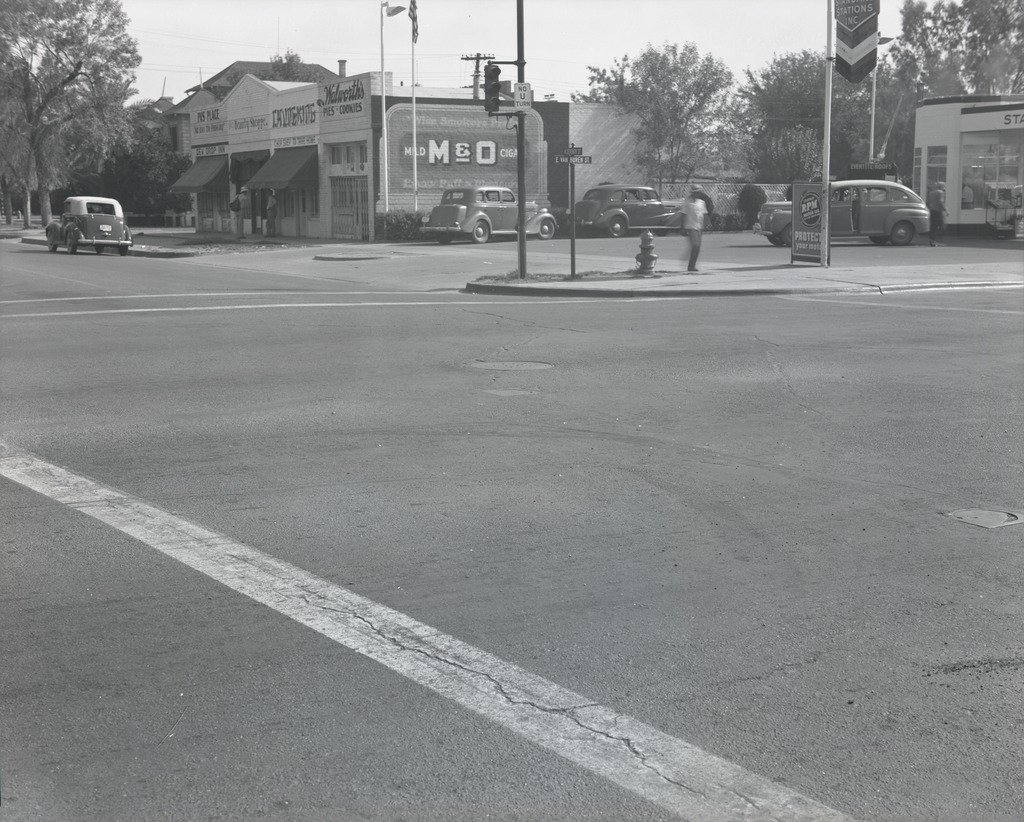 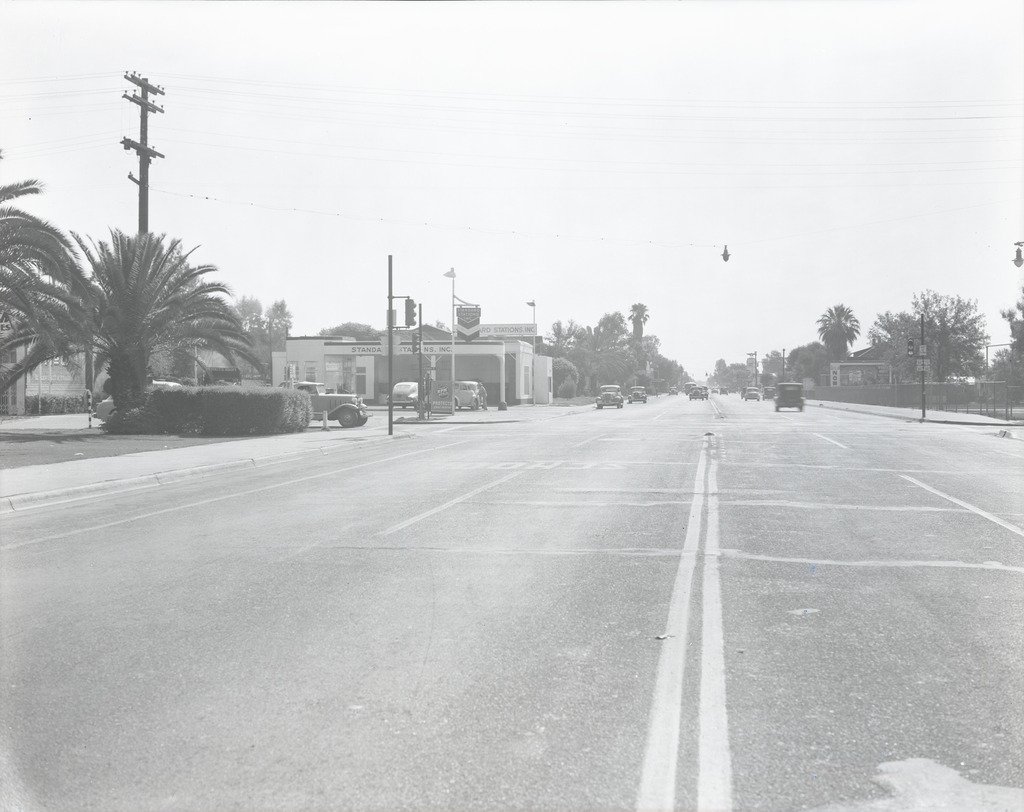 Before the Mercado buildings were built, photographs from 1943 show that the corners of 7th Street and Van Buren, where the Mercado now stands, were occupied by local businesses such as a Standard Oil Company gas station, a chop suey place, a pie store, and a beauty salon. There also used to be a mule corral there before the gas station was built--and cars became more important.

The Mercado first opened in December of 1989. It originally began as a shopping center with a heavy Hispanic/southwestern influence. The Mercado received the first ever Federal Urban Development Action Grant in Phoenix. The Mercado housed many different Hispanic shops and restaurants. It also contained the first ever Hispanic Art Museum in Arizona. The Mercado has about 125,000 square feet of office and retail space.

In 1990 Arizona State University opened its College of Extended Education in the Mercado. It only leased about 30,000 square feet to house its college, with the rest left to retail business. Arizona State University eventually grew to occupy about half of the space inside the Mercado. However, through all of this the Mercado struggled and failed to live up to the expectations people had for the Mexican-themed shopping center. Due to the lack of marketing and competition many businesses inside the Mercado were forced to vacate.

Arizona State now uses the complex to house  parts of the Mary Lou Fulton Teachers College and Nursing programs along with other healthcare undergraduate programs. The complex is now equipped with state of the art technology. The Simulation and Learning Resources Center inside Mercado has simulation suites, labs, and computer library commons especially geared to undergraduates in the health fields. These offer students a great place to study and enhance their education. The Mercado buildings have allowed ASU to cater to increasing population of students at their downtown Phoenix campus.