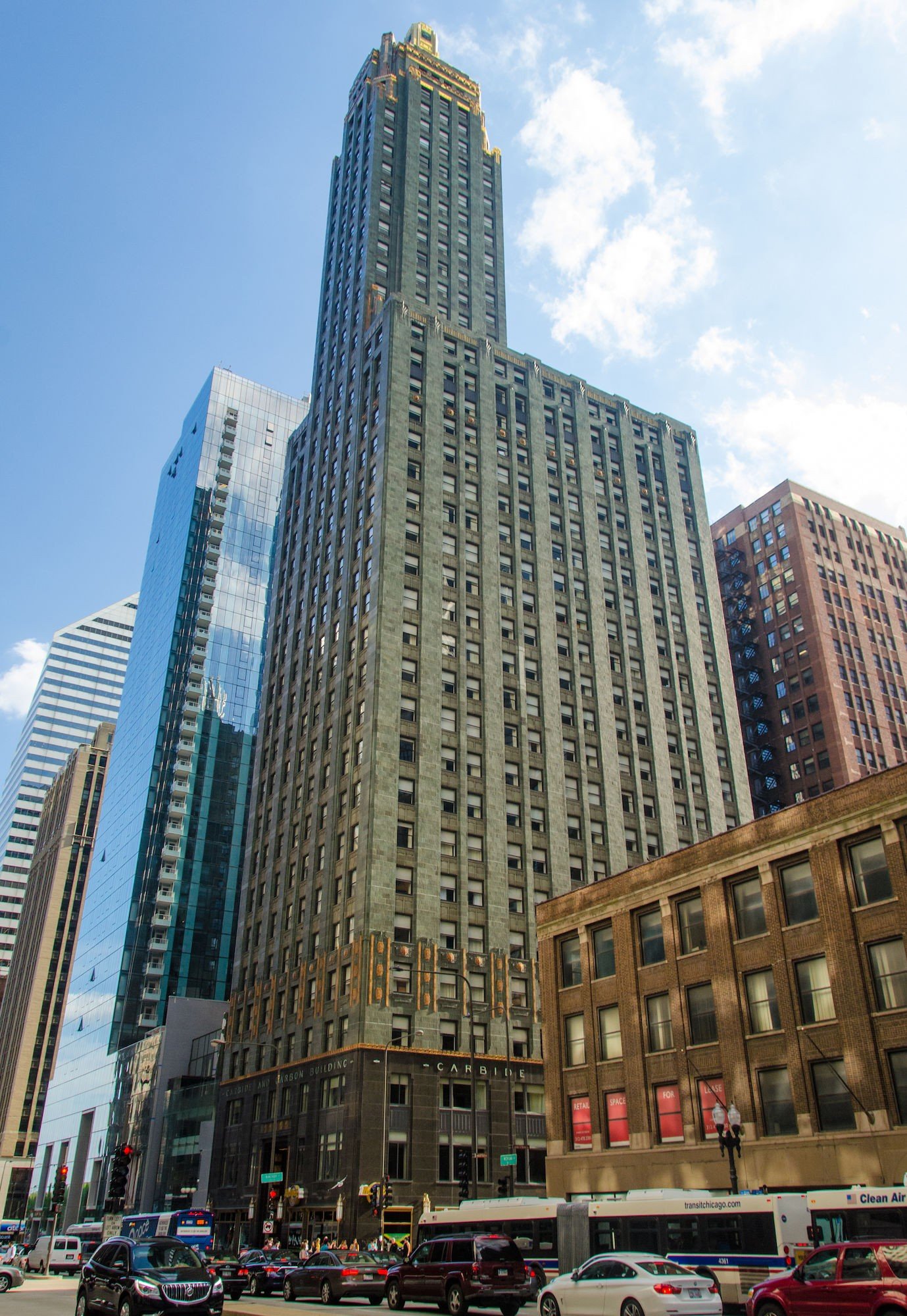 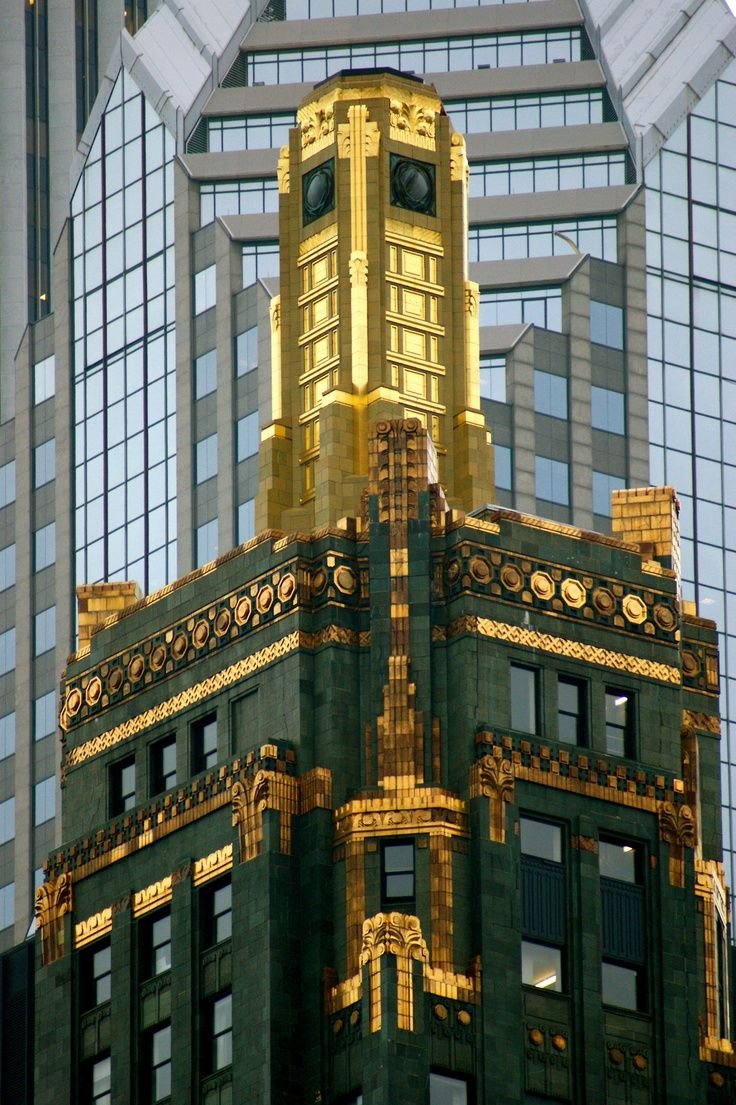 Carbide and Carbon Building under construction 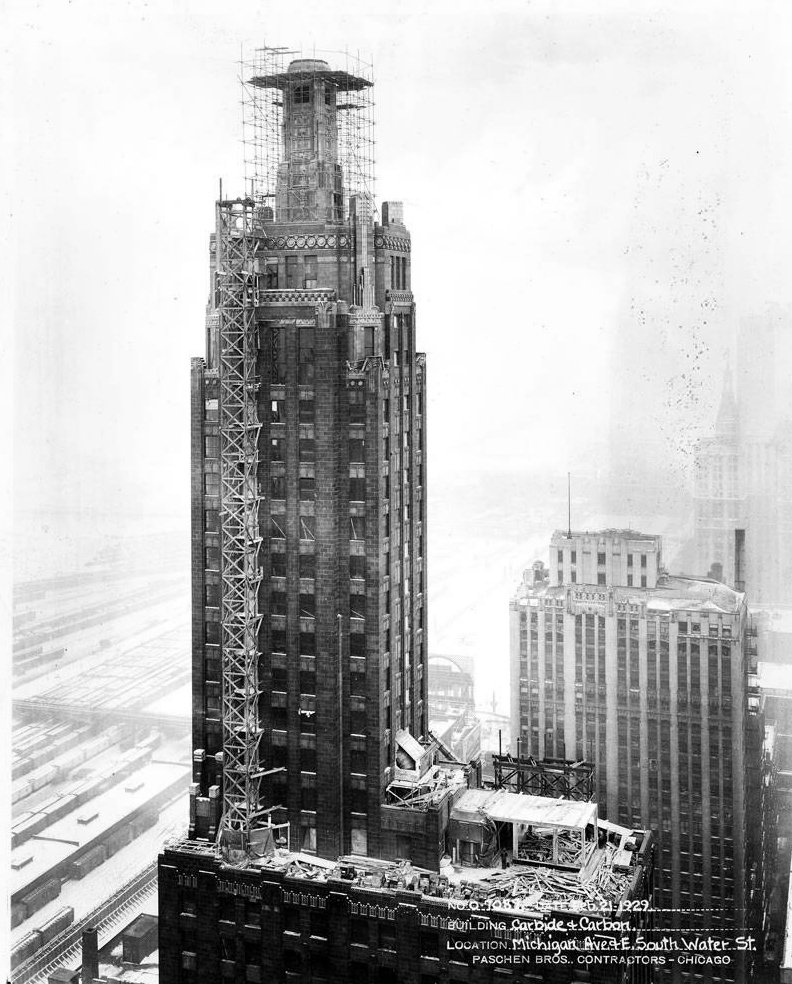 Chicago during the Roarin’ Twenties witnessed the construction of many of its iconic buildings, the Carbide and Carbon Building being one of them. The Union Carbide and Carbon Company of New York City wanted a regional office in Chicago to house its subsidiary companies and display its products. Carbide and Carbon commissioned the Burnham Brothers, the sons of Daniel Burnham, to design a building that reflected the company’s success. Because the building was designed an erected during Prohibition, urban legend says that the brothers deliberately designed the building to resemble a champagne bottle with a Black polished granite base, dark green terra cotta tower, and an elaborate gold trimmed cap.  The building’s interior lobby is also famous for its extravagance, featuring Belgian marble and frosted glass. When completed, the Art Deco styled building was the only fully-colored skyscraper in the world.  Carbide and Carbon asked for a statement piece and the Burnham Brothers delivered.

The Carbide and Carbon Building became a Chicago Landmark on May 9, 1994. Ten years later, the building underwent a $106 million restoration project as it became the home of Chicago’s Hard Rock Hotel. For the next thirteen years, the Hard Rock Hotel occupied the building. The building owners, Becker Ventures, desired to create a boutique hotel experience that more closely aligned with the building’s and Chicago’s Art Deco history. Becker Ventures paired with Aparium Hotel Group and Booth Hansen to completely renovate and restore the Carbide and Carbon Building back to its Art Deco appearance. The new hotel, named the St. Jane Hotel in honor of Chicago native Jane Addams and her Nobel Peace Prize-winning social activism, opened in the Spring of 2018.