The quad is location between all of the academic buildings on Muskingum university campus. It is home to many of the universities functions and events. 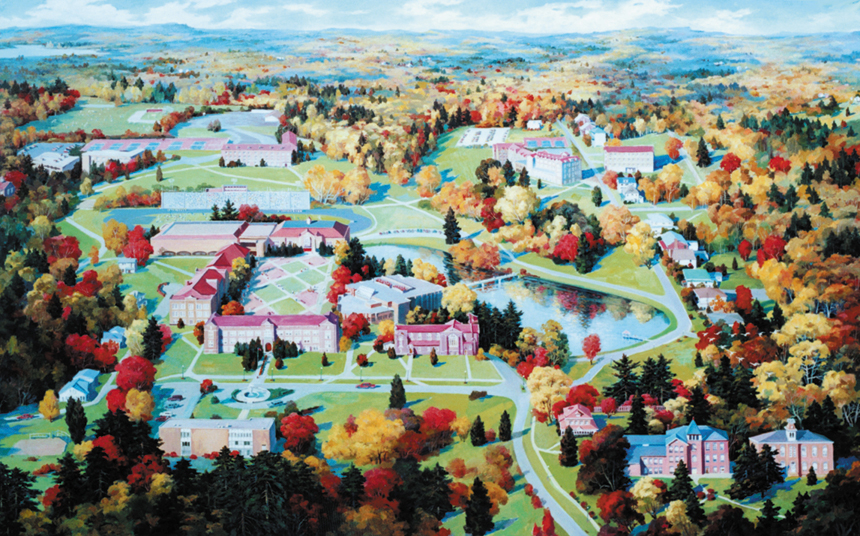 The quad center is located between the three academic buildings on Muskingum’s campus Cambridge Hall, Boyd Science center, and Montgomery Hall. The quad was originally known as the desert because the lack of walk ways and activities on the location. The quad was later remodeled to have sidewalks and grass squares between the walk ways. The walkways connected the buildings to each other helping to replace the nickname of The Desert.

The events started to increase in frequency after the remodel. One of the major events that occurred on a yearly basis after the remodel was the commencement ceremony for the university. This ceremony consisted of gathering students on the quad. As well as faculty in academic garb. The president of the university welcomes the students back to campus and has a key note speaker that would pass on life advice on success to the students. The key note speaker is usually alumnus of the university.

Another event that became a yearly feature of the Quad is the spring weekend or Muskie Palooza.  This event hosts a musical event sponsored by the university. There are also events put on by student lead organizations. These events began in 1973 and became a yearly occurrence since. The most recent artist to perform for the campus was Sage the Gemini, a rapper. The event hosts a community service opportunity to help build the relationship between the town of new concord and the university. The event helped build the moral of the students and help the students inherit a wider view of education.

Another yearly event that occurs on the quad is the involvement fair in the fall. This event introduces the freshman to the campus to everything the campus has to offer. It specifically is one of the first-time freshman will be able to interact with upperclassman, Greek life, and student lead organizations.

The quad is not the most important building or the most academically significant to the campus but is one of the most integral parts of the campus.it provides meeting spaces, event spaces and is the first and last place students see as they come and go from campus.