The Awatovi Ruins are located in northeastern Arizona on the Hopi reservation. When explorers from the Coronado expedition headed north out of Mexico, this was the first settlement they found. Upon its discovery, the village at Awatovi was once used as a mission, since then, it has been a very interesting archaeological site, dating back to the mid 1200's. The Awatovi Ruins are closed to the public, but the Hopi Reservation welcomes visitors.

The Awatovi Ruins as they appear today 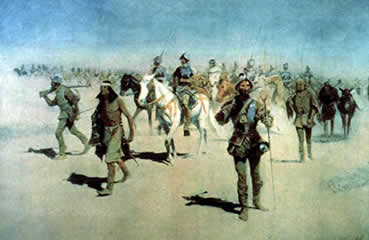 The Awatovi Ruins are locates on the Hopi Indian Reservation in northeastern Arizona. In 1540 the Coronado expedition headed north out of Mexico. Pedro de Tovar was ordered to lead a party in search of Hopi villages. The village of Awatovi was the first one they found. Once Spain began to establish missions on Hopi lands, Awatovi was one of them. It was rumored that  miracle happened there, while the Franciscans were desperately trying to convert the Hopi to Catholicism. According to legend, Father Francisco held a cross to the eyes of a blind boy, ultimately healing him. In 1701, the Hopi wanted rid of Christianity and those in their tribe who practiced it. . They destroyed the pueblo in hopes of ensuring that their own cultural traditions would live on.