Fort Buford was one of a number of military posts established to protect overland and river routes used by immigrants settling the West. Fort Buford is best known as where the famous Hunkpapa Sioux leader, Sitting Bull, surrendered in 1881. "The North Dakota State Historical Society runs Fort Buford State Historical Site. Three restored original buildings still stand at the site: the stone powder magazine, wood-frame officers' quarters, and a wood-frame officer of the guard building (fortwiki.com)." The officers' quarters in now a museum with an interpretive center. There are artifacts and displays in the museum. A few miles southwest from the museum is the fort cemetery. 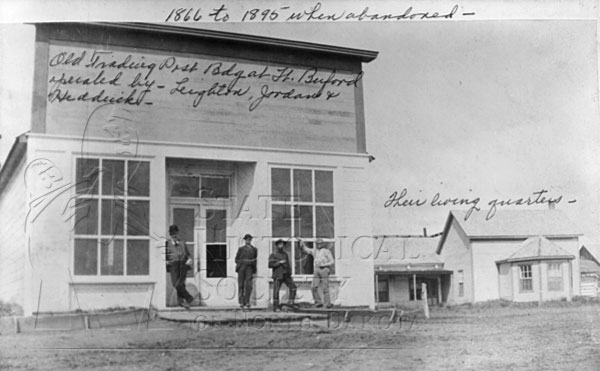 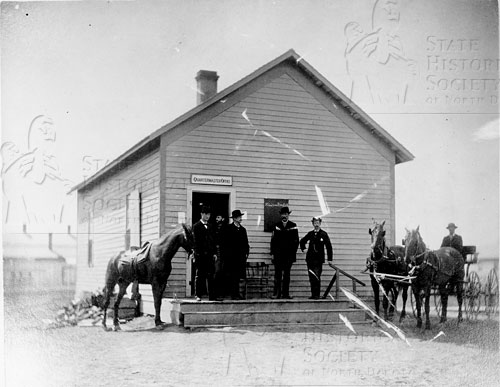 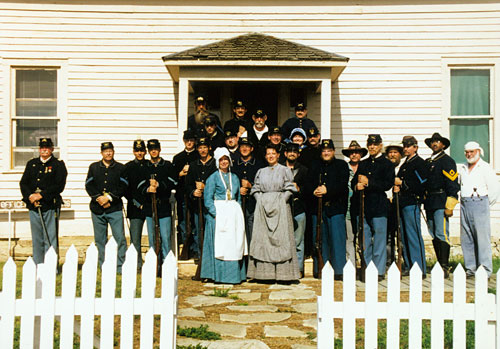 "On June 15, 1866, soldiers under the command of brevet Lieutenant Colonel William G. Rankin commenced building a new fort in Dakota Territory. It was named after the late Major General John Buford, hero of Gettysburg. By the end of November, the finished fort consisted of a 360-foot-square stockade, enclosing log and adobe buildings, which was constructed to house a single company garrison (history.nd.gov)." Historically, the region where Fort Buford was built, was claimed by the Hidatsa but they were decimated by smallpox and the Sioux took control. When the fort was built, the Sioux angrily raided the town.

This attack as well as others were led by Sitting Bull. While additional square footage was being built onto the fort, the Northern Pacific Railroad traveled to Yellowstone and Black Hills.  These expeditions violated the Treaty of 1868. The Sioux felt that the president "must stop the railroad" (history.nd.gov) because it was making the wildlife run away. The Sioux were being forced back onto the respective land and this action began the Sioux Wars of 1876-1879.

"After the Indian Wars were over, the fort lost its importance and began to deteriorate. On October 1, 1895, it was abandoned (legendsofamerica.com)." Today, you can visit the fort as a museum and a cemetery on the southwest side. Although there is a grave site, the soldiers' remains were relocated after the fort was abandoned. However, the graves marked by civilian headstones still contain the those who were buried there.