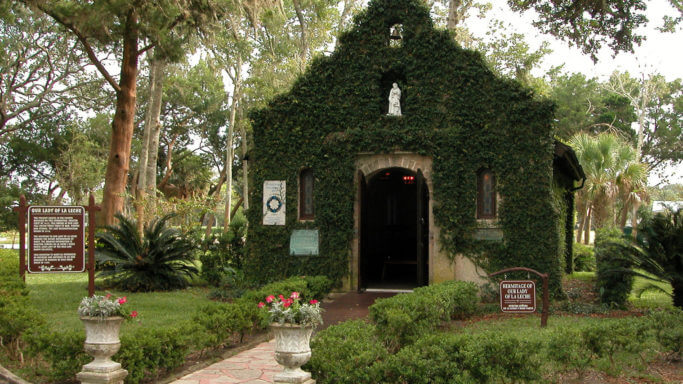 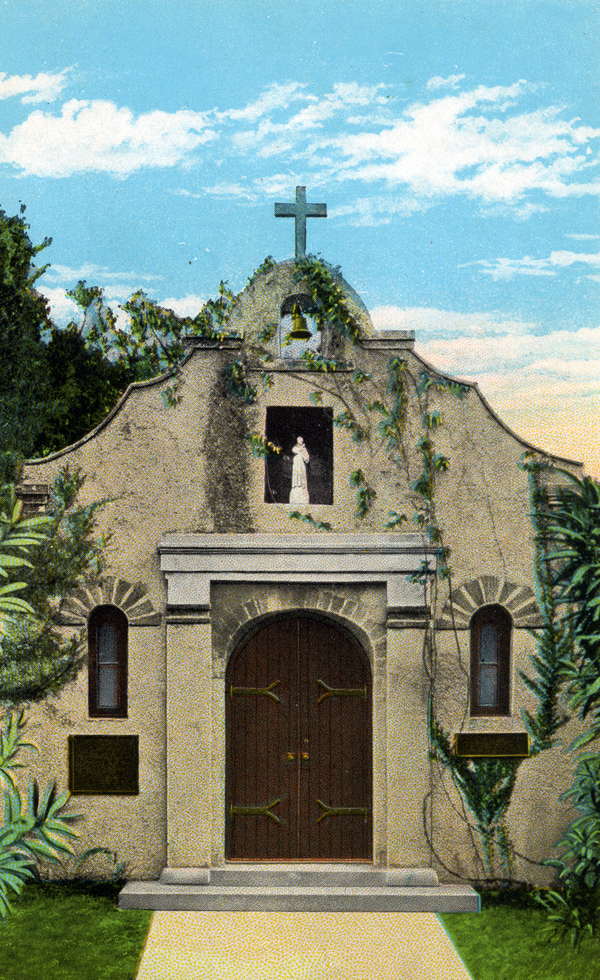 Statue on the altar of the ancient Spanish Shrine of Nuestra Senora de la Leche. Credit: State Library and Archives of Florida 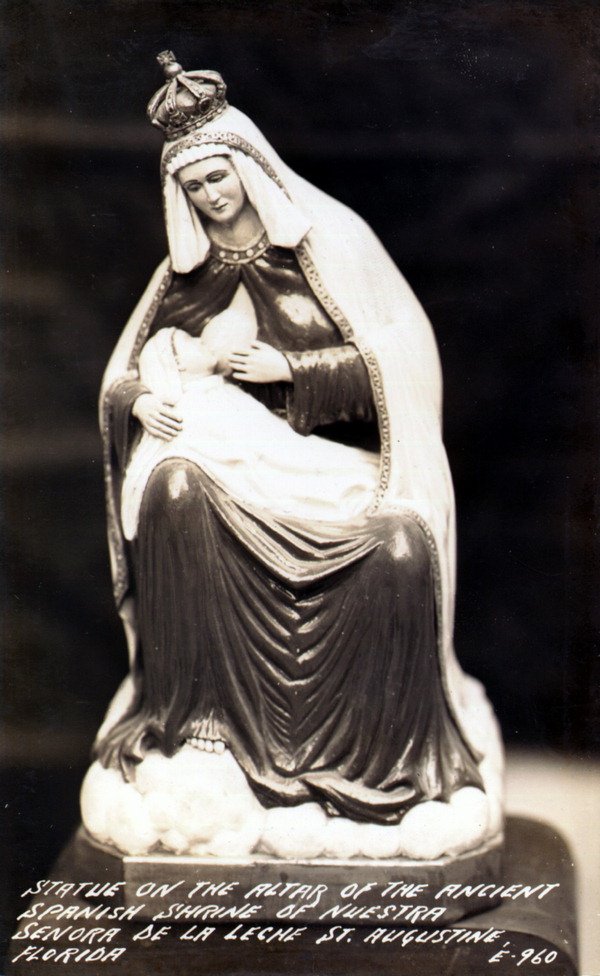 The rustic altar. Credit: The Shrine of Our Lady of La Leche at Mission Nombre de Dios 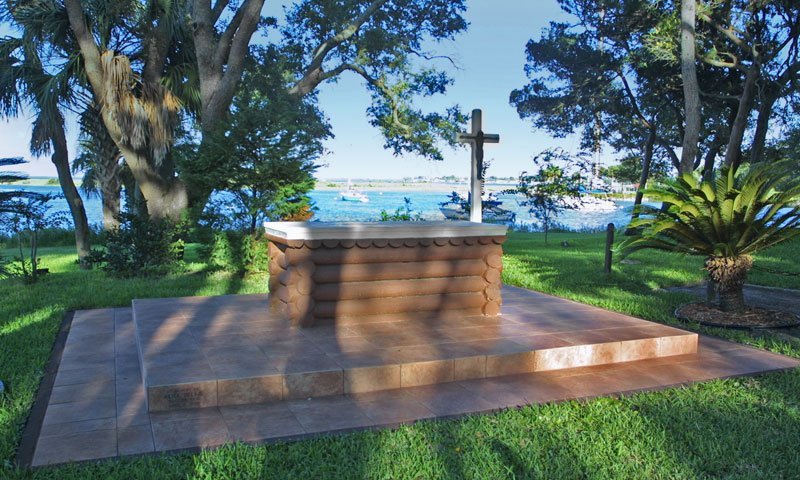 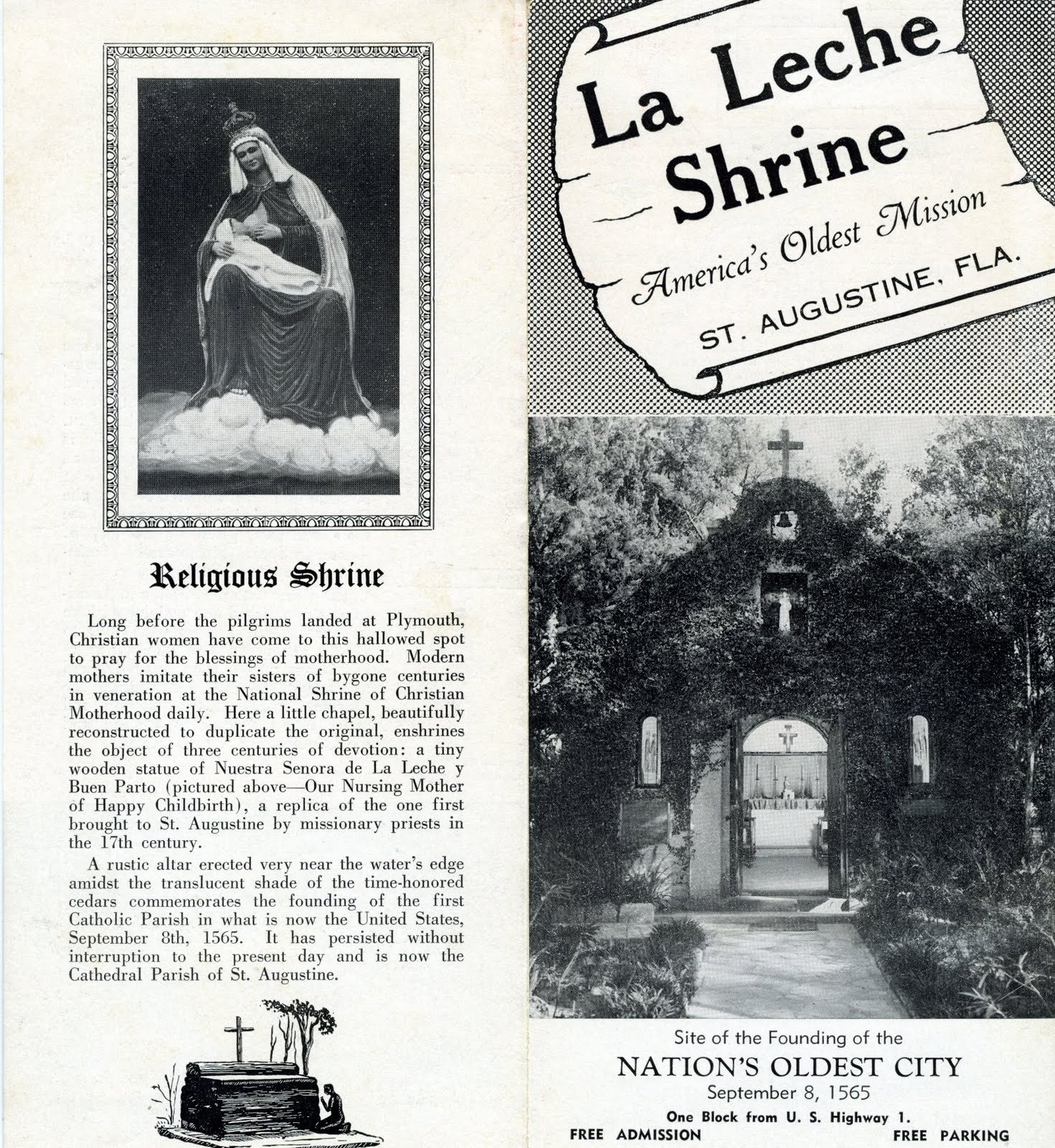 Inside the shrine. Credit: Waymarking 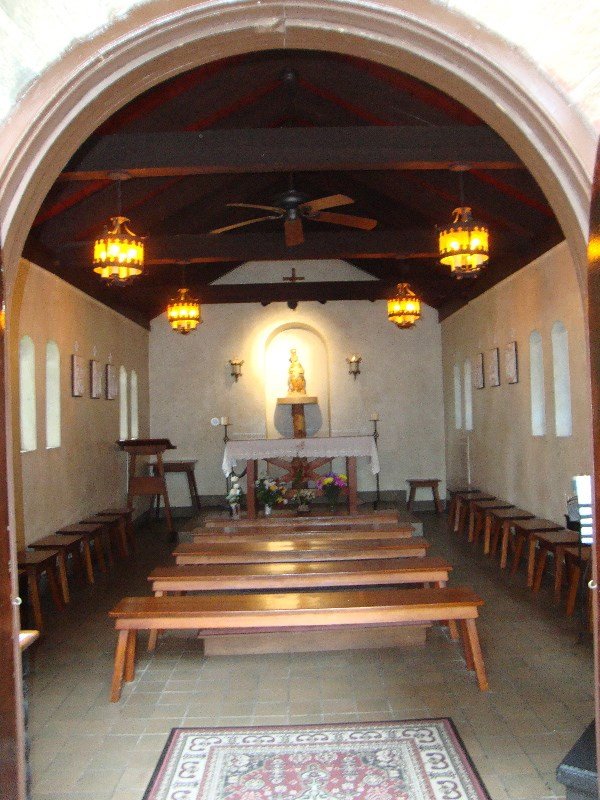 On Sept. 8, 1565, under the command of King Philip II, General Pedro Menendez de Aviles came from Spain in hopes of establishing a colony, securing the land for Spain.

Father Francisco López de Mendoza Grajales celebrated the first Mass at a rustic altar made of wood. In the early 1600s, the Spanish settlers of St. Augustine established the first Shrine to the Blessed Virgin Mary in the United States. It was on this ground that the Spanish settlers would begin devotion to Our Lady of La Leche, Nuestra Señora de La Leche y Buen Parto, Mary nursing the infant Jesus. The devotion to our Lady of la Leche honors the divine motherhood of Mary. The Spanish designation is Nuestra Senora de la Leche y Buen Parto (Our Lady of the Milk and Happy Delivery). This devotion to Mary as a patroness of mothers and mothers-to-be was brought to Nombre de Dios from Spain in 1603.
The original chapel was destroyed by gunfire during the colonial days and later, by a hurricane. The present chapel now houses a replica of the original statue that was destroyed during the Spanish Civil War of March 13, 1936. It was also the scene of the Martyrdom of Father Rodriguez and a Franciscan Brother during the Indian Revolt of 1597, then dismantled and abandoned during the border raids from Georgia. The present building is the fourth building on the foundation. It was rebuilt by Bishop Verot in 1873 and blown down by a storm a year later, then re-erected by Bishop Curley in 1918.

Nearby is the Great Cross. Standing at 208 feet tall, it was erected in 1965 to commemorate the 400th anniversary of the first parish mass.