Soon to be a museum, this historic train station was built by the Missouri and North Arkansas Railroad around 1912. The depot is significant in that it is the only wood-frame station built by the railroad still standing in the state, and the only one still it on its original spot in the county. The depot has been undergoing restoration, which appears to be almost complete as of November 2018.

The St. Joe Depot was built in 1912. It is the only depot in the county on its original location. 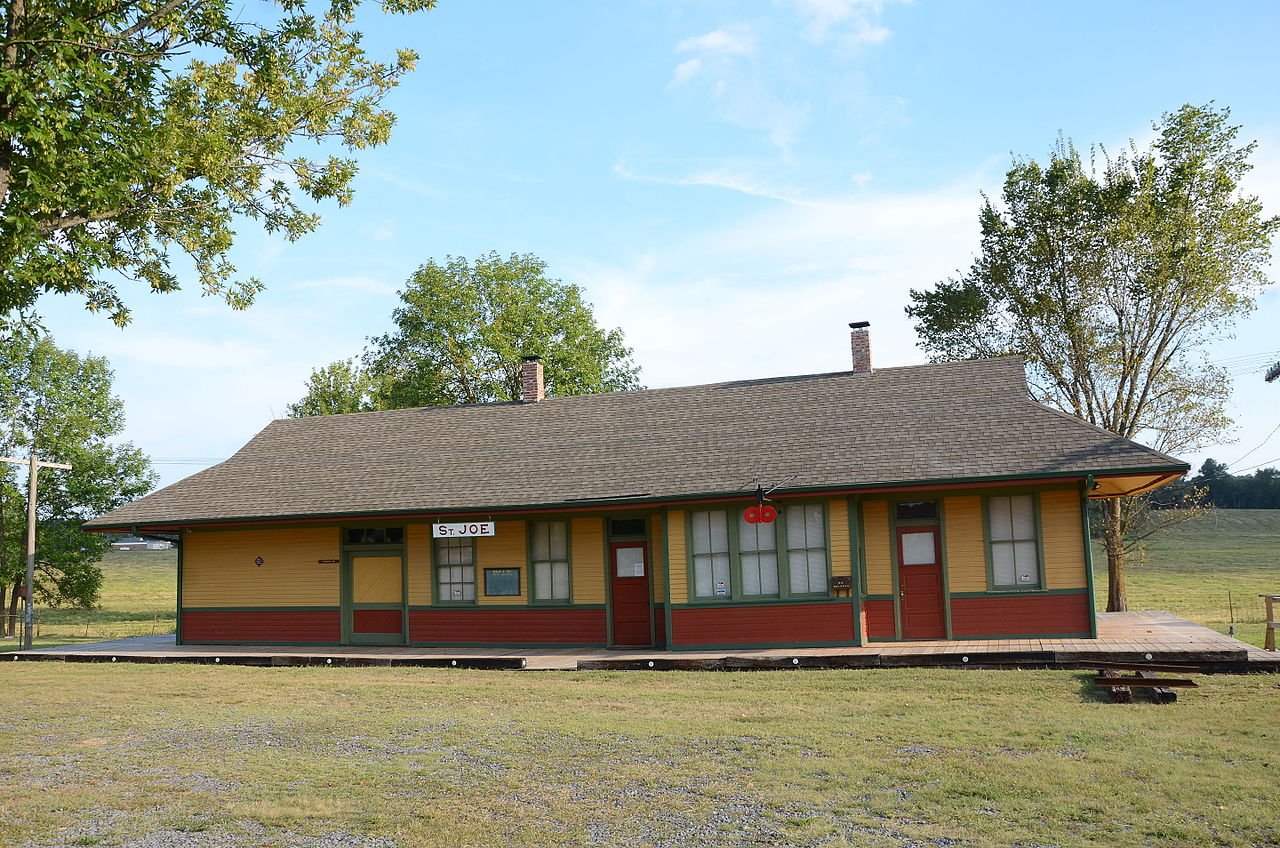 Outside of the museum is a historical marker describing a nearby skirmish (on high ground along Tomahawk Creek, which is east of the St. Joe) that took place during the Civil War on January 22, 1864. The skirmish was part of a larger engagement between Union and Confederate cavalry surrounding the town of Burrowsville, which is now called Marshall and located just a few miles to the southwest. The skirmishing resulted in a Union victory.