This historic Georgian mansion was built for the family of ironmaster and future Declaration of Independence signer George Taylor in 1768. The house was later owned by two other prominent Revolutionary-era politicians/businessmen before being acquired by a silk company in the late 19th century. The mansion was acquired by the Lehigh County Historical Society in 1945. The home was later restored and sold to the Borough of Catasauqua in 2009. The mansion has been restored to its 17th-century appearance and is open to the public for tours of the property and its many colonial-era exhibits. The home also hosts various annual community events and was designated a National Historic Landmark in 1971.

The George Taylor House has sat at this location since 1768. The kitchen on the right was added around 1800. 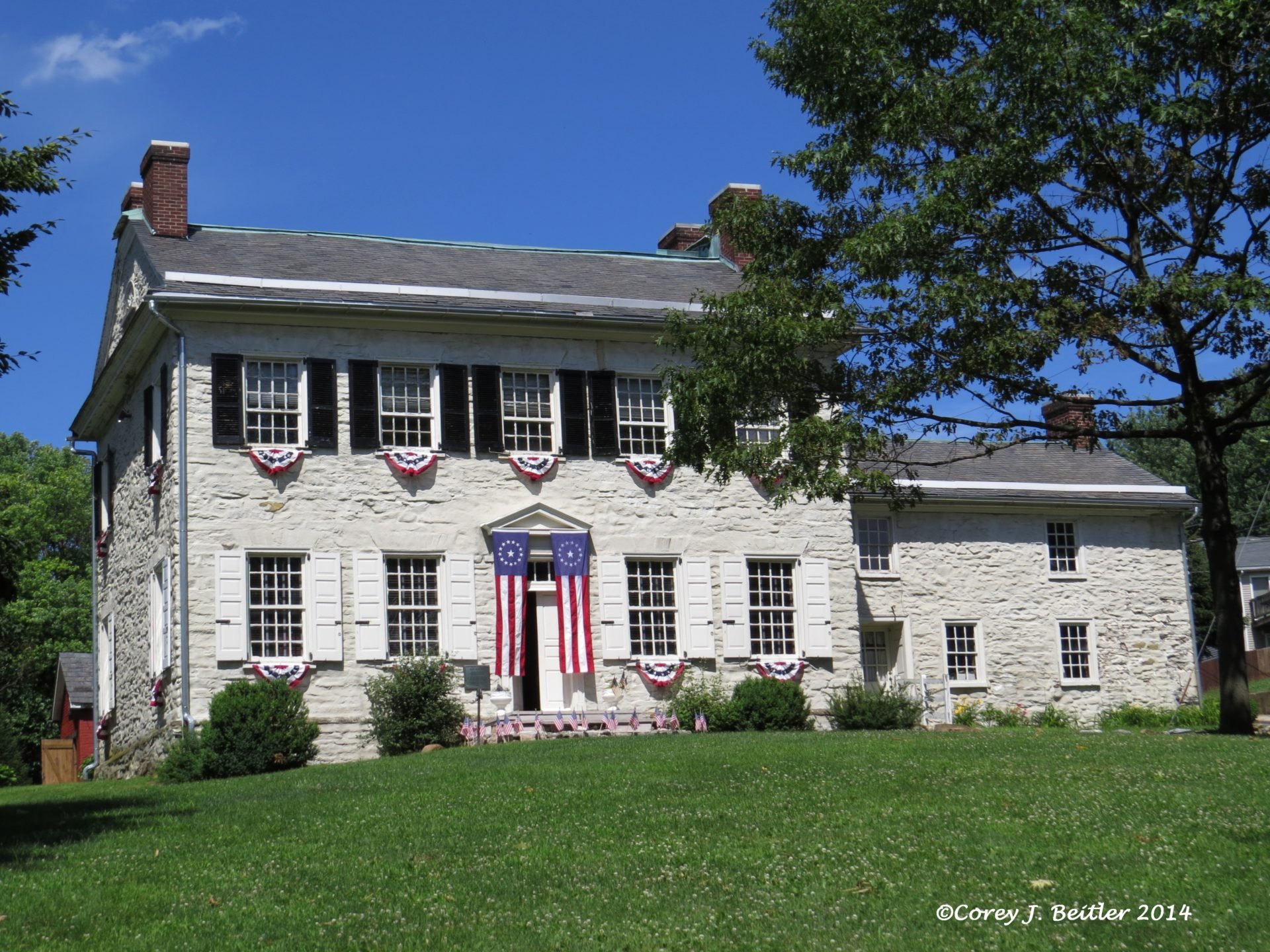 A period actor reads the Declaration of Independence on the front lawn of the George Taylor House. 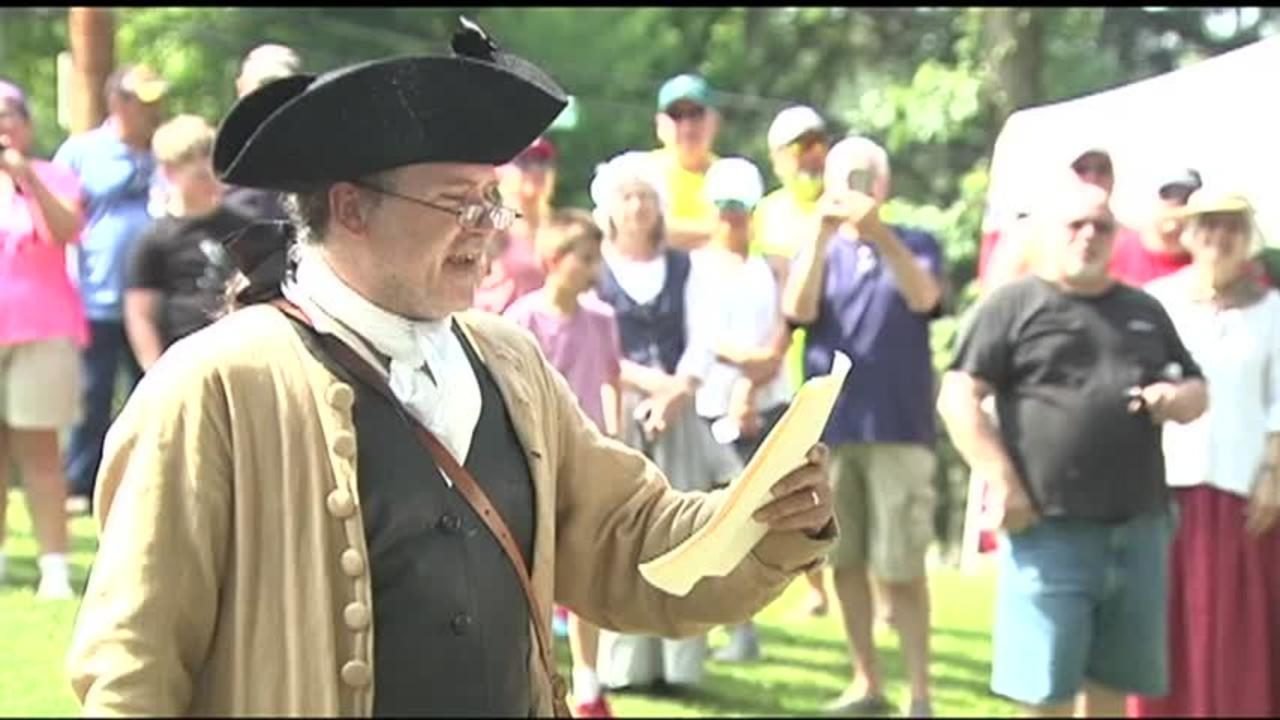 One of the first floor rooms with small fireplace. 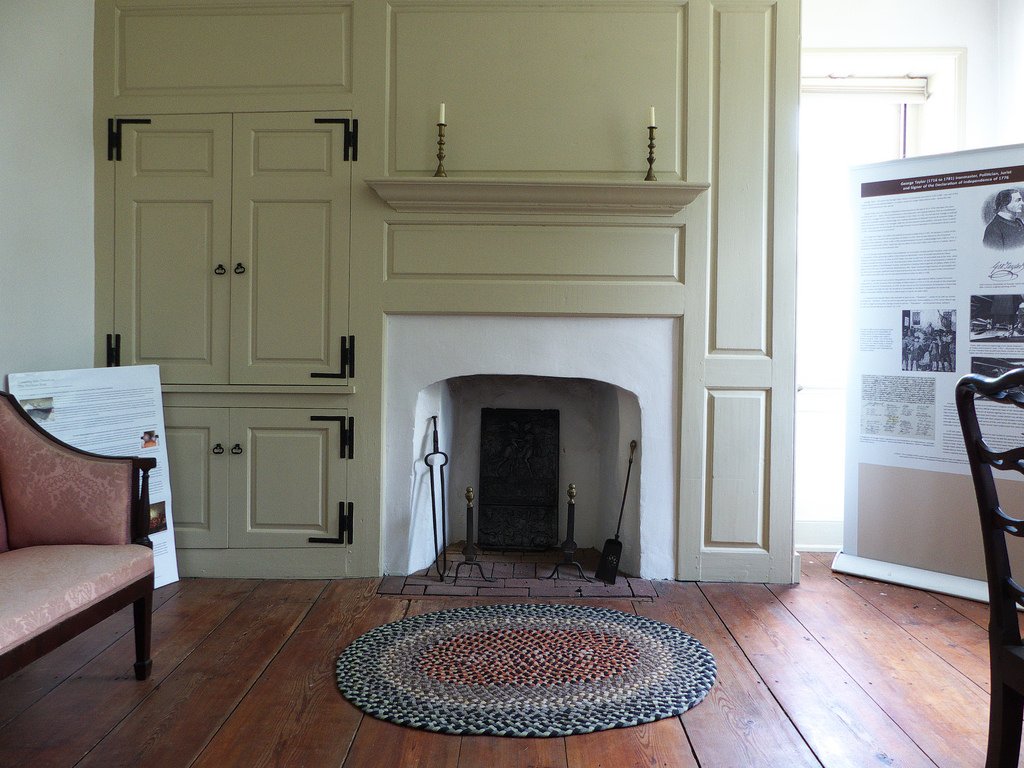 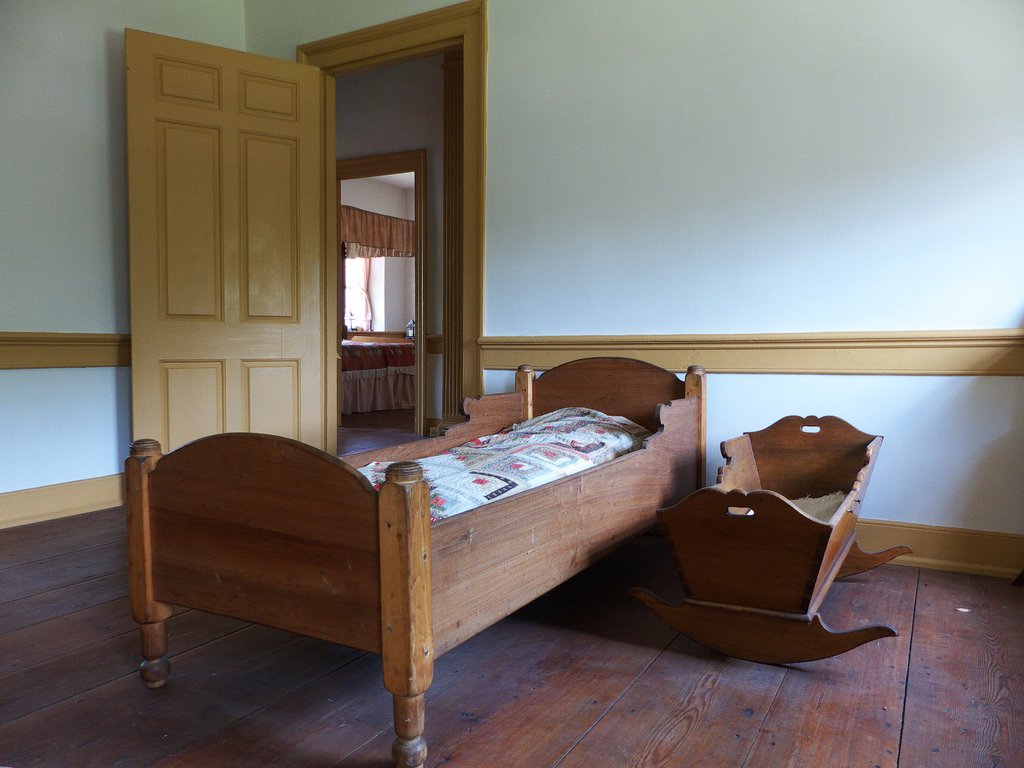 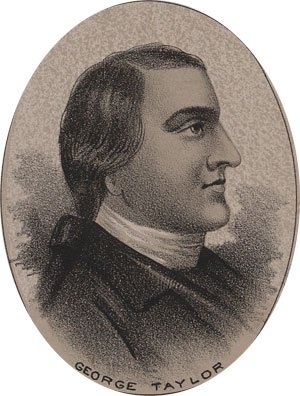 George Taylor arrived in the American colonies an indentured servant from Ireland (he was of English descent) sometime around 1736.  He was indentured to Samuel Savage and worked at Savage’s Warwick Iron Furnace in Chester County, first as a laborer then as a bookkeeper.  In this way, Taylor came to learn almost every aspect of the iron making industry.  Soon after Samuel Savage died, Taylor married his widow, Ann, and ran the business from 1742-1752 until Savage’s son came of age.  Taylor then moved to Easton and assisted in establishing Northampton’s judicial system.

In 1767 the Taylor’s bought 330 acres along the Lehigh River from Thomas Armstrong.  Taylor modeled the Georgian home he would build on that land after the mansions along the Schuylkill River in Philadelphia.  The rectangular house is five-bays wide and two-bays deep with paired brick chimneys at each end and its gable roof features a flattened ridge.  Its two-foot thick exterior walls are comprised of stone masonry rubble finished with a slaked-lime stucco which gives the house its white appearance.  Inside, the first floor’s four main rooms are divided by a central hall with the living room and parlor on the left and the dining room and reception room opposite.  Four bedrooms and two small dressing rooms make up the second floor.  A stone kitchen was added c. 1800 and a 1.5-story brick summer kitchen was built c. 1850.

In 1775, Taylor’s Durham Furnace became the first in Pennsylvania to supply round shot to the Continental Army.  Taylor was later elected to the Second Continental Congress in July of 1776 to replace the Loyalist delegates who refused to ratify the Declaration of Independence.  He then facilitated military contracts to supply additional ammunition to the Continental Army.  His iron company continued to supply the army at a loss and he died in 1781, prior to the end of the Revolution.

In 1776, Taylor sold his mansion to Philadelphia merchant, John Benezet.  Benezet dabbled in politics and died at sea in the winter of 1781-82.  His widow then sold the home to Swiss immigrant, David Deshler.  Deshler had built the first house in Allentown (then known as Northampton Town) in 1762 and eventually operated a store/tavern and saw and grist mills.  He also served in Pennsylvania’s Provincial Assembly with George Taylor and in Pennsylvania’s Constitutional Convention.  He died in 1796.

The house then passed through numerous owners during the 1800s until it was acquired by a silk company which built a small mill on the land c.1890.  The house was neglected for decades until it was purchased by the Lehigh County Historical Society in 1945.  They raised funds and restored the house.  The George Taylor House and five acres of land were then sold to the Borough of Catasauqua in 2009.  This period museum is open Sundays from May through September and by appointment.  It also hosts annual events such as its Fest O’ Fall every October and a holiday tree lighting ceremony every December.

May-September, First Sunday of each month, 1:00-4:00; by appointment and for special events.