This unique house, now a museum, was once the home of Elise Quigley (1910-1984), her husband Albert, and their children. Dubbed the Ozark's "strangest home," the house was Elise's dream home and entirely her vision. It is two-stories tall and features large windows to let light in to shine on tropical plants and flowers. Another interesting fact about the home is that the exterior is covered by rocks—and arrowheads, fossils, and crystals—that Elise had collected over the years. Visitors will also be able to see the gardens surrounding the home, which feature many types of flowers. The home was listed on the National Register of Historic Places for its distinct, vernacular architecture in 2003.

Built in 1943, Quigley's Castle was the dream of Elise Quigley who wanted a large home to grow lots of plants and flowers inside. 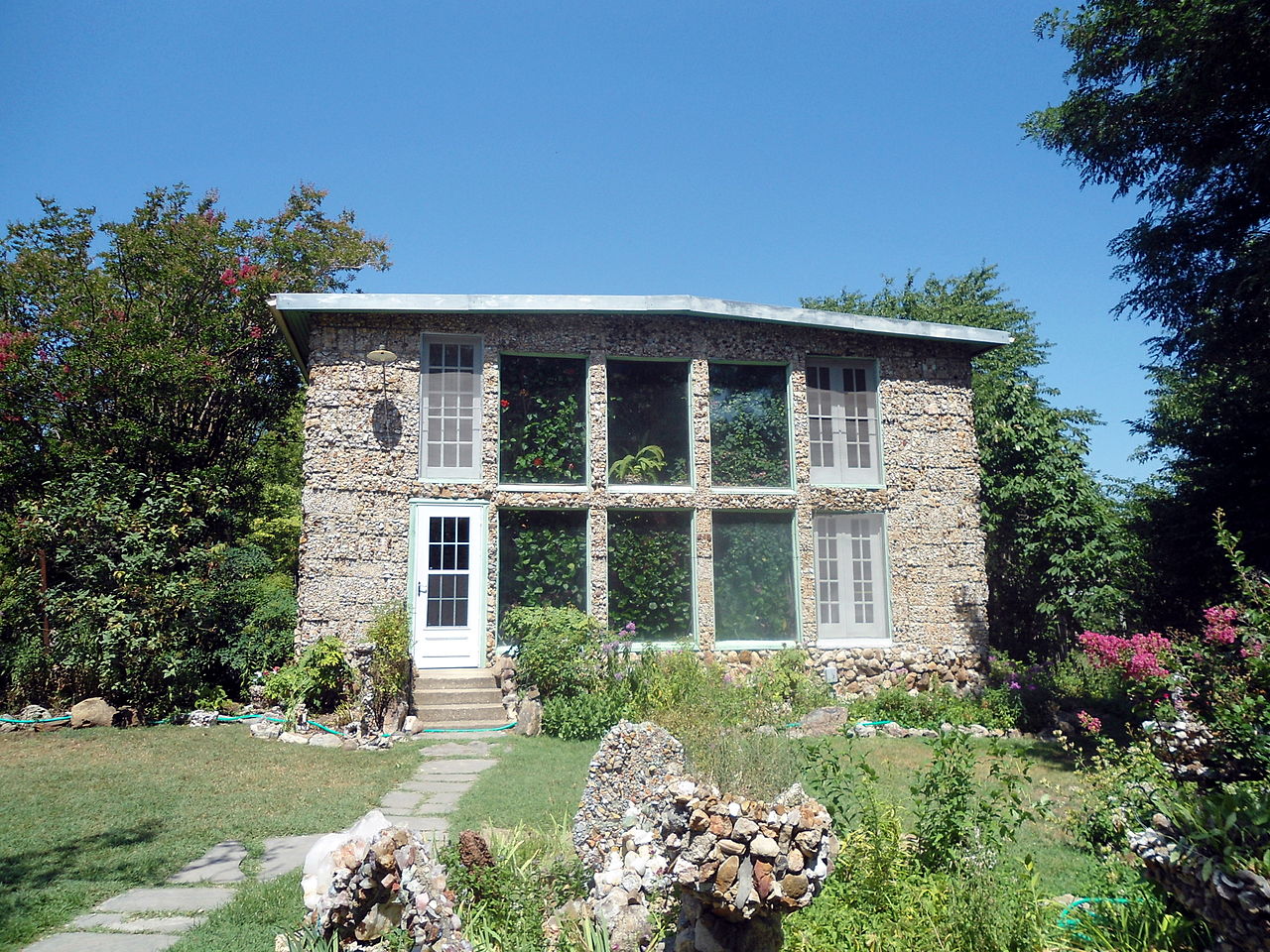 Elise was born in Italy and arrived in the Ozarks when she was nine. She started her rock collection when she walked to school. She married Albert in 1928 and they moved into a lumber shack he had recently built on land recently owned by his father, who deeded him the property. Albert's father ran a lumber business and harvested the timber here; Albert planned to continue running the business (and a farm). Luckily for Elise, Albert transported her large rock collection to the property. He also promised to build a proper house.

After many years, a large family, and no house, Elise decided she had enough. One day in 1943, when Albert was at work at the mill, she ordered her children to tear down the shack, forcing everyone to live in the chicken house. Needless to say, when Albert returned from work, he was not happy. But Elise had made up her mind and even had built a model of the home using cardboard and matchsticks. Using lumber from the property, the Quigley's and a neighbor built the house in just six months (they had to wait for the windows because glass was unavailable during WWII). An interesting element inside the house is that there is four feet of space between the floor and walls where plants grow; they reach the ceiling and are now over 65 years old. Albert passed away in 1972 and Elise in 1984.

Visitors began to stop at the house not long after it was built. Eventually, Albert and Elise began charging an entrance fee in 1950. The Quigley family still lives in the home.