Dr. William Rainey Holt, born on the plantation, owned the first registered cattle in the state. When he bought and registered a Shorthorn Bull and was considered a leader in agriculture. 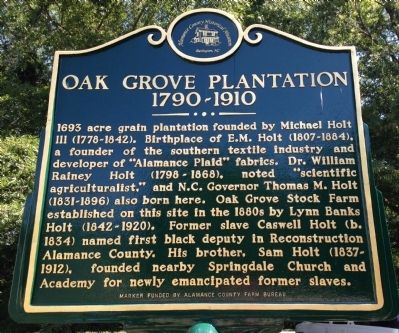 The plantation grew primarily rice on 1,693 acres of land. 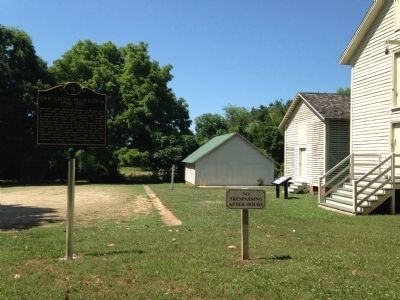 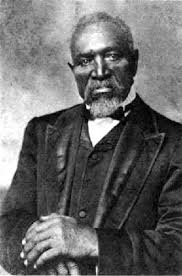 Drawing of the Plantation Home that has stood since 1790 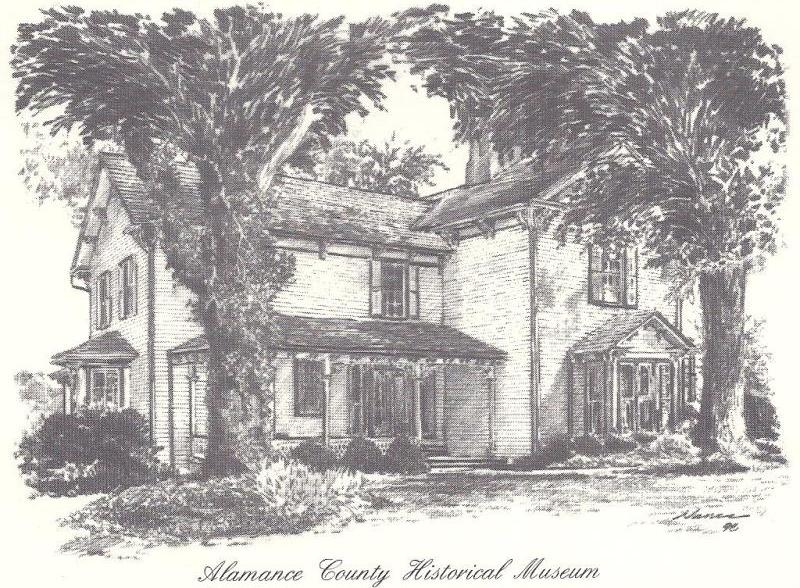 A collection of the famous Almanance Plaids. 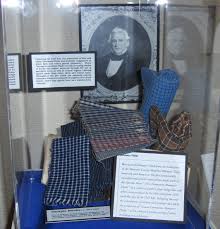 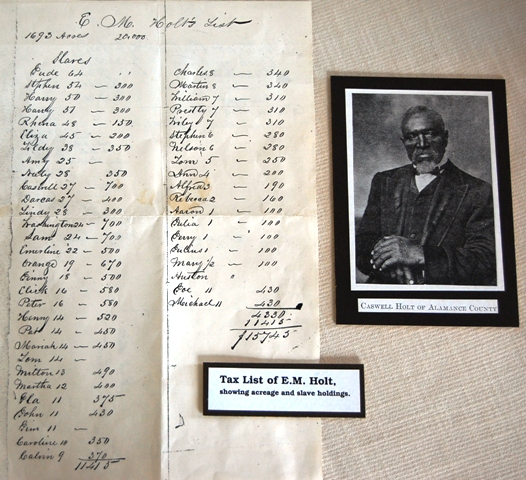 The most well know Holt, and the second generation owner of the plantation was E.M. Holt. E.M Holt was the founder of the Alamanance Cotton Factory. Considered a founder of the Southern textile history, E.M's factory produced the first manufactured colored cotton in the south, known as Almanance Plaids. His son, Thomas Holt would become North Carolina's Governor.

One of the slaves, once freed would become Almanac county's first Black sheriffs deputy. Caswell Holt was also a sharecropper under Colonel Jerry Holt. In the election of 1868, Colonel Holt ordered Caswell to vote Democratic and when it was discovered he voted republican, he was attacked by the Klu Klux Klan. He was kidnapped, taken into the woods behind his home and beaten. Other stories say that he was punished for stealing chickens or exposing himself to a white woman. Caswell denied both and there was never any evidence of either. It is unclear the true reason behind the attack. Later in life Caswell was attacked again, this time for publicly stating that he was afraid of the KKK. During this attack his wife and children were also threatened. Caswell was shot and would have five bullets removed.

Today, the plantation house is a county museum and many of the buildings on the property have been restored for viewing. You can stand at the plantation and imagine what it was like to be one of the slaves or the plantation operating in its agricultural heyday.