The Boston University Bridge is best known for connecting Boston and Cambridge over the Charles River. The 81-year-old bridge is also known for its views of the “downtown skyline, the pulsating Citgo sign, Beacon Hill capped with the gleaming golden dome of the Statehouse, Esplanade greenery, [and] sailboats” (Daniloff). The bridge’s green arch and the graffiti-filled CSX Railroad Bridge are part of its dominant features. Back in the 1850’s it was a drawbridge called the Brookline Bridge. It was then renovated in the 1920’s and renamed the Cottage Farm Bridge. In the 1940’s, it was renamed again as the Boston University Bridge. Now, in 2018, it is undergoing final construction. This site is a long-standing part of the Charles River community. 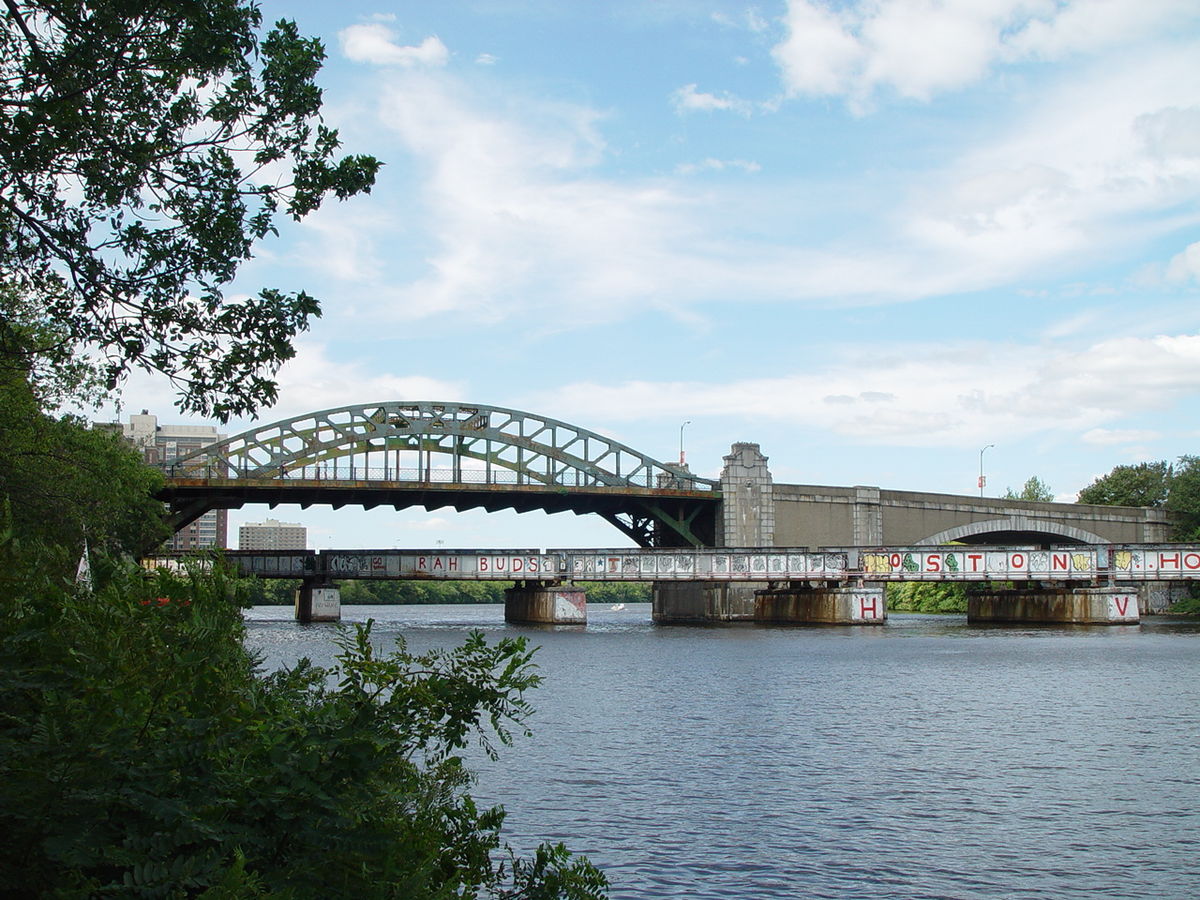 Close up picture of the two structures 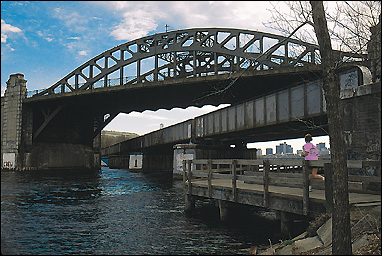 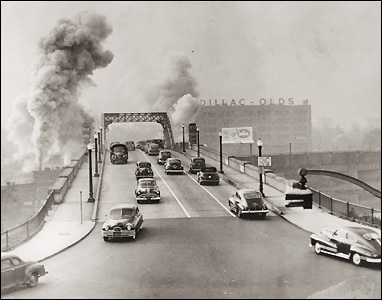 A 1928 picture of the Cottage Farm Bridge 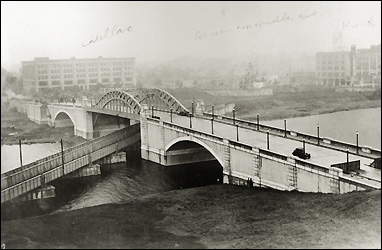 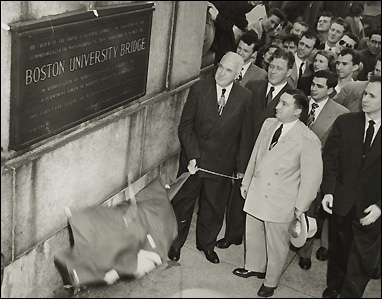 The Boston University Bridge is a long-standing part of the Boston and Cambridge area. During the 1920s, the earlier Cottage Farm Bridge was described by an unknown author in the Harvard Crimson as “an eye sore to travelers between Boston and Cambridge.”4 After its renovation in the 1940’s the bridge marked the “western boundary of the growing Charles River Campus.”1 Its renaming was the result of a group of Boston University students who proposed to rename the bridge - Boston University Bridge. They marched to the State House, presented their proposals, and allied with State Senator (and later Senate President) John E. Powers, who urged the legislation to rename the site. In May 1949 the bridge was renamed and celebrated with a “commemorative plaque that cited BU's ‘service to state & nation’" unveiled by Powers and BU President, Daniel Marsh. and Powers.1 It was followed by a parade of ROTC4 members and “pretty Boston University coeds.”2 Unfortunately, the plaque was stolen long ago and only the bolt holes remain. It has since then developed majorly and holds special significance in the Boston University culture.

The Charles River is now best known for its recreational use, yet in the past it served as an industrial site; coal barges were used to deliver fuel to the Blackstone Power Station. This original function influenced the bridge's architectural build. The bridge was build at its height to avoid potential flooding.

The CSX Grand Junction Railroad located atop is a freight train, and since its first construction it dropped from two working tracks to one. Yet now it serves more as an “urban canvas.”2 (Daniloff). The large steel squares are covered with graffiti, mostly representing school logos such as BU, MIT, Tufts, and BC; some of these tags date back to 1997. The bridge is federal property, making it illegal to deface it. Yet, despite multiple efforts to remove the graffiti, the art continuously returns adding to the overall character of the bridge.

In recent years, the Bridge has undergone major reconstruction. The decks and sidewalks needed repair, as well replacement of the rusted parts. During its closure, it altered the route of over 30,000 drivers per day.

As of 2018, the Bridge is fully functioning and operating regularly.