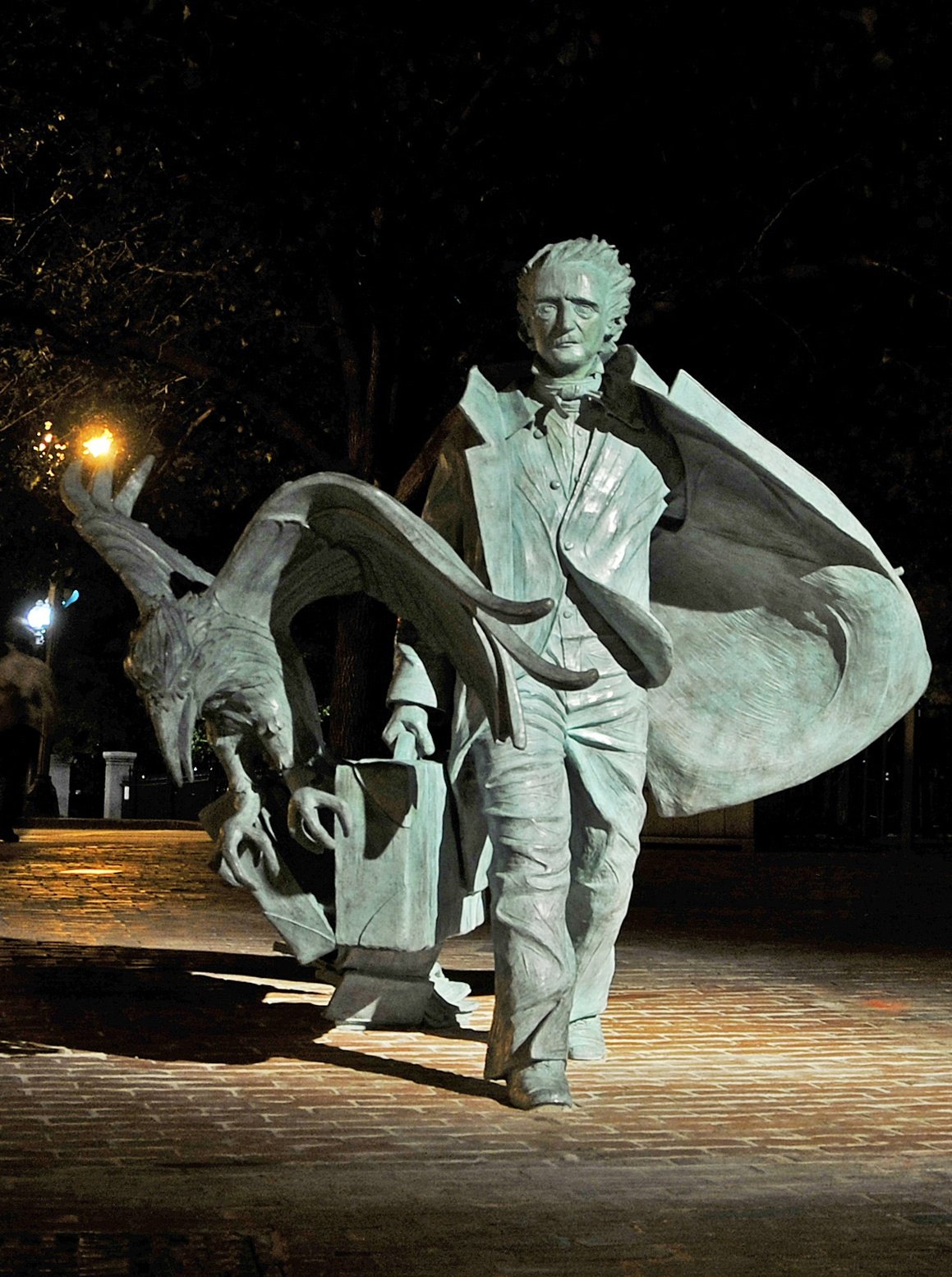 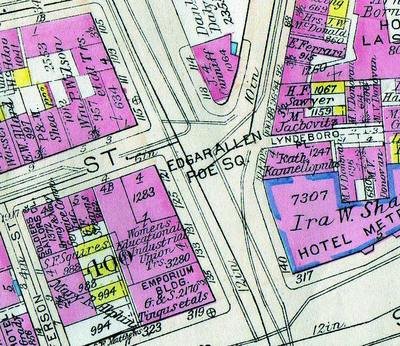 April 27, 2009, the city of Boston dubbed the busy junction of Boylston street and Charles street Edgar Allan Poe Square. The junction remains near Poe's birthplace. The original location of his birth has been long since built over, the New England School of law now takes its place. In the same square, and built long before the square was even named as such, a plaque dedicated to his birthplace is built into what is now a popular burrito chain. As well as the plaque, down the block at 15 Fayette street, a small bronze relief of Poe, designed by an unknown artist, is affixed on a red-brick building, dubbed the “Poe Condominium" by a few local residents.

Looking for other similar Poe memorials around the Common is easy due to a large portion of Poe's life taking place around the park. Walking up towards the Old State House you can come across the area where Poe published his first book, "The Tell-tale Heart," one of Poe's best known stories and a classic addition to the Gothic fiction genre. The book was first printed in The Pioneer, a Bostonian periodical made by James Russell Lowell.

Edgar Allan Poe was born on January 19th, 1809 in Boston, a city that he would later come to loath with passion, partly because of his tragic childhood. Poe’s father ran off from the family in 1810 and his mother died the year after, leaving him orphaned and abandoned. He was later taken in by John and Frances Allen, where he got the second surname, despite never being formally adopted by them. Poe attended the University of Virginia but eventually dropped out after running out of money. Following this, Poe decided to join the military where he began his writing career with a collection of poetry. Poe failed as an officer cadet at West Point which pushed him to declare himself a writer and poet.

Poe worked for various literary journals and periodicals in cities such as Baltimore, Philadelphia and New York City. This is where Poe became a more common name and developed his well-known style of literary criticism. In 1836 he married his 13-year-old cousin, Virginia Clemm. In January, 1847, she eventually passed because of tuberculous at the age of 24. Poe was extremely affected by his wife’s death and turned to alcohol. The effect of her death and illness was also seen in his writing as dying young women started to appear as a motif. Literary pieces such as “Annabel Lee”, “Ligeia”, and his most popular piece, “The Raven.”