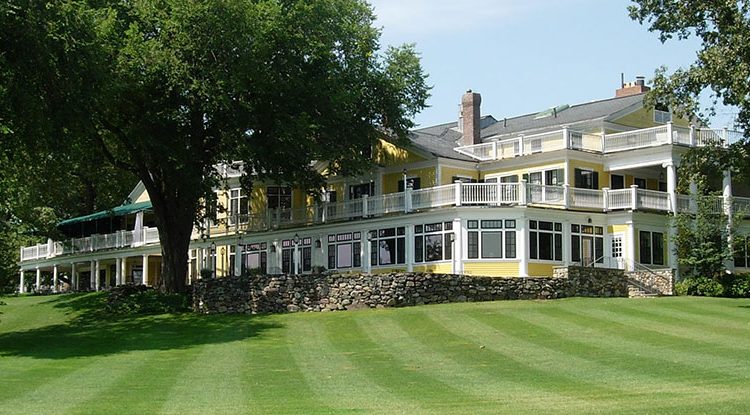 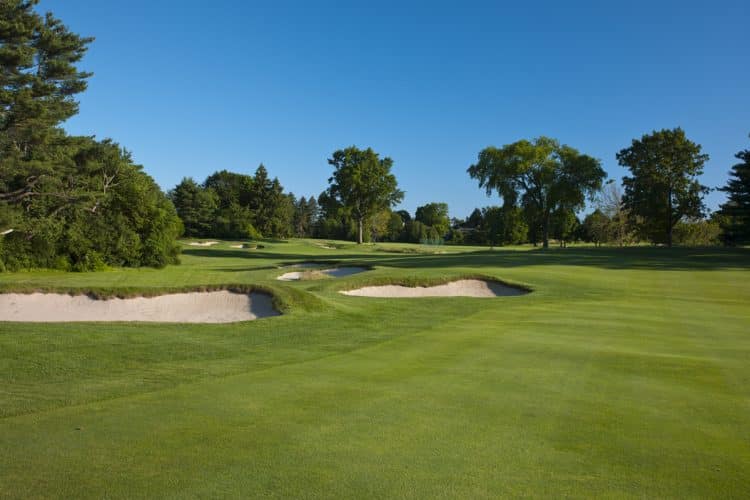 At the beginning of 1882, a group of well-off men from Boston opened up The Country Club of Brookline. Founded by J. Murray Forbes and a few of his friends, the group purchased a piece of land in Brookline to open The Country Club. The first developments on the land were a renovation of the farmhouse into a clubhouse, a horse racing track, tennis courts, bowling alley, and polo fields. This was the very first establishment of its kind, as it was the first exclusive membership-based club to allow women and children to partake in its activities.

The golf course at The Country Club was first built in March 1893.  It initially only featured six holes as there was a dispute about what the grounds of the club should be used for. The first six holes even overlapped with parts of the horse racing track. A year later, with the help of the first club pro, Willie Campbel, the course expanded to nine holes. By 1899, The Country Club had acquired more land and the course grew to a full 18 holes. Over the next decade, the course grew even larger after the introduction of the Haskel golf ball, which allowed players to hit further. Today, the course consists of 27 holes. The Main Course is the collection of the original 18 holes that were built at the club, and the Primrose Course is a nine-hole executive course which was built in 1927.

The Country Club etched itself in sporting history when it, alongside four other clubs, formed together to create the United States Golf Association in 1894. The USGA was formed in order to host a competition that could crown an undisputed amateur champion of the United States. The Country Club hosted its first USGA event in 1902 when it crowned Genevive Hecker as the U.S. Women’s Amateur. In 1913, The Country Club hosted its first U.S. Open. The 20-year-old amateur Francis Ouimit beat seasoned veterans Harry Vardon and Ted Ray in a playoff to be crowned U.S. Open Champion. Ouimet, a resident of Brookline, grew up across the street from The Country Club and had even worked there as a caddy before playing the game of golf. The news coverage of the tournament sent the golf world into orbit, as the number of golfers in the United States tripled in the next 10 years, and the creation of public courses gave people of all financial backgrounds the opportunity to play. The Country Club also hosted the U.S. Open in 1963 and 1988, marking the 50th and 75th anniversaries of Ouimit’s impressive historical win at the club.

The Country Club has also hosted a number of other USGA tournaments since their establishment in 1894. The club has hosted a total of 13 USGA tournaments, with the 1999 Ryder Cup being one its most notable. The United States beat Europe by one point after Justin Leonard sank a 45-foot putt on the 17th, which saw U.S. team members celebrate extensively causing Leonard’s opponent, José María Olazábal, to lose focus and miss his par putt. The Country Club is also respected as the best course in Massachusetts. The course currently holds the record for hosting the most Massachusetts Amateur Championship, after holding the event at the club 10 times.

Today, The Country Club remains one of the most exclusive Country Clubs in the world. The club currently consists of over 1,300 members, with two of them being Tom Brady and Guiselle Bundchen. Even after being the Patriots starlit quarterback for over a decade, Brady and Bundchen had to wait over two years to be granted with a membership because club members wanted to preserve the privacy of club members and they believe the couple would bring unwanted attention such as paparazzi. The Country Club is also in preparations for hosting the 2022 U.S. Open, marking the clubs fourth time hosting the event. The club and the city of Boston are expecting over one hundred thousand visitors. After The Country Club’s success in hosting the 2013 U.S. Amateur, Diana Murphy, USGA vice president, and Championship Committee chairman instills confidence in the city’s ability to host a tournament by saying, “All of New England is enthusiastic about their sports, especially golf. We know they will be very supportive of the U.S. Open in 2022.”1 New England boasts of being the world’s greatest sporting town, and the U.S. Open in 2022 will be another chapter in the regions excellence.