Construction of the Warner Pacific Theatre started in 1925 with the investment of 1.25 million dollars by the Warner Brothers, and first opened in 1928. The theater was intended to utilize vitaphone technology, playing recorded audio on a phonograph at the same time as the projector. This technology was developed by the Warner Brothers and used from 1926 to 1931. It was hoped to be finished by the time the film "Jazz Singer" premiered, as it used some scenes with sound. However, in 1927, when the film premiered, it was clear the theater would not be ready in time, so it premiered in another Warner Brothers theater.

The interior of the theater has approximately 2,700 seats. 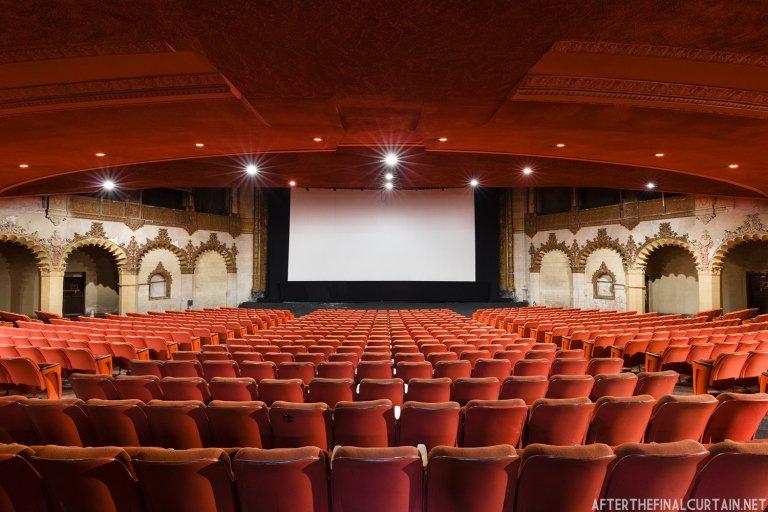 Plans are currently being considered on what to do with the Warner Pacific Theatre. 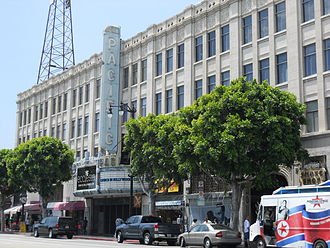 The Warner Pacific Theatre was first suggested by Sam Warner in 1925, when he and his brothers invested about $1.25M to construct a theater in Hollywood. This theater was designed to utilize the Warner Brothers' and Western Electric's Bell Laboratories' new Vitaphone technology, playing a soundtrack with the visual presentation of the movie. Sam Warner never got to see the completion of the theater as he died of a brain hemorrhage six months before it was opened on April 26, 1928. Today the theater is abandoned, but the owners are debating on what to do with it.

The theater itself was designed by G. Albert Lansburgh using an atmospheric style combined with Italianate beaux art style. Lansburgh was an architect from San Francisco originally born in Panama. After several years of education he moved on from UC Berkeley in 1906 to acquire a degree from the École des Beaux-Arts. Lansburgh went on to design around 50 theaters in the United States with offices in Los Angeles, San Francisco, and New York City.

Vitaphone technology was first introduced to the public in the film "Don Juan" in 1926 by the Warner Brothers. This new technology signified the beginning of the end of the silent film era, and began the era of soundtracks in movies. The Warner Pacific theater was built with the intention of using Vitaphone in its movies. It was hoped that the theater would be ready in time for the premiere of the movie "The Jazz Singer". However, in 1927 it was quite clear the theater had taken longer to complete than expected. Therefore the movie had its premiere in the Warner Brothers Theatre in New York City.

The Warner Brothers company was named for the four Warner brothers. As young children, three of the brothers came to Canada from Poland with their parents, only Jack Warner was born in Canada. Using a movie projector, the three oldest brothers began showing films in mining towns in Pennsylvania and Ohio. This began the brothers' fascination in the movie business. They decided to further their commitment in 1903 by opening the Cascade Theater in New Castle, Pennsylvania.