Completed in 1891, the Victorian-era mansion of real estate developer John Piece offers an exquisite example of Romanesque architecture. The Pierce family built this home for $80,000 but quickly had to sell it when The Panic of 1893 led to the destruction of their fortune. 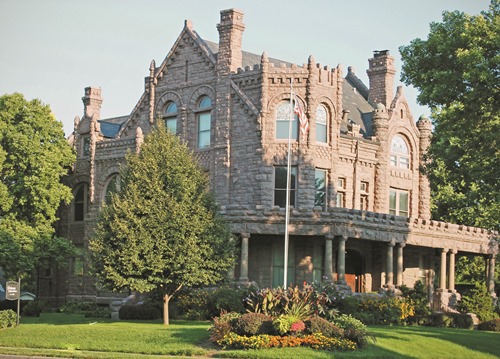 According to research conducted by conducted by local historians, Pierce attempted to recoup some of his losses by holding a nationwide raffle. The winner of the raffle was to receive the deed to the home. Pierce sold about 40,000 tickets at one dollar each and the raffle was held on Christmas Eve, 1900. An Iowa jeweler appeared to have one the raffle, but it was later claimed that New York millionaire William Barbour was the winner.

Peirce owed money to Mr. Barbour and the abstract for Peirce's mansion revealed that a warranty deed transferring title to William Barbour was drawn up on December 17, 1900, nineteen days before Barbour was known to hold the "winning ticket". As a result, the lottery had most likely been fixed.

Peirce Mansion is open to the public for quarterly open house events and is also available to rent.