The Museum of Work and Culture

Inside The Museum of Work and Culture, a story unfolds about the life of French-Canadian immigrants who left their farm lives in Quebec to begin a new working-class life in the New England area. Visitors can experience hands-on learning throughout the six walk-through displays that are offered to them in this museum, as well as enjoy visual and audio presentations. An authentic-style Quebecois farm house exhibit can be explored, as well as a room created to look like an old textile mill from the 19th century. Through an immense amount of sources, this museum provides information through various forms that can be used to help any type of audience come to understand and leave the museum more knowledgeable about the work and culture of Woonsocket, Rhode Island. There are many different types of exhibits inside of this historically rich museum, and they are always changing throughout the year, so one trip isn't ever enough!

The Museum of Work and Culture 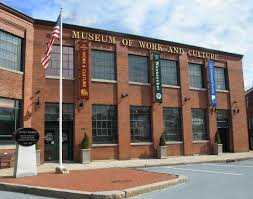 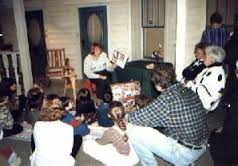 Like most older buildings in the U.S, The Museum of Work and Culture, located in Woonsocket, Rhode Island, was not at first a museum at all. It was owned by the Barnai Worsted Company, and later became the Lincoln Textile Company. It wasn't until 1996 that the old industrial building began to undergo renovations to become a museum as the textile company lost it's stand in the economy of the town. A year later in October of 1997, the museum opened it's doors to welcome the public to explore the everyday lives of French-Canadians trying to make it in industrial New England.
Along with exploring the work and lives of the Quebecois, the museum also offers history of the town that it is located in, including it's cultural and industrial developments, and art. Upon entering the museum, guests will find themselves in the middle of a whole new era. A tour guide will greet visitors and then take them on a 90 minute tour through several walk-through displays of early 20th century Woonsocket, and the lives and culture of the people who lived there. The tour doesn't just stop at the museum! During certain periods in the year, guests can also embark on a riverboat or walking tour in the surrounding area as well. These tours allow guests to come up-close and personal with the surrounding areas that were once heavily inhabited by the Quebecois people.
While the Museum of Work and Culture should definitely be explored because of it's rich collection of Woonsocket history, it should also be explored if one was looking to learn about early American work culture in general.  If there is a case where a guest visiting Woonsocket just wants initial information about the town itself, the museum would also be the place to go. The museum also acts a visitor center for the town, where guidebooks can be found and also where receptions or gatherings can be held and catered for by the experienced museum staff. The Museum of Work and Culture is a great place for anyone of all ages to visit if they are in Rhode Island and would definitely be an cultural experience unlike any other.