Built in 1997, the Vendome Fire Memorial honors nine firefighters who died in a large fire at the Hotel Vendome after parts of the building collapsed. Once a luxurious and popular venue, the hotel caught on fire in 1972 during construction. After several hours and many teams of firefighters, the fire was finally extinguished, but parts of the building suddenly collapsed and firefighters were buried under the debris. The memorial, made of granite and bronze, has the names of the nine firefighters engraved. It is located across the street from the original site of the hotel.

The Hotel Vendome in 1904 (via Detroit Publishing Co. and Library of Congress) 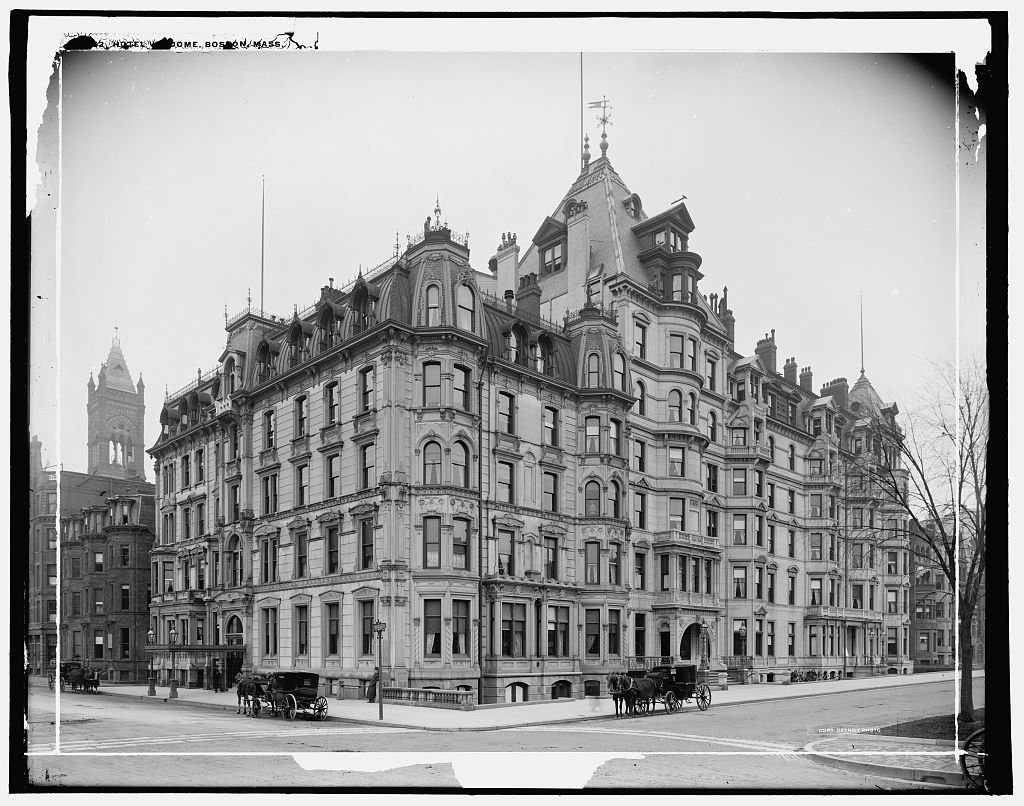 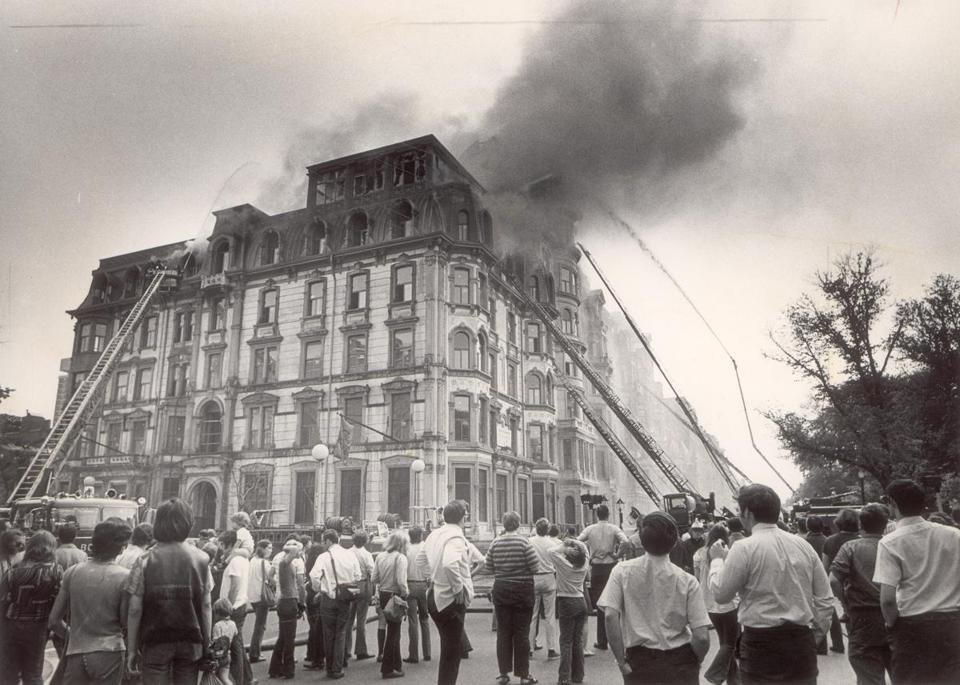 The Vendome Fire Memorial (via GenDisasters.com) 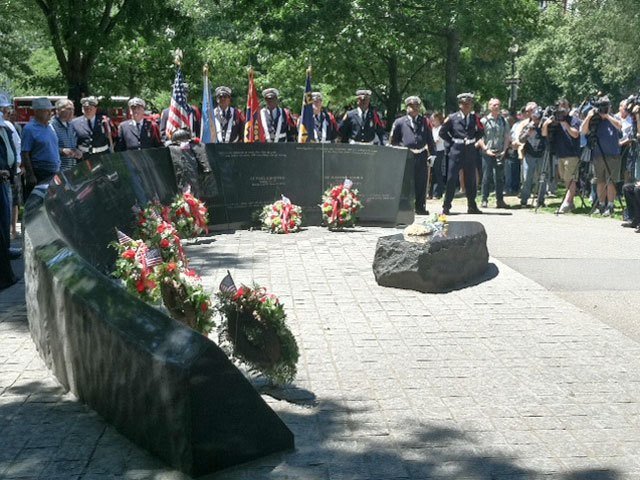 The Vendome Fire Memorial is located on the Commonwealth Avenue mall, at Commonwealth Avenue and Dartmouth Street. The memorial honors firefighters killed in a large fire at the Hotel Vendome; many of them left behind wives and children. The fire killed nine firefighters, making it the deadliest in Boston Fire Department history.

The Hotel Vendome was originally built in 1871 as one of the most elegant hotels in the city. In its early years, legislation passed to improve safety and construction practices, and renovations were done throughout the building. The hotel hosted many celebrities and influential guests throughout its time, including artists, businessmen, authors, and former presidents such as Presidents Ulysses S. Grant, Grover Cleveland, and Benjamin Harrison. Guests enjoyed the popular hotel for many years, but after several fires in the 1960s, the hotel was closed and repurchased, and the plan was to convert the building into luxury apartments, with a café and space for other businesses on the first floor. The café opened on June 17, 1972, the day before Father’s Day, and construction on the rest of the building continued.

Later that day, workers on the first floor noticed smoke coming from the upper floors. Those inside were evacuated and firefighters quickly responded. It required many firefighters, engines, and other resources to stop the fire, taking four alarms and about three hours before the flames were extinguished. They began extensively searching the building when, suddenly, parts of the building collapsed. Many firefighters were buried under the debris. Nine were killed and eight were injured. These deaths had a great impact on the city, and hundreds of firefighters and members of the public attended the funeral mass. The cause of the fire is unknown.

A memorial was unveiled on the 25th anniversary of the fire in 1997. Artist Ted Clausen and landscape architect Peter White, who worked together as Third Floor Studio, designed the memorial to honor those who were killed, dedicated “to the memory of their spirit, selflessness, and dedication to the Boston Fire Department and the people of Boston.”6 Their design won a competition funded by the Edward Ingersoll Browne Trust Fund, which heavily contributed to the funding of the memorial along with many other large and small donors.

The memorial features a low granite wall, with a bronze firefighter helmet and coat draped over it. The names of those who died are etched into the granite. It is located across the site of the fire, the original Hotel Vendome, which has since been turned into condominiums. Informal ceremonies take place on the fire’s anniversary every year to honor those who died. Firefighters representing the ladders and engines of the nine men come in uniform and families place white roses on the ground in front of the memorial. Relatives, friends, and members of the public continue to visit this memorial to honor the lives lost.