Berkey Creamery, located on Pennsylvania State University’s University Park Campus, has been a Penn State landmark for over 150 years. The first creamery opened its doors in 1865 in the “College Barns” which were located behind present-day Old Main, although it has changed locations a few times since its doors originally opened. In 1892, the university began offering short courses on ice cream making which Ben and Jerry took before creating their ice cream brand. Because of its popularity, the creamery is open year-round, only closing during the university’s winter break. The creamery hand-dips around 750,000 cones a year and makes an average of 700 milkshakes a day. Its most popular flavors are in the Hall of Fame of Flavors: Cherry Quist, Peachy Paterno, Keeny Beany, WPSU Coffee Break, and Russ Digs Roseberry.

The Creamery is in the bottom of the Rodney A. Erickson Food Science Building on Penn State's University Park Campus. This photo was taken by Abby Drey with the Centre Daily Times. 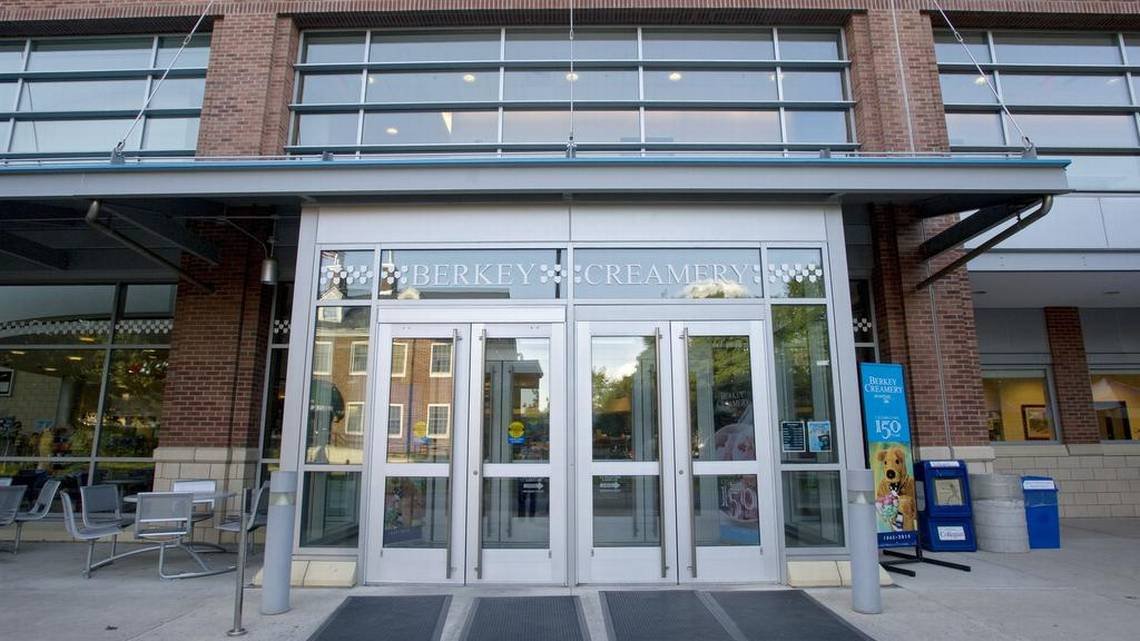 Everyone gets ice cream at the creamery throughout the year, even the Nittany Lion. This photo was taken by Michelle Bixby with the Penn State news. 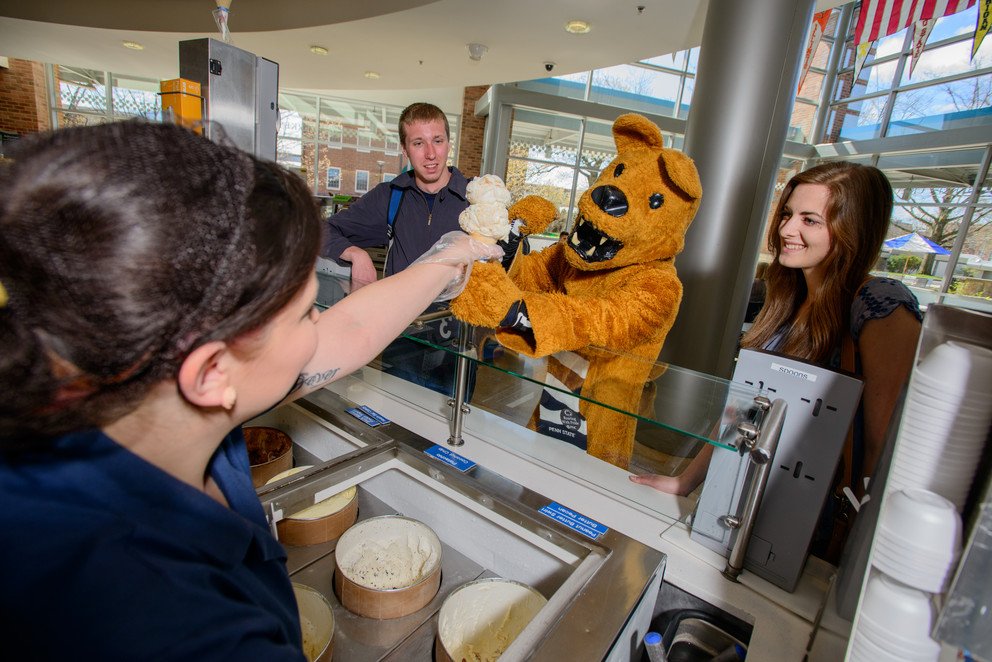 This photo, courtesy of Penn State University Archives, is of students making ice cream during one of the short courses the university offered beginning in 1889. 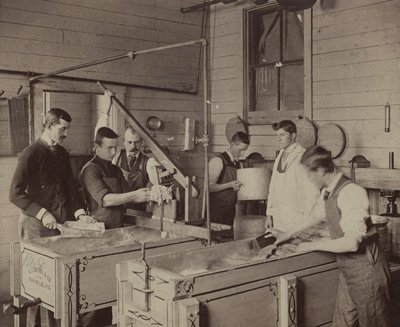 This photo, from Onward State, is of the original creamery building when it was called the State College Creamery. The creamery has changed buildings numerous times throughout the years. 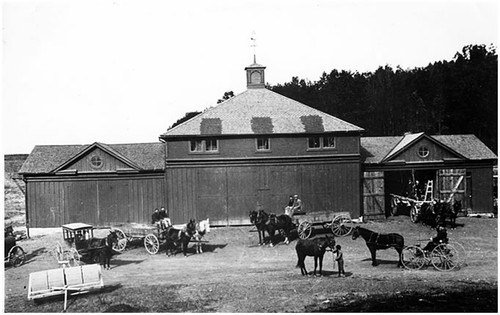 The original Berkey Creamery, known as the State College Creamery, was opened in 1965 in the “College Barns,” but the creamery has changed locations numerous times over the years. Henry Armsby’s efforts to better and expand Penn State’s dairy research led to the opening of a stand-alone building in 1889. In 1904, the creamery moved to the Patterson building where research and production increased heavily. Less than thirty years later, in 1931, plans for a new building were already underway; Andrew Borland planted a time capsule in the building to be opened later. The Rodney Erickson Food Science building became home to the creamery in 2006 after a three million dollar donation from Earl and Jeanne Berkey, whom it is named after, to construct the new building. Here the business has increased its sales once again and continues to grow. Borland's time capsule was opened in celebration. Berkey Creamery now has an outdoor seating area, salesroom, and a café.

Jeanne and Earl are both graduates of the university, and they met through the dairy business. While at Penn State, Jeanne earned a degree in Dairy Science in 1948, and Earl took the short course. Earl's family owns the dairy manufacturing plant that Jeanne was interning at and where the couple met. They ran the plant until 1968 as the Berkey Milk Co., and they continued in ice cream sales until 1977. The couple credits the dairy business to their success and love story, so they wanted to give back.

The university began offering short courses, four to eight week courses that included how to make ice cream, in January of 1892. The short courses were in such high demand, diary production couldn't keep up; the creamery used to buy milk from over 300 farmers all across the state, but due to the growth of the university, it now uses the milk of the university’s own 200 cattle. The courses continued to grow in popularity which led to the university adding Dairy Manufacturing as its own major in 1904. The university still offers the short course for ice cream making where they take you from "cow to cone" although it has been reduced to seven days. The course still takes place in January as it is the slowest time for ice cream sales. Dairy Manufacturing is also still offered as a major under the College of Agricultural Science.

Berkey Creamery has expanded its menu since it opened its doors in 1965. The creamery started out selling small amounts of milk and butter. Ice cream joined the menu in 1896, but the number of flavors has overwhelmingly grown since then; the creamery now has over 100 flavors, so they have to rotate which ones are hand-dipped in the store. From 1901-1906, demand increased as improved refrigeration became more available, and the creamery began selling pasteurized milk. Berkey Creamery now sells coffee grounds, mugs, honey, ice cream scoops, PSU dipping sauce, cheese slicers, yogurt, butter, and more. Most recently, the creamery released “Brew and White” iced coffees, just in time for the 2018 Blue and White game.

Berkey Creamery is as much of a major part of the university as Beaver Stadium, the Nittany Lion Shrine, and the Bryce Jordan Center. It opened only 10 years after Pennsylvania State University, originally known as the Farmers High School of Pennsylvania and has grown along with the school throughout the decades. It is directly involved in research and education and has even recently begun offering an internship.