Established by the city of New York as A Philip Randolph Square in 1964, this small urban park commemorates the life of one of the 20th century's most influential labor and civil rights leaders. Randolph led the largest African American labor union and planned a protest against racial segregation that led to the first federal action outlawing racial segregation since the era of Reconstruction. He also worked alongside Martin Luther King Jr. to plan the 1963 March on Washington. As the leaders of the all-black Brotherhood of Sleeping Car Porters, Randolph secured better working conditions. Today, he is most famous for pushing President Roosevelt to issue Executive Order 8802 which barred racial discrimination by companies that contracted with the government. Randolph Square was previously known as Dewey Square from 1922 to 1964 in honor of Spanish American war naval commander George B. Dewey.

Randolph was a graduate of Cookman Institute in Jacksonville. This school was established in 1872 and was the first institute of higher education for African Americans in Florida. 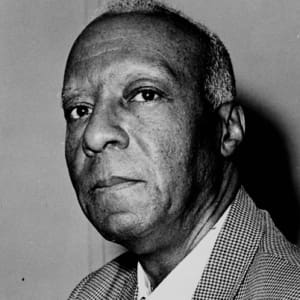 The park was previously named in honor of a naval leader in the Spanish American War. 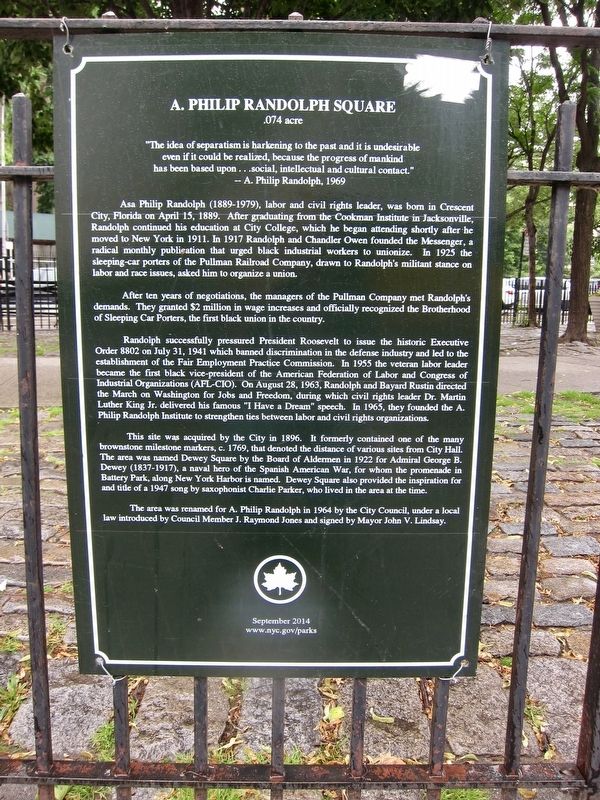 Learn more about A. Philip Randolph with this book by Cornelius Bynum 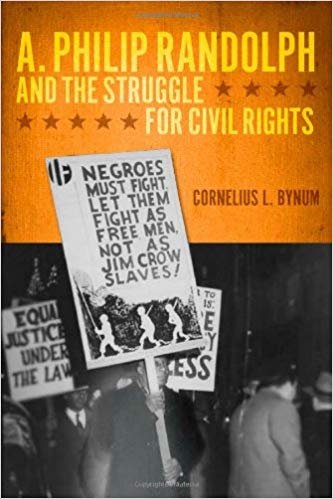 Later, in 1955 to be specific, Randolph became the vice president of AFL-CIO (American Federation of Labor and Congress of Industrial Organizations). After continuing his protests, he formed the Negro American Labor Council in 1959 alongside George Meany. After organizing the landmark protest that inspired President Roosevelt to issue Executive Order 8802, he also placed the Youth Marches for Integrated Schools. His pathbreaking work inspired the planning of the 1963 March on Washington that concluded with Martin Luther King Jr.'s most iconic speech.