The Lynching of Anthony Crawford

This marker was placed in memory of Anthony Crawford, born in 1865. Crawford lived just outside of Abbeville, South Carolina on the Little River. He inherited his father’s cotton farm upon his death and grew and expanded it throughout his adult life. He was a proud man, which did not always work in his favor, causing problems with people in town despite his renown and position due to his wealth. He was arrested following an altercation and lynched by an angry mob on October 21, 1916, and his family was forced to flee town.

This photo of Anthony Crawford was taken in 1910, just six years before he was lynched after a public argument with a white man. 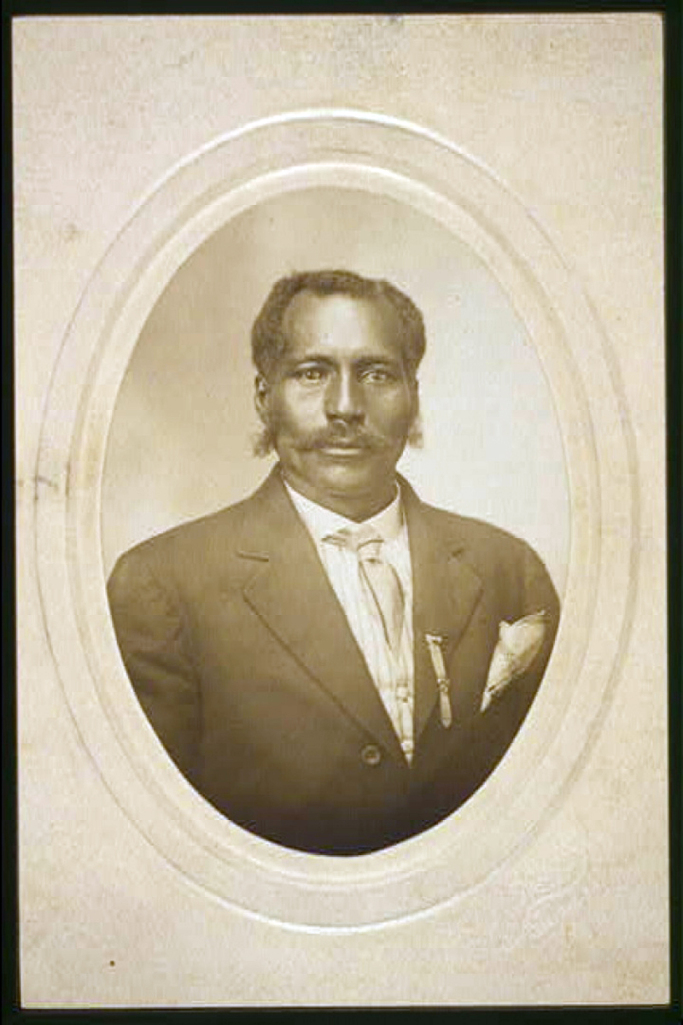 This jar of dirt was removed from the site of the lynching of Anthony Crawford and stored along with samples from other sites to create a solemn memorial to victims of racial violence. 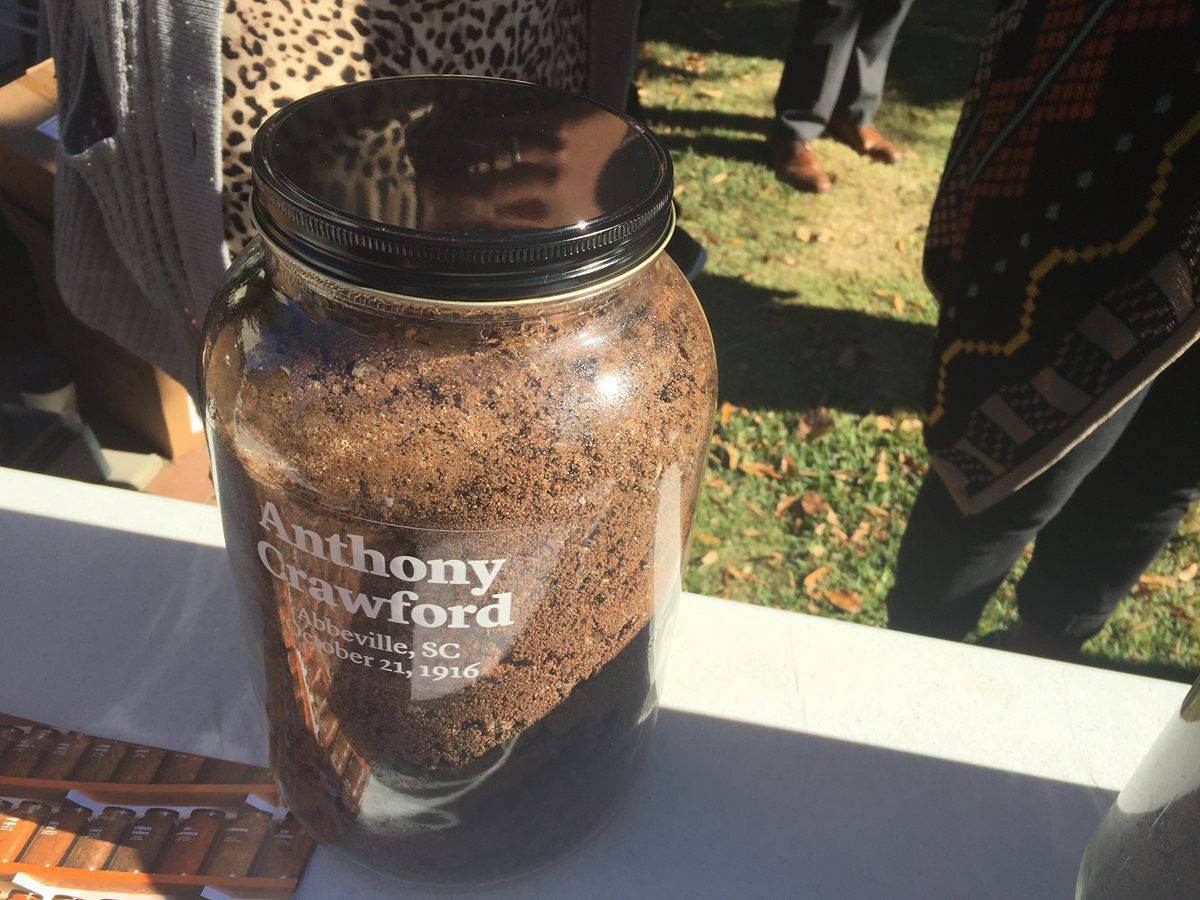 This marker was created to memorialize Anthony Crawford, a wealthy businessman in Abbeville, South Carolina who was lynched after an argument over the price of cottonseed. 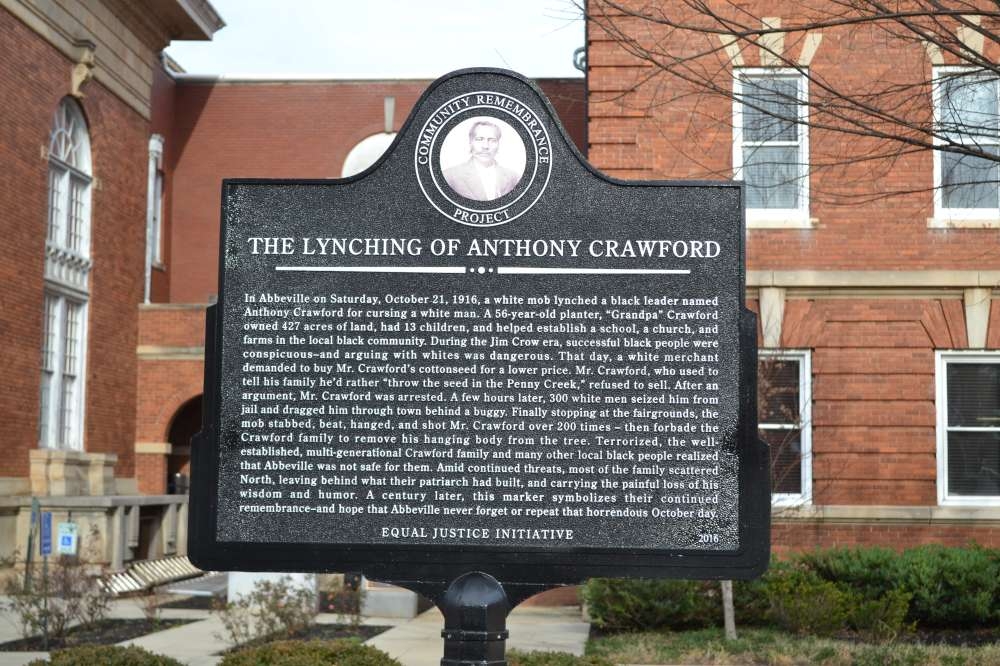 Anthony Crawford was born in 1865 to a cotton farmer just outside of Abbeville, South Carolina. Young Anthony was determined to be successful and took school seriously. When his father passed away he inherited his father’s 427-acre cotton farm and expanded it by purchasing 200 acres for $830. A few years in 1888 later he expanded further by purchasing another 100 acres for $670. In 1899 he bought 170 acres for $700 and 113 acres for $800 in 1903. His estate was worth $25,000 at the time of his death in 1916. Crawford used his own success and renown to found the Industrial Union of Abbeville County to “promote the material moral and intellectual advancement of the colored people”.

He was well known in town for his prosperity. He had all his farms in addition to other riches such as twelve head of cattle, eighteen hogs, six horses, two wagons, fancy farming equipment, and a new buggy as reported at one time. Crawford used his own success and renown to found the Industrial Union of Abbeville County to “promote the material moral and intellectual advancement of the colored people”. While he was known, he was not especially well liked in town because he was cocky, domineering, and refused to back down or be treated with disrespect. One instance tells of him striking a preacher at the church he belonged to and fired him because he complained about Crawford meddling in church affairs.

Crawford and his wife had sixteen children, twelve sons, and four daughters. He tried to pass on his success by paying for them to be college educated and providing them with farms nearby his own. He also passed on his attitude toward disrespect and insolence and some of his sons were involved in an argument with several white men in December of 1905. One of the men was shot and four of Crawford’s sons were convicted. He used his considerable wealth and clout to get the conviction overturned. He ended up only having to pay a $500 fine on their behalf.

On Saturday, October 21, 1916, Crawford headed into Abbeville with some of his cotton and cottonseed to sell. While waiting for the cotton gin he got into a verbal dispute with a local businessman, W.D. Barksdale who was trying to buy his cottonseed for less than what it was currently selling for. After the initial argument which involved Crawford cursing Barksdale, he fled the police and hid. When he was found by another man, McKinny Cann and they got into a physical altercation. The angry crowd beat and stabbed Crawford and he was near death by the time the sheriff got him away. Later the jail was surrounded by 300-400 men and he was dragged through town and into a nearby fairground where he was lynched. It is likely he was dead from his earlier beating before he was hung and shot.

Two of the participants were put on the jury and no evidence was taken before they ruled that Crawford was “killed by parties unknown”. During the aftermath, angry mobs ran Anthony Crawford’s family out of town and forced almost all of the businesses owned by African Americans to close. To memorialize Anthony Crawford a jar of dirt was removed from the site of his lynching and this marker was created in Abbeville, South Carolina.