Roanoke's Victory Stadium was built in 1942 and was the largest in the state of Virginia at the time of its construction with a seating capacity of 25,000. Prior to its demolition in 2006, the stadium was home to numerous college and high school football games, concerts, and even events such as stock car racing. Victory Stadium also hosted a preseason game played between the Baltimore Colts and Pittsburgh Steelers in 1961. Victory Stadium was also the site of several moments in sports history that reflected the goals of the civil rights movement, from a 1961 protest against the stadium's policy of segregated seating to the 1971 victory of an integrated high school team won the state championship.

Victory Stadium, Roanoke Virginia In the foreground, you can see the Roanoke river 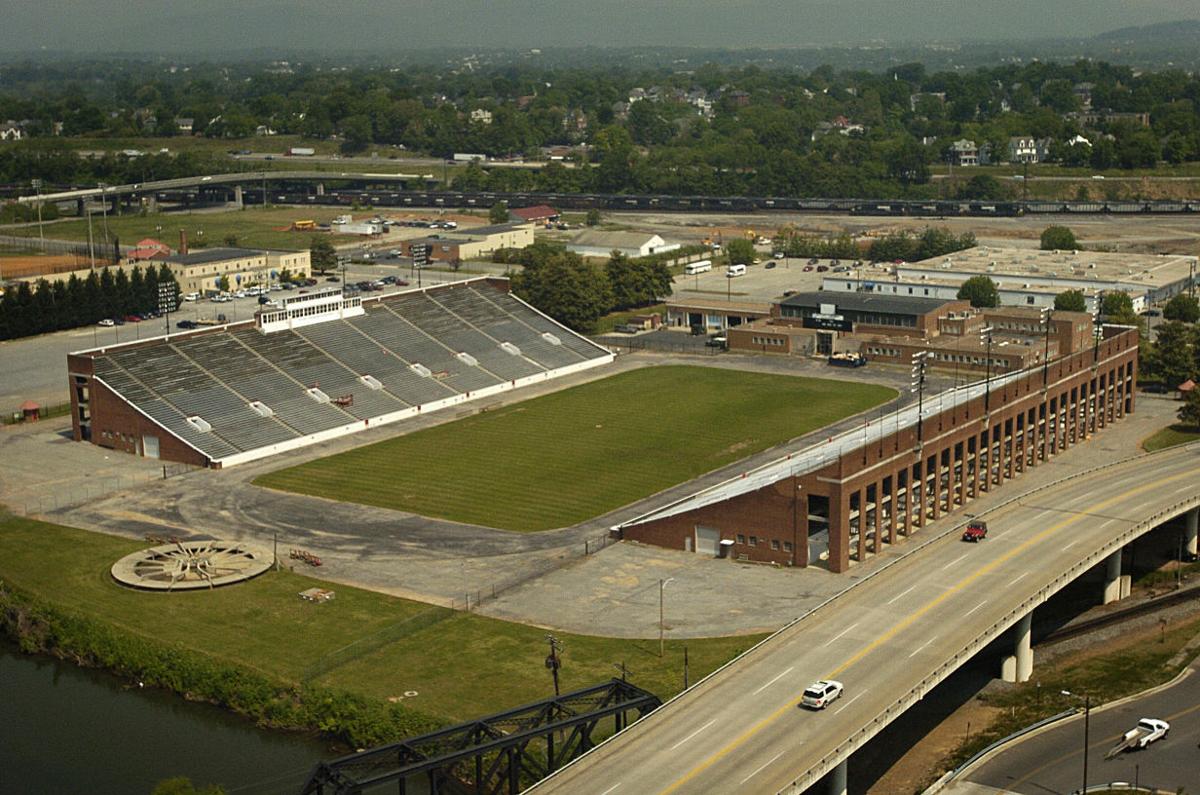 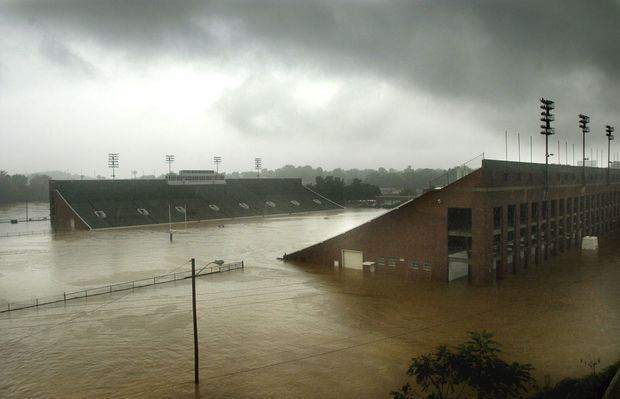 The stadium's name reflects a double meaning that transcends sport as attendees at the first games rallied for Allied victory in World War II in addition to cheering the home team to victory. The stadium hosted the annual Virginia Military Institute/Virginia Tech football game from 1942 until 1969. Victory Stadium was also the site of the "South's Oldest Rivalry" as it hosted games between the University of North Carolina and the University of Virginia from 1946-1950. The stadium also played host for the area's two high schools, William Fleming and Patrick Henry until the stadium's closure and demolition in 2006. Victory Stadium also hosted the Harvest Bowl from 1959 until 1969.
The stadium was also the site of two important moments in civil rights history. The first was a preseason game between the Baltimore Colts and Pittsburgh Steelers in 1961. Both NFL teams were integrated, but Victory Stadium required segregated seating along with most other stadiums in Virginia during this time. The NAACP sued the city of Roanoke to integrate the stadium and the players were asked to boycott. Despite the law mandating segregation, white city officials called on law enforcement to do nothing as African Americans sat in "white" sections of the stadium. Although the segregation law stood, the incident demonstrated that racial integration could occur peacefully.

The stadium was also the home of the 1971 Group AAA state football championship that saw the victory of TC Williams High School. Williams became the first integrated high school in the state of Virginia to win a football championship at the state's highest level, an achievement that was dramatized with the 2000 Hollywood film "Remember the Titans."
Victory stadium hosted numerous concerts and events, including stock car racing until its closure in 2006. Yearly flooding of the Roanoke River, just outside the stadium's fences, often covered the playing surface. The stadium was demolished on June 26, 2006, despite years of efforts of local citizens to renovate and update the historic stadium.