Toler Hall was one of the first residential dorms for the University of San Francisco and were completed in 1955. The building was renamed from Phelan Hall to Burl A. Toler Hall on May 9, 2017. Burl A. Toler was an alumnus of the university and a former athlete. Toler was also a co-captain of the undefeated 1951 San Francisco Dons Football Team. Toler also became the first African American referee for any professional sport as well as the first African American secondary school principal in San Francisco.

A picture of Burl Toler in his officiating uniform. (University of San Francisco). 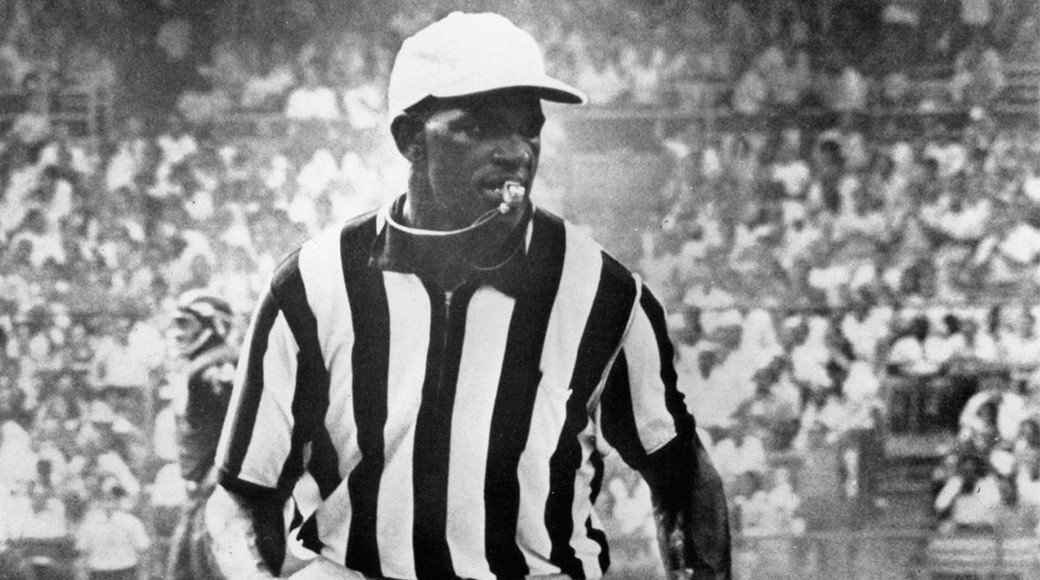 A picture of the unveiling during the dedication. (The Rafu Shimpo). 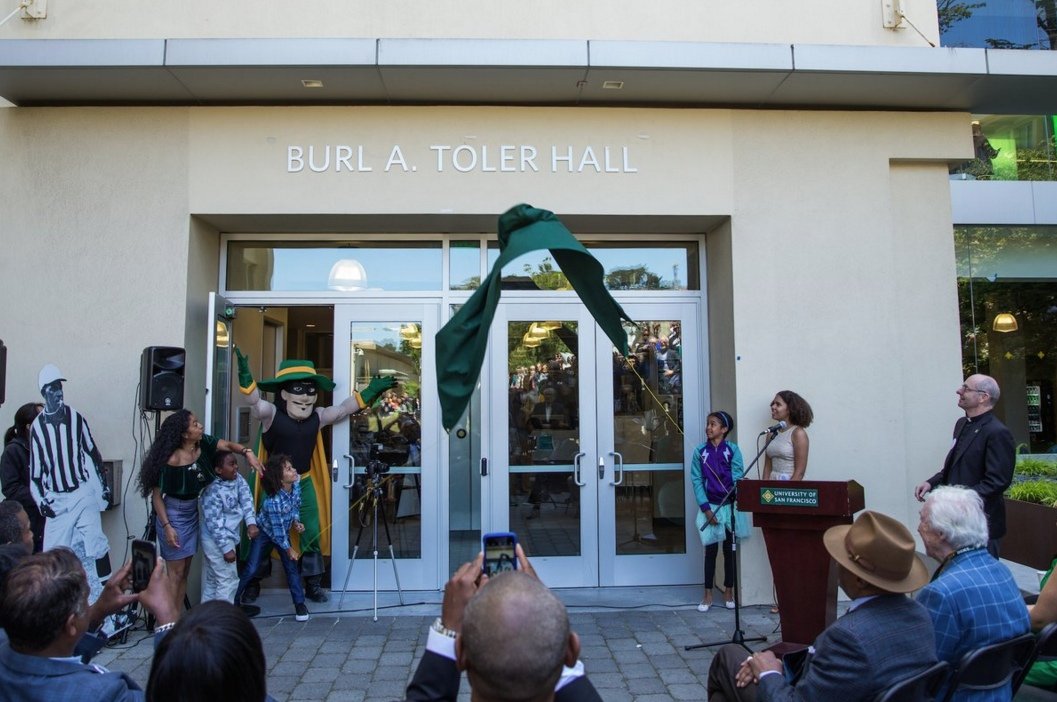 On May 9th, 2017, the University of San Francisco dedicated this hall as Burl A. Toler Hall. Formerly known as Phelan Hall, this building was the University of San Francisco’s first resident hall. The man for whom it was previously named in 1955, when it was built, was James D. Phelan. He was rumored to be involved in the anti-Japanese movement in the area. Thus the decision was made to rededicate the building to Burl Toler.

Burl Toler achieved many things in his lifetime. He was a member of the 1951 San Francisco Dons Football Team. He was one of only two African-American players on this team. He had the opportunity to play in the NFL until a knee injury in a college all-star game ended his career in 1952. He was also the first African-American referee for any professional sport and officiated three NFL Super Bowl games before he retired.

As mentioned, Toler and Ollie Matson were the only African-American players on the San Francisco Dons Football Team. The team went undefeated that year with a record of 9-0. The team gained interest from the Orange Bowl and was invited to play in it. However, there was a stipulation that was not welcome. The team was requested to leave Toler and Matson behind. Unanimously, the team elected to turn down the invitation with a sort of all for one and one for all logic. The official stance on this subject by the Orange bowl, however is that it never happened.

With the school financially troubled, those who were not seniors had to transfer to other schools but this did not change their mind. They stood by each other as a family and Toler was at the epicenter of such. Toler, who was team captain and played linebacker, belonged to the Bay Area Hall of Fame, and was a USF Trustee. Much of his adult life was spent in the area and performing for schools in such. He passed away in 2009, but left behind a legacy that will be remembered forever with his name honored by the University of San Francisco.