The National Infantry Museum and Soldier Center is a museum located in Columbus, Georgia, just outside Fort Benning. It is one of the Army’s largest installations, the home of the Infantry. The 190,000-square-foot museum opened in June 2009 on a 200-acre tract of hardwoods and pines just outside the gates of the Fort Benning Maneuver Center of Excellence. The facility tells the story of the United States Army infantryman, from the American Revolution to Afghanistan. The museum houses artifacts from all eras of American history and contains interactive multimedia exhibits. The National Infantry Museum emphasizes the values that define the infantryman, as well as the nation he protects: loyalty, duty, respect, selfless service, honor, integrity, and personal courage.

View of the Museum 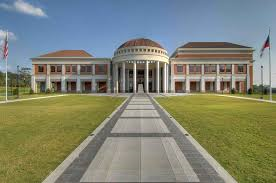 Exhibit in the Museum 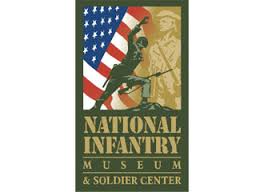 The National Infantry Museum emphasizes the values that define the Infantryman, as well as the nation he protects: Loyalty, Duty, Respect, Selfless Service, Honor, Integrity, and Personal Courage. It preserves and displays one of the greatest collections of military artifacts in the world, but it is a museum of people, not things. As a visitor, you will meet the Infantryman face to face and join him on his journey. You will come to understand why an Infantryman does what he does, why he puts himself in harm’s way in defense of an idea and you will leave transformed, just as the Infantry transforms the man into the Soldier.

Prior to closing in April 2008, the National Infantry Museum was housed in an old Army hospital on Fort Benning. Space and conditions for the museum’s enviable collection of artifacts were inadequate. There was a failed attempt to raise money for a new museum in the 1970s. In 1998, the 501 (c)(3) National Infantry Foundation was formed for the sole purpose of planning, raising funds for and operating a new museum. The Foundation has since formed a formal partnership with the Army to manage the facility and its priceless contents. Each week, Fort Benning graduates hundreds of soldiers on a parade field just behind the museum. These graduations draw friends and family members from all over the country. A visit to the museum is an integral part of the curriculum for every new Soldier.

In April 2012 — less than three years since opening — the National Infantry Museum welcomed its 1,000,000th visitor. It has received coverage in national and foreign media and is the recipient of the prestigious Thea Award by members of the themed entertainment industry. The National Infantry Museum does not receive federal, state or city funding. Through its lease agreement with the Foundation, the Army reimburses the Foundation for approximately 30 percent of the museum's annual operating expenses. The museum relies on donations, memberships and revenue-generating attractions such as the IMAX Theatre, Combat Simulators, Fife and Drum Restaurant, Soldier Store and catering to cover operating expenses.

This museum isn't designed for struggle-averse mush-heads (although they are certainly welcome to come look). Its primary visitors are soldiers, former soldiers, and the families of soldiers, who come during the enlistees' basic training at Fort Benning. They reportedly think the place is great. For the on-the-ground infantryman, it's a surprisingly hi-tech museum ($100 million was spent on it, and even that wasn't enough; the museum remains unfinished). While the old museum had its dusty mannequin charms, this vast expansion joins the military museum elite.