Major Kenneth D. Bailey has become a very well-know United States Marine by being a recipient of the Medal of Honor, Silver Star Medal, and the Purple Heart. He started his journey in the Illinois National Guard and worked his way up to become a First Lieutenant. He served in World War II, specifically the Battle of Tulagi, the Battle of Bloody Ridge, the Guadalcanal Campaign, and in the actions along the Matanikau River.

This is a picture of Major Kenneth D. Bailey in his United States Marine Corps uniform. 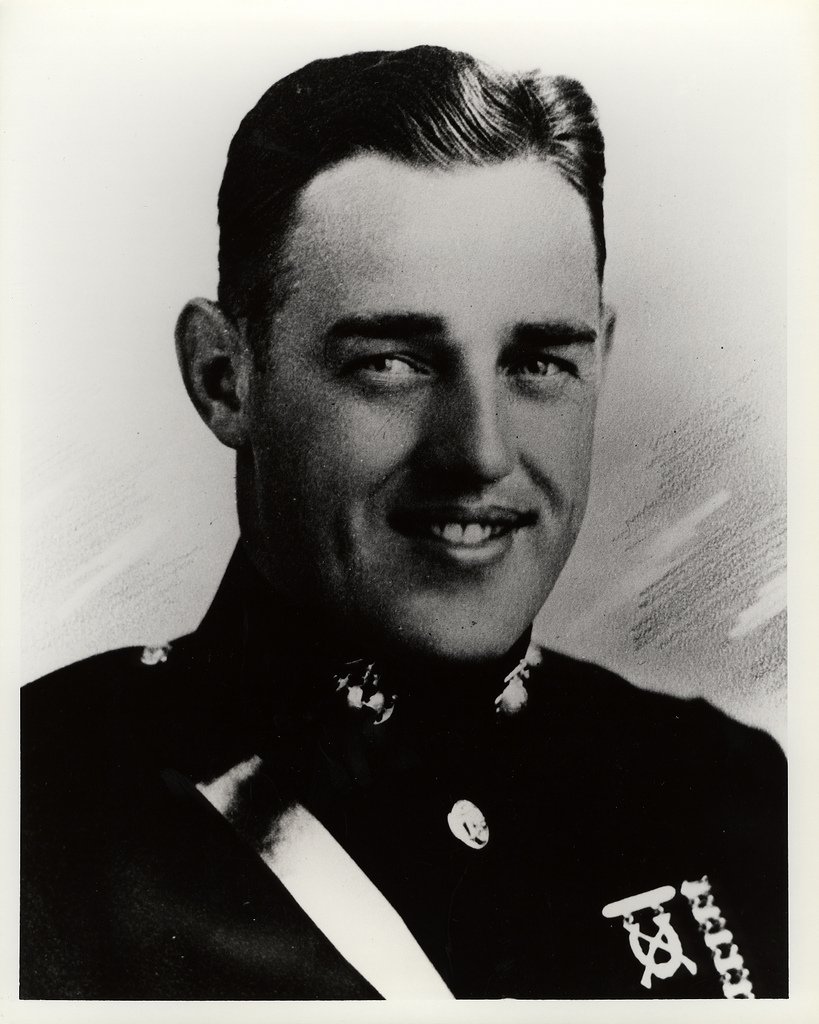 Located in Danville, Illinois, Major Bailey's plaque explains the commitment and accomplishments he made during his lifetime. 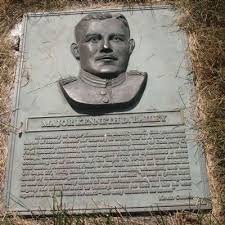 Kenneth D. Bailey was born on October 21, 1910 in Oklahoma. He later moved to Illinois where he studied the United States Marine Corps at the University of Illinois. After graduating, he decided to join the 130th Infantry in the Illinois National Guard, where he was very successful. After serving for three years, Illinois promoted him to the rank of Second Lieutenant on July 1, 1935. In June 1938, Bailey was transferred to a Marine detachment on board the USS Pennsylvania, and was promoted a month later to First Lieutenant.

Following his promotion, he completed Basic School in Philadelphia, Pennsylvania.  Afterward, he worked with the Fifth Marines in Quantico, Virginia. During World War II in 1942, he led a Raider Battalion Company in the Solomon Islands, located close to Australia. He and his company tried to attack an enemy machine gun group when he was injured. After his short recovery, he was sent to Guadalcanal, part of the Solomon Islands, to fight against the Japanese forces.  He died in action there on September 26, 1942.